With the last sections of cables connected on Tuesday morning in Liantang Town, Qingpu District, a 10-kilovolt power distribution line linking Qingpu in Shanghai and Jiashan in neighboring Zhejiang Province was complete.

This marks the completion of the first cross-provincial power distribution network of its kind in the Yangtze River Delta Region.

But the lack of cross-province low voltage power lines in the region has created supply problems for residents living in its border areas, where existing distribution networks usually terminate.

“The far ends of the networks can often be unstable,” an official from State Grid Shanghai Company told Shanghai Daily. “Once the network breaks down, it will also take some time to repair because you can’t directly guide 500-kilovolt power from the neighboring province directly to residents.”

The new 10-kilovolt lines connecting Qingpu and Jiashan will provide an alternative power source for both locations.

“If the network in Qingpu glitches, the power from Jiashan will immediately reach Qingpu,” said the grid official. “And vice versa.” 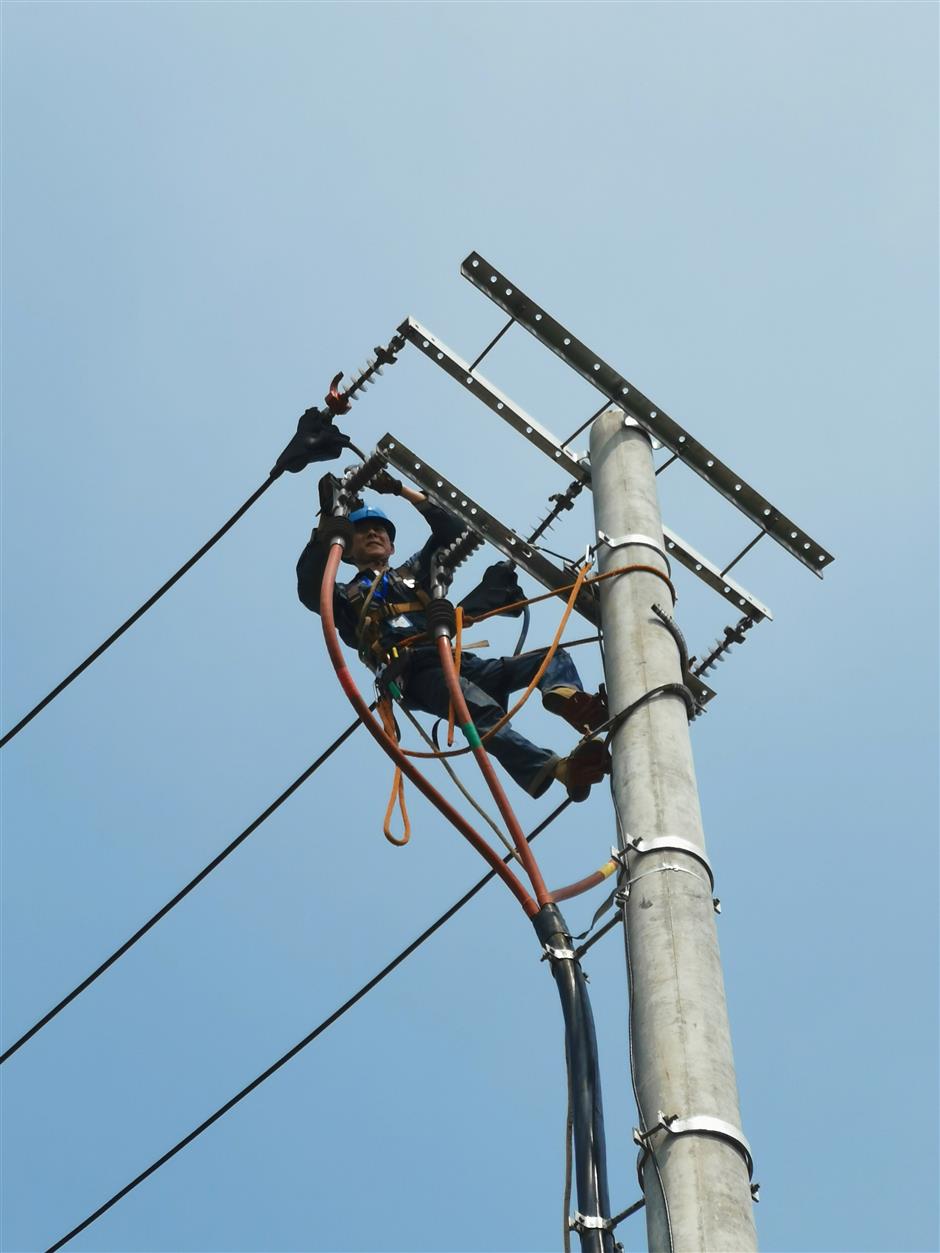 An electrician working on top of the 10-kilovolt cross-provincial power line connecting Zhejiang Province and Shanghai on Tuesday.