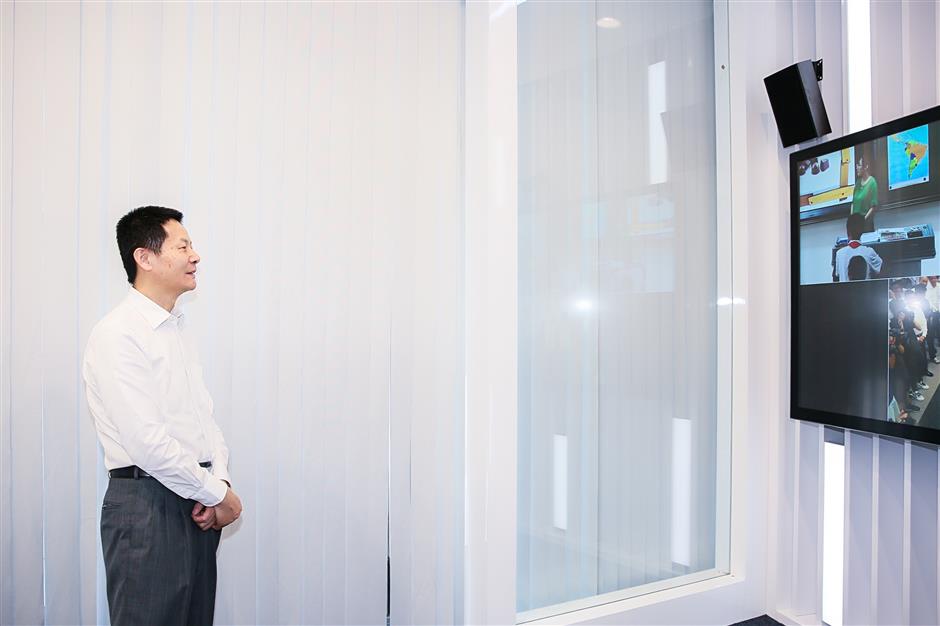 The world's first 5G application exhibition and innovation center was launched at the North Bund waterfront on Tuesday.

The 5G International Innovation Harbor, in a four-story building along the Huangpu River in Hongkou District, has an exhibition hall displaying the most updated applications based on 5G, the next generation of mobile communication technology, along with innovation platforms for global enterprises to join the development.

The 5,558-square-meter building on Yangshupu Road, birthplace of many China's earliest industries, has nine sections on the ground floor to display 5G network construction, its industry chain, applications and scenarios as well as an experience section with equipment and a cinema.

Leading Chinese technology companies, including Huawei, ZiFiSense and Lora, display their technologies, facilities, products and scenarios based on 5G on the second floor.

A futuristic outlook at 6G technology, or 5G plus low earth orbit mobile-satellite communications, is showcased on the third floor.

The top floor exhibits the surrounding 5G applications at the North Bund area. The Beiwaitan Subdistrict has applied 5G in government affairs, traffic and public security.

Shanghai has become one of the leading Chinese cities on 5G development after major carriers China Mobile, China Unicom and China Telecom debuted their 5G networks in Shanghai in June, said Zhang Jianming, deputy director of the Shanghai Commission of Economy and Informatization. 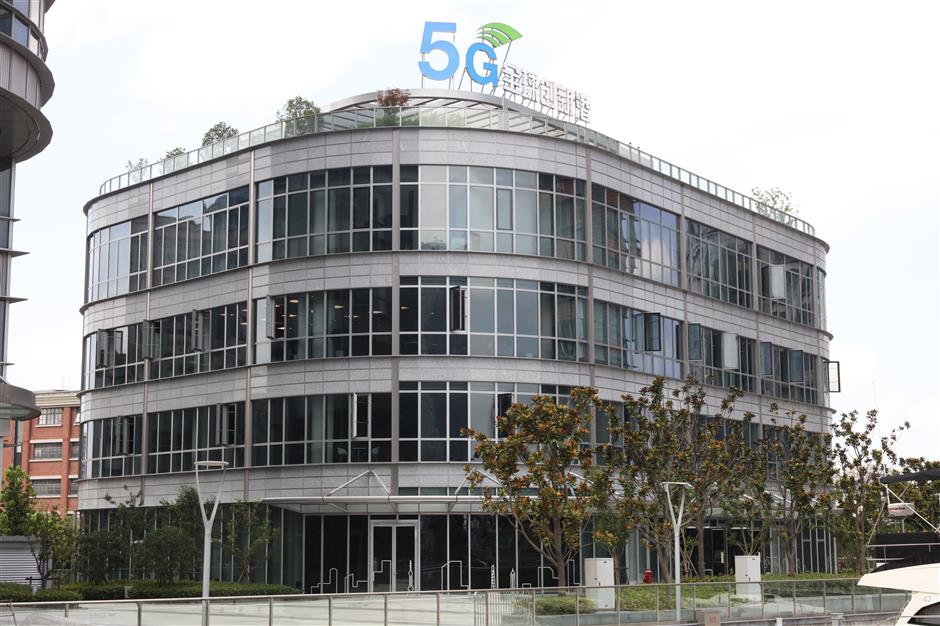 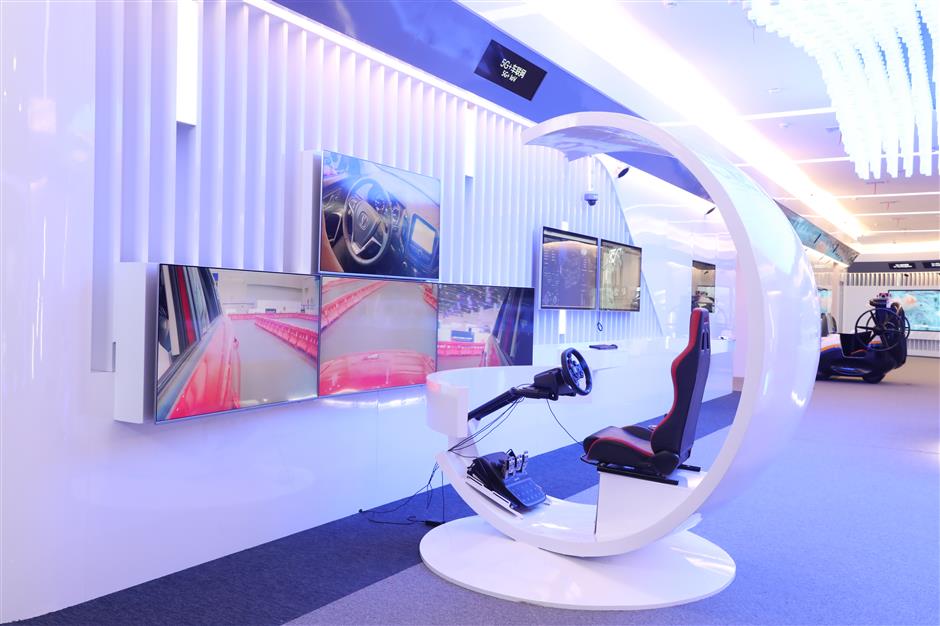 The city had over 8,800 large 5G outdoor base stations and nearly 6,000 indoor small stations to cover 598 buildings citywide by the end of August, Zhang said, with 5G technology mainly used for manufacturing, medical and urban management.

The industry scale of 5G manufacturing, software and information services is estimated to reach 100 billion yuan (US$14 billion) by 2021.

As the first district to complete 5G coverage, Hongkou had installed 610 base stations by the end of August. The North Bund area has been covered with super fast mobile Internet 5G network.

Test data showed the 5G network able to provide a peak single-user download speed of 1.6 Gbps, nearly 16 times faster than 4G. Aside from speed, the low latency of 5G network is especially helpful for applications of the Internet of Things.

As a key site for Hongkou’s development, the North Bund area along the Huangpu River is home to over 4,500 shipping companies and 1,200 financial companies and institutions. Over 3 million square meters of office buildings have been built along the riverside to offer a first-class environment and services to global companies and professionals.

Meanwhile, 10 major 5G applications were released at the harbor on Tuesday, covering medical services, education, finance, retail, public security, fire prevention, urban management, construction and sports. Many of the services are being offered at hospitals, schools, construction sites and sports venues in Hongkou.

Shanghai General Hospital, for example, has been working with China Mobile on patient information transmission and communication between ambulance doctor and hospital via 5G. 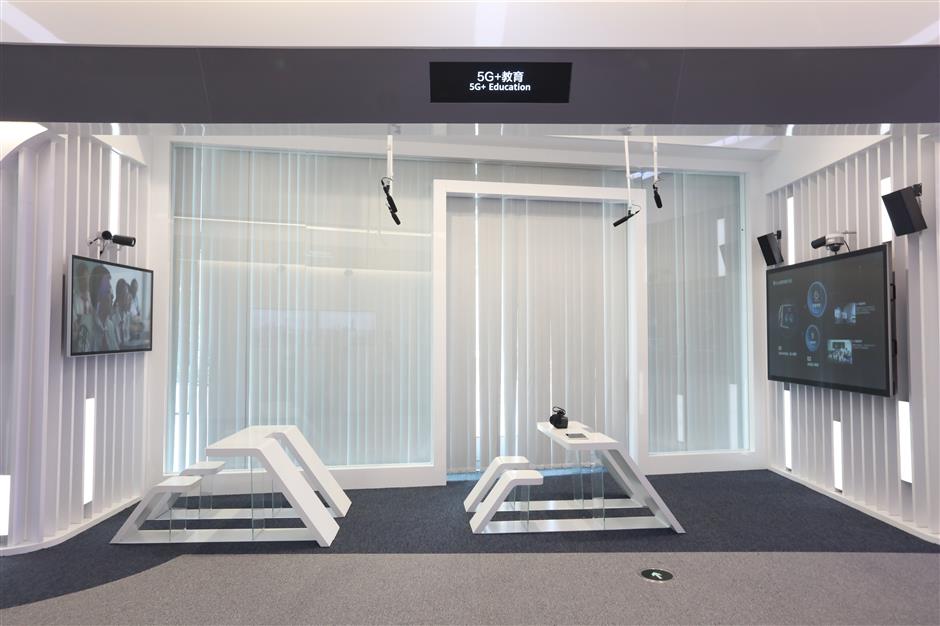 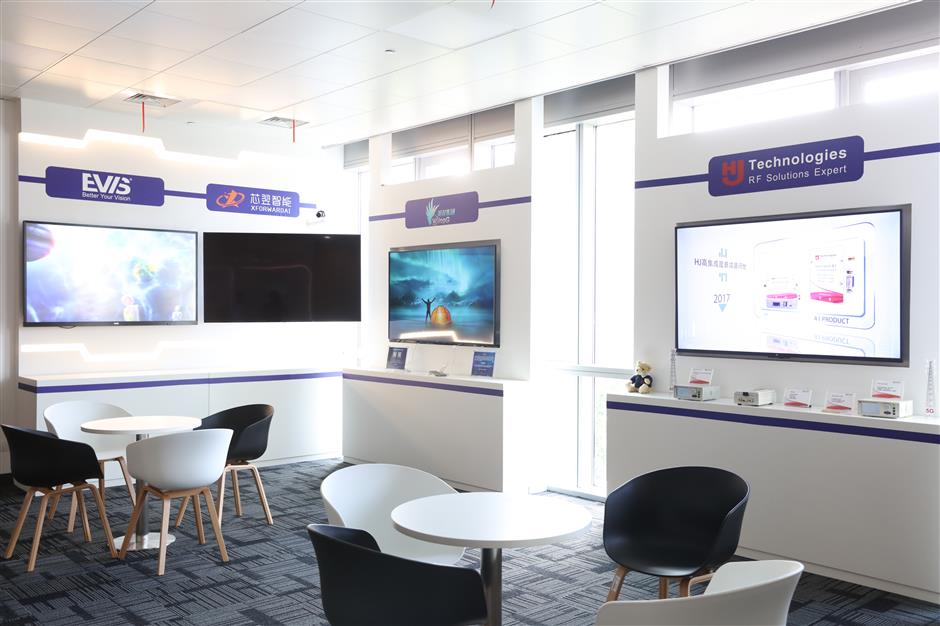