Police get tough on ride-hailing offenses along the Bund

Law enforcement officers from the city’s traffic authority recorded 33 cases of illegal ride-hailing during a two-day inspection along the Bund on Monday and Tuesday nights.

One such case from Monday night involved a taxi driver surnamed Zhou who refused to accept metered fares, police say. Instead, he attempted to negotiate with several groups of tourists, demanding higher fares than he could charge with his taxi meter.

Officers found that Zhou had already been punished twice this year for cherry-picking fares and ripping off passengers. Police say his license to operate a taxi will be revoked.

Also on Monday, an unlicensed driver surnamed Lu was found by police to be soliciting fares on Didi Chuxing. Police became suspicious when the driver’s information on Didi did not match the license he handed over to officers.

His face also didn’t resemble the one on the license.

It turned out that Lu had already lost his license after losing all 12 of his driving points, police say. Yet in order to continue driving, he borrowed the license of a friend.

The officers seized Lu’s car and issued him a 10,000-yuan (US$1,405) fine. They will also file a case against Didi for allowing an unlicensed driver to operate on its online ride-hailing service. 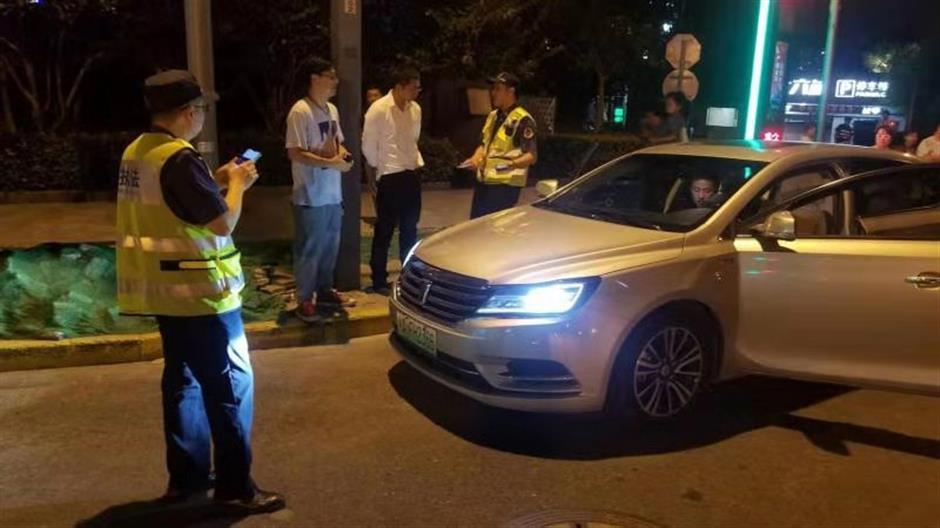