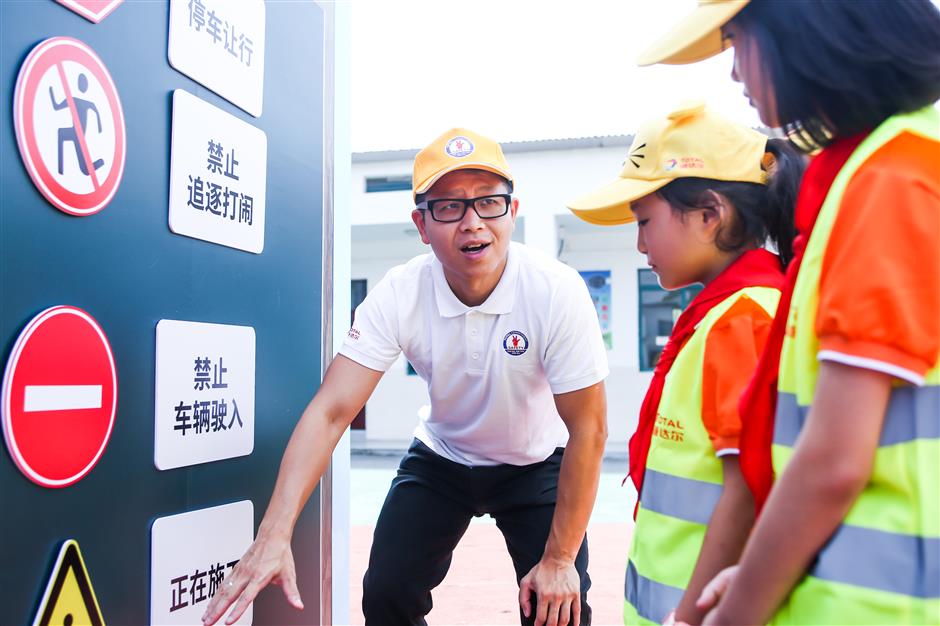 A volunteer teaches students what each traffic sign means.

A road safety program was launched at Yumiao Primary School in Minhang District, where about 200 students learned about traffic signs and played games to test their knowledge.

They also put on virtual reality headsets to apply their knowledge of road safety in simulated scenes, such as the right way to cross the road using a zebra crossing and how to escape if a bus goes on fire.

Qiu Jian, a traffic officer, talked to them about traffic rules and how to keep themselves safe.

“All the students in our school are children of migrant workers. Many of their parents are so busy that they have to go to work early and let children come to school by themselves, which means road safety education is extremely important,” she said. “We are glad to see more social organizations participating in such education that will benefit our kids and their families.”

The program will be launched in other primary schools in Shanghai, Wuhan and Guangzhou over the next three months. 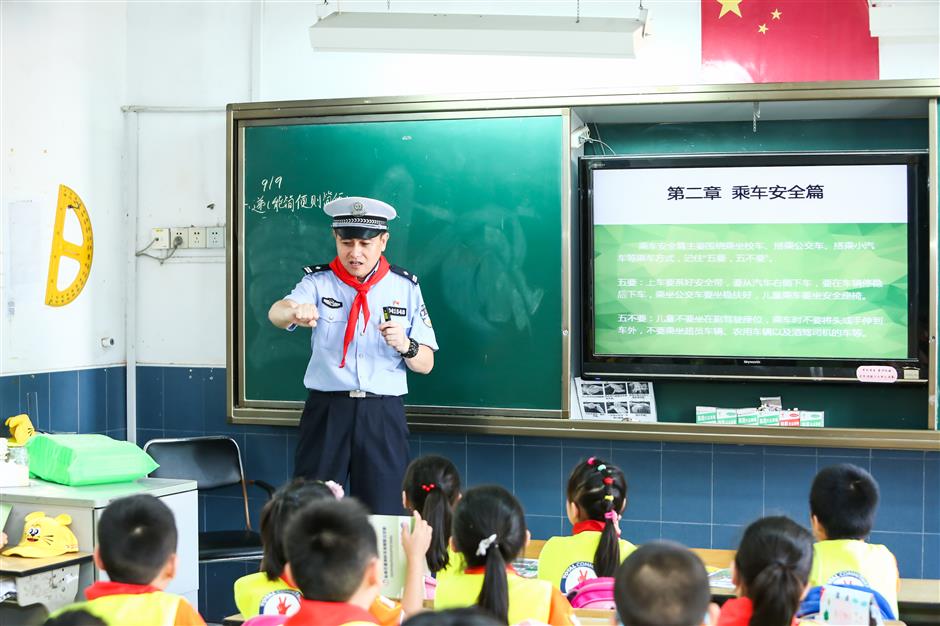 Traffic officer Qiu Jian talks to students about traffic rules and how to keep themselves safe. 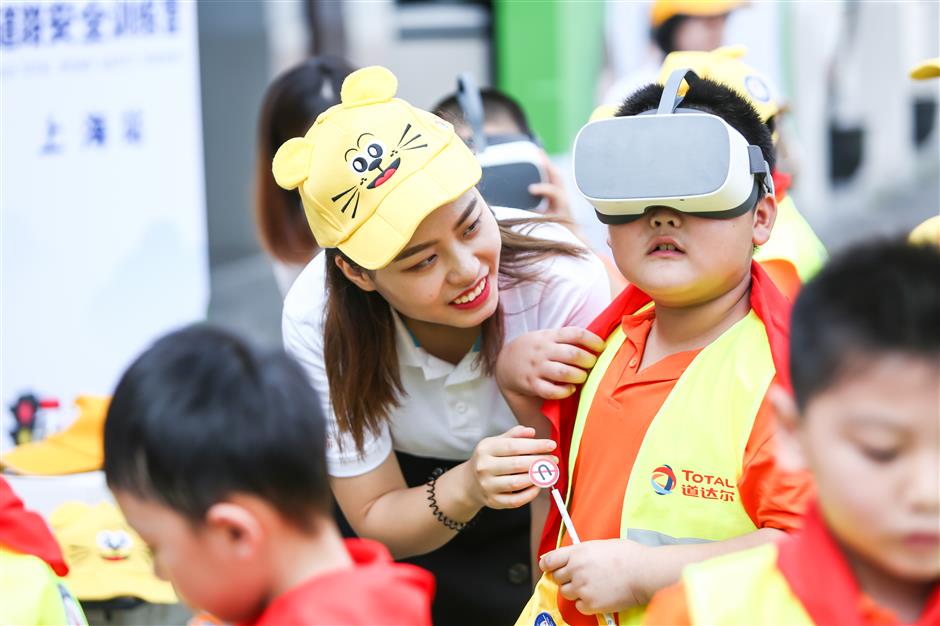 A student tries on a virtual reality headset as he puts his road safety knowledge to the test.