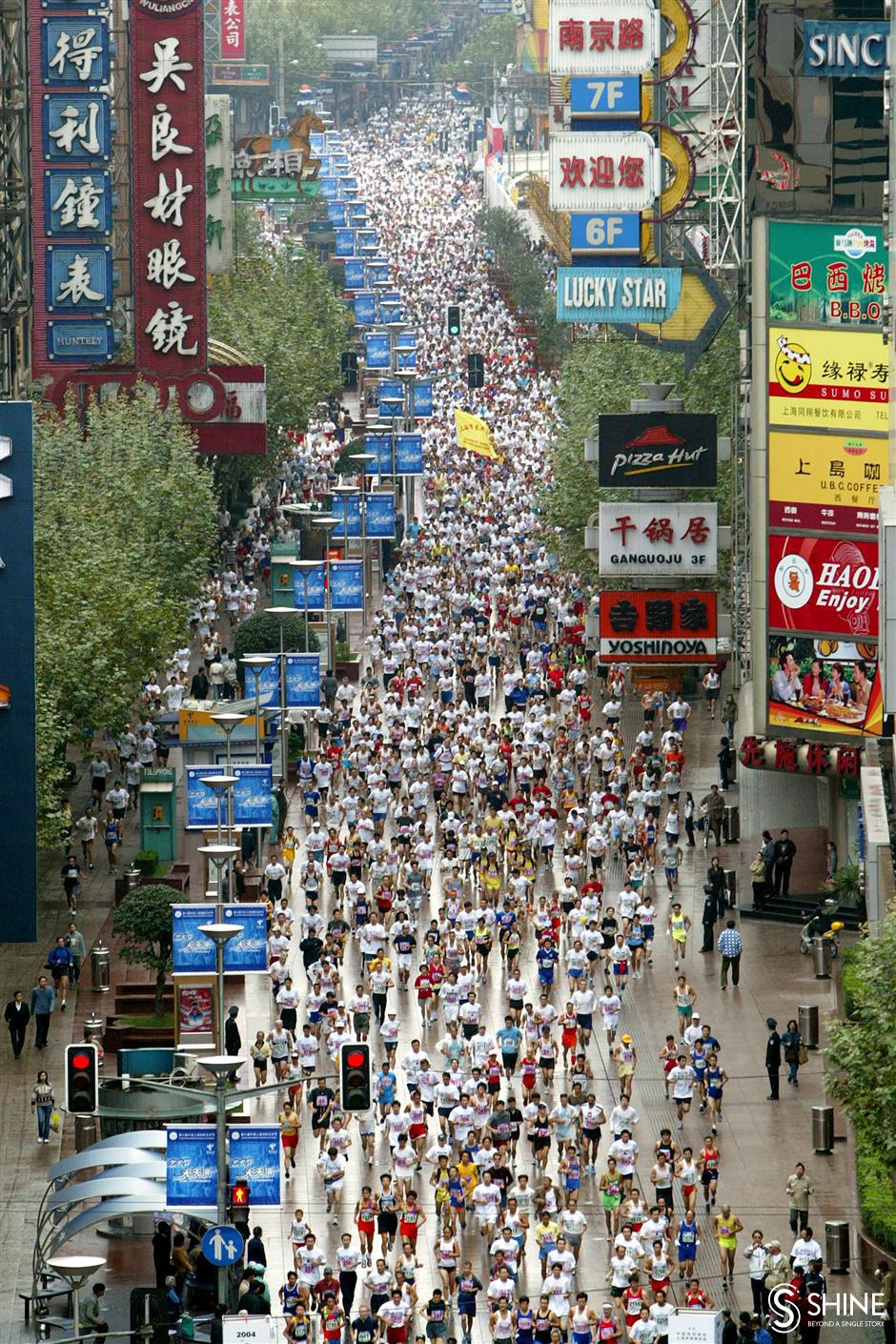 The Nanjing Road Pedestrian Mall is to be extended eastward to the Bund to satisfy the growing number of shoppers and make it one of the world's finest commercial walking streets.

Nanjing Road E., or “China’s No. 1 Street,” was originally built in 1851 as one of the city’s first modern roads. Initially, it will be extended to Sichuan Road M. from its current end on Henan Road M. and eventually to the Bund, said Chao Kejian, director of Huangpu District.

The extension project will begin around January in 2020 and some bus routes have been rerouted to make way for the plan, Chao said.

"Top global designers will be invited to develop the road into the world's top commercial walking street with new landscape attractions," Chao said. The new section will have different features from the existing part of the street to suit various demands, he added.

The extension is part of a plan by Huangpu District to improve the appeal of the landmark road and celebrate the 20th anniversary this year of it becoming the city's most famous pedestrian street.

New flagship stores will be introduced to the street, traditional shopping malls will reopen after renovation, while time-honored brands will offer new products and services.

Nanjing Road was constructed in 1851 as “Park Lane” from the Bund to a racecourse on today’s Henan Road. It was widely called “Da Malu” in Chinese, which means “Great Horse Road.”

It was converted to a pedestrian street and unveiled to the public on the night of September 20, 1999. The street, known as the pedestrian mall, stretches 1,033 meters between Xizang and Henan roads. Over a million citizens and tourists visited and shopped on the road on that night two decades ago.

Its granite tiles in gold, plants in boxes and gardens, an iconic public plaza, a fountain and the spectacular neon advertising signs were all novel attractions for tourists and local residents alike. 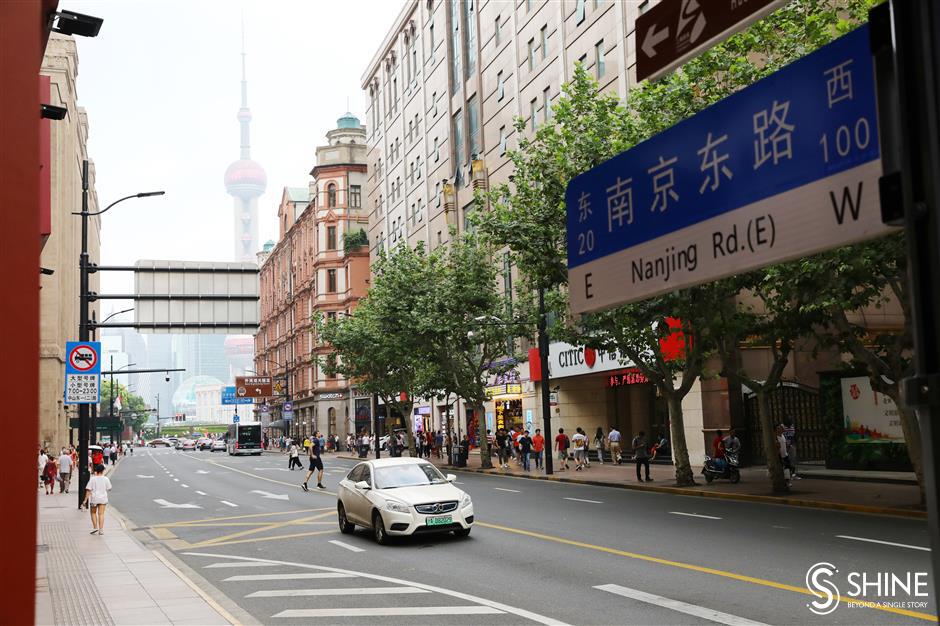 The Nanjing Road walking street will be extended eastwards to the Bund to cater for the growing number of shoppers. 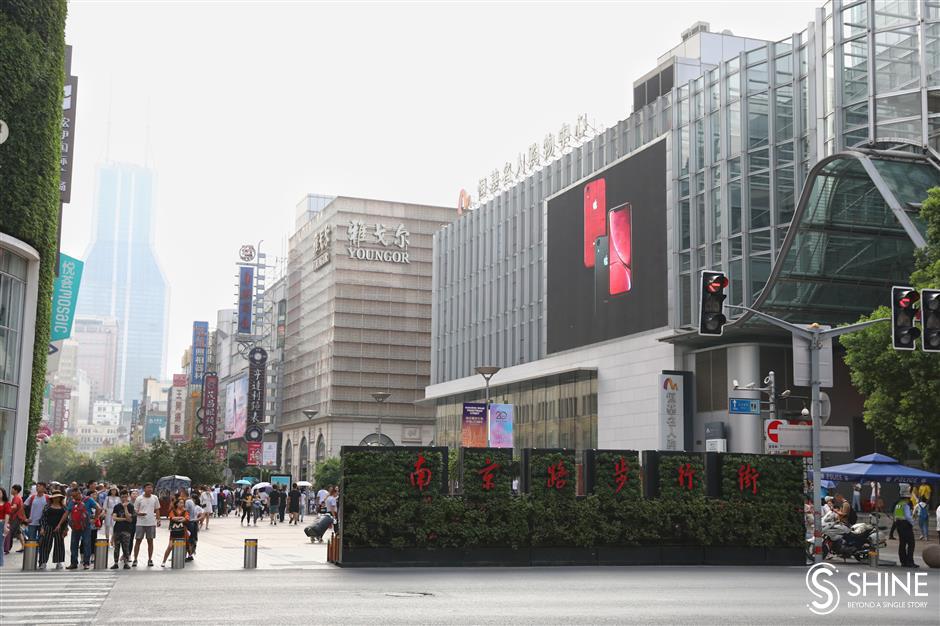 Last year, the walking street was listed by the Ministry of Commerce as one of China's first batch of pedestrians roads to become high-quality and tasteful with renovations and improvements.

Lately, the entire Nanjing Road E. has been covered by 5G, the next generation of mobile communication technology, a key factor for its future development.

China's tech giant Huawei is to open its global flagship store, covering some 7,000 square meters and triple the size its current largest store, on the walking street.

The company signed an agreement with the Shanghai New World Holding Co on Wednesday to set up the store at the historical Nanjing Building at 257 Nanjing Road E., once home to an upper-class silk emporium, Laou Kai Fook & Co Ltd, in the 1930s.

"The store will become a technological landmark featuring Huawei's latest technologies to attract tourists from around the world who are curious about the future," said Zhu Yonggang, a senior Huawei official.

Shanghai New World, the iconic department store that opened in 1995, will reopen by the end of 2019 after a nine-month facelift.

The department store near the western end of the Nanjing Road Pedestrian Mall had long been popular, especially for its New Year's Eve sales. 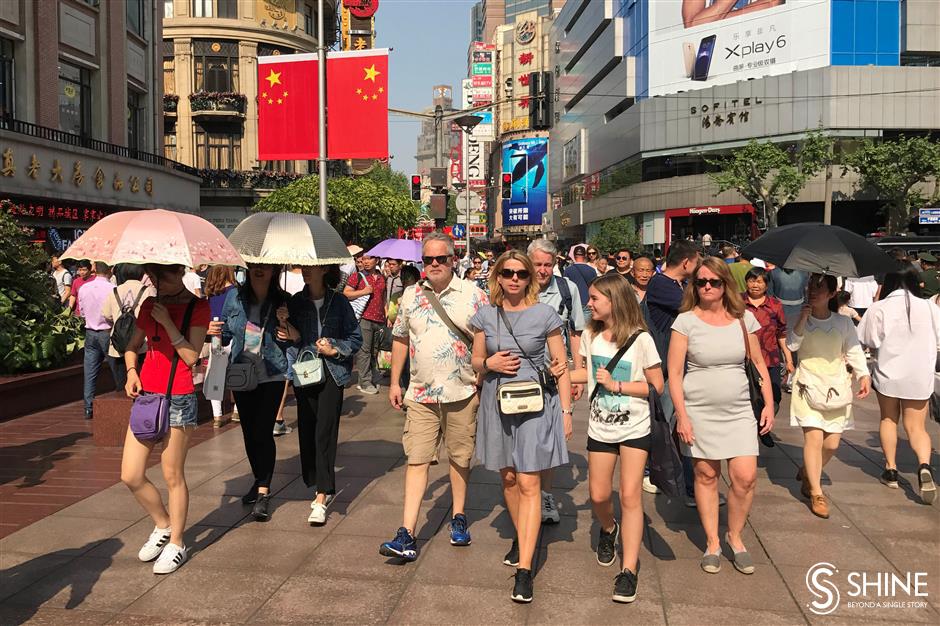 Foreigners among the crowds on the Nanjing Road walking street 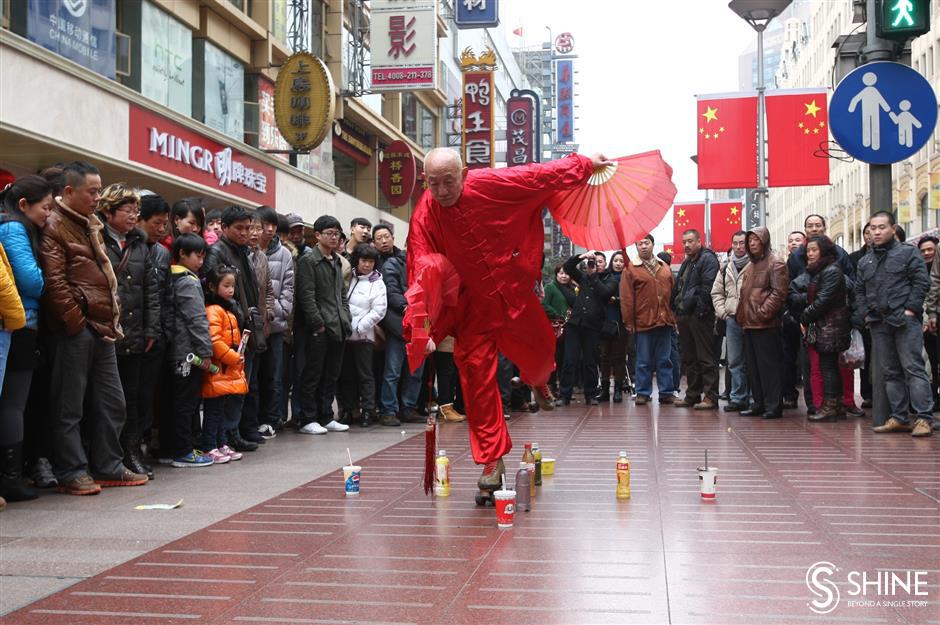 A street artist performs on the pedestrian mall.

However, it has been struggling in the face of new shopping trends with its traditional layout and style of shops mainly serving middle-aged, nostalgic customers.

Though brick-and-mortar stores on the road have taken a bit of a beating recently as everything has gone online, traditional department stores are fighting back, especially in Huangpu, where over half of the city’s commercial facilities are based.

The Nanjing Road shopping cluster, for instance, attracted some 150 million customers in 2018, including over 45 percent of local citizens. They spent more than 35 billion yuan (US$4.9 billion) through Unionpay alone last year, a more than 10 percent increase, according to the Huangpu government.

"The brick-and-mortar stores will coexist with the Internet and changing the business modes to each other," Chao said. He said the Nanjing Road walking street has been increasingly favored by the generation born after 1990 and 2000, while more domestic and international brands had been attracted to the street.

Flagship stores opened by adidas, Nike, Lego and M&M's on the street have resulted in over 60 percent of customers on the walking street being below the age of 30. And the number of customers at their 20s has increased to a third from fewer than 20 percent in 2017.

"Annual consumption on the road still has the potential to increase by four to five times," Chao said. The street will work together with nearby landmarks such as the Bund, People's Square and Beijing Road to create a core commercial golden area, Chao added. 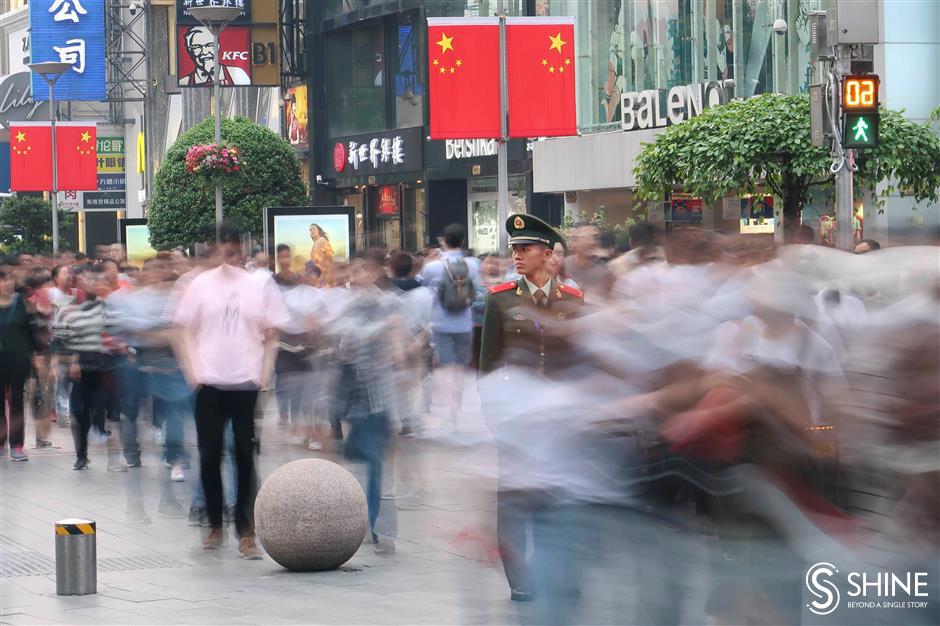 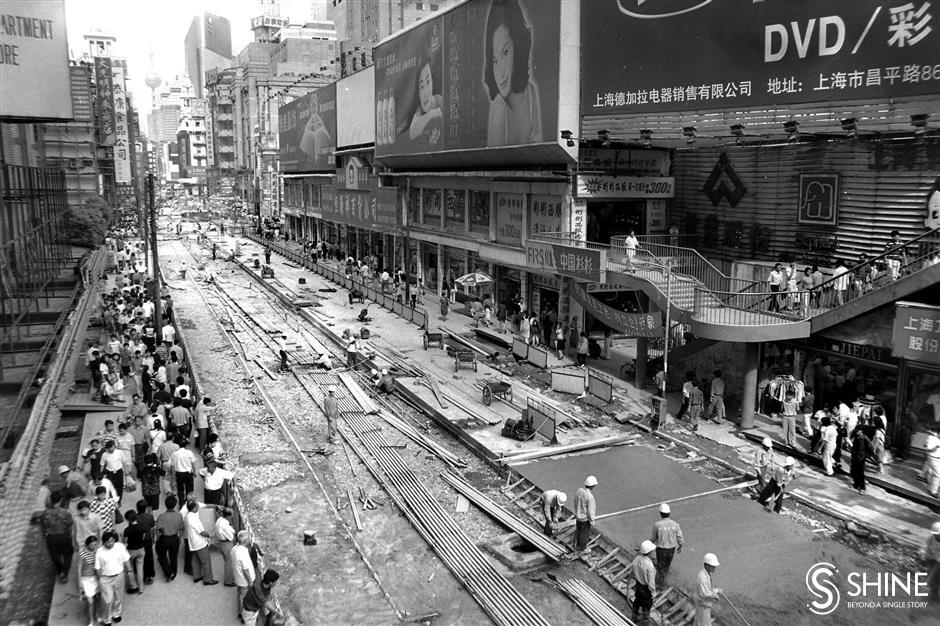 A photo taken in 1999 shows a section of the Nanjing Road E. being renovated into a pedestrian road.