Dreams of an Israeli legend 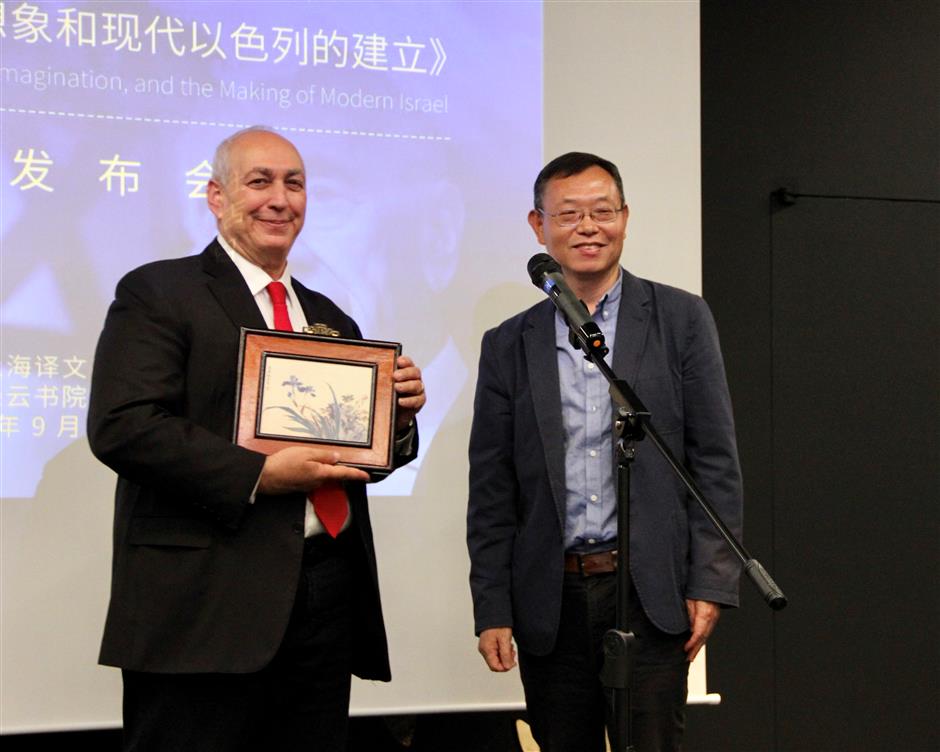 A Chinese version of the autobiography of Shimon Peres, former prime minister and president of Israel, was launched at the Duoyun Bookstore in Shanghai Tower on Wednesday with his son, Chemi Peres, sharing his father's stories with readers.

"No Room for Small Dreams: Courage, Imagination, and the Making of Modern Israel," published by the Shanghai Translation Publishing House, is a posthumous autobiography of the politician and Nobel Peace laureate who died soon after completing the story of his life.

The memoir begins with Peres leaving his native Poland and heading to Mandatory Palestine, where he went to school. With the support and guidance of David Ben-Gurion, the primary national founder of the State of Israel, he later embarked on a career in politics. 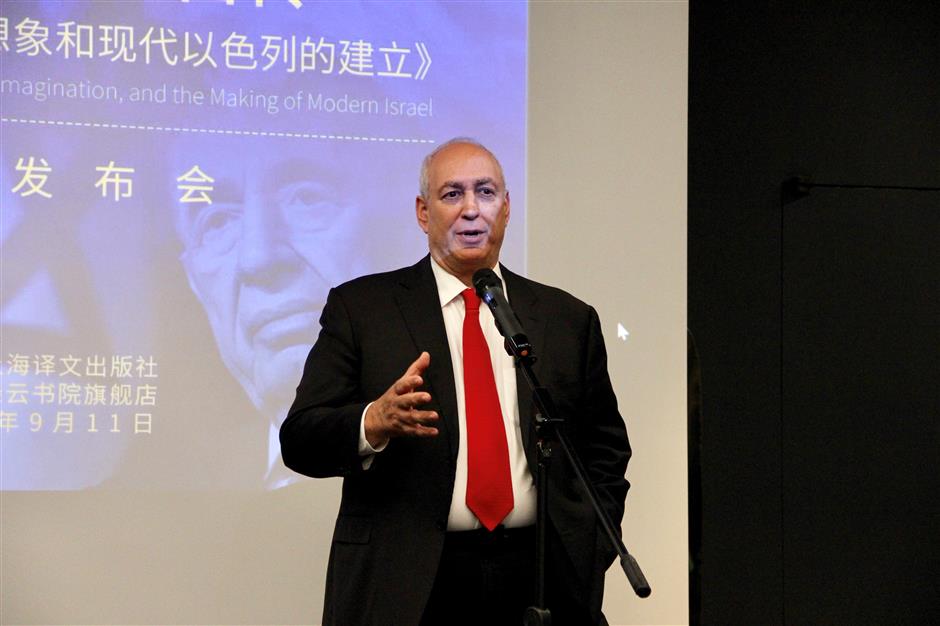 Chemi Peres talks about his father at the launch ceremony of a Chinese version of Shimon Peres' autobiography.

From the perspective of a witness and decision maker, Peres recorded the history of Israel from the first half of the 20th century and each critical moment for the country. In the book he tells various behind-the-scenes stories and reveals decisions unknown to the public and explains the background to historical events.

He worked hard for most of his life to bring peace to the Middle East and was one of the founders of the Israeli aircraft and aerospace industries.

At the book launch, his sone said: "My father is urging us to leave the past behind us, to say goodbye to a world of wars and enter a new era — an era of collaboration when human beings can deal with global threats and challenges that are created by us and solve together all the problems that are arising upon us — climate change, global terrorism, global economy, mobility of people. Let us work together to make a better world."

For the title, he said a lot of people in the world today are afraid to dream while a lot of people dream but are afraid to realize their dreams. "Maybe they would fail, maybe they would be disappointed. But my father's book is telling us exactly the other thing — dream all the time, never stop dreaming, realize your dreams and always make sure that your dreams are big. Otherwise you might be disappointed."

According to Dr Eyal Propper, the consul general of Israel in Shanghai, it was not a small thing to have the book in Shanghai, the city that was so good to the Jewish people when they escaped from Europe before World War II. "When they found shelter there and many of them later left China to come to their home in Israel and they took part in building the new relationships between China and Israel. I hope that all of us could continue to build these bridges between China and Israel, between Chinese people and Jewish people and I wish all of us to continue with the pursuit of more cultural exchanges between the two nations." 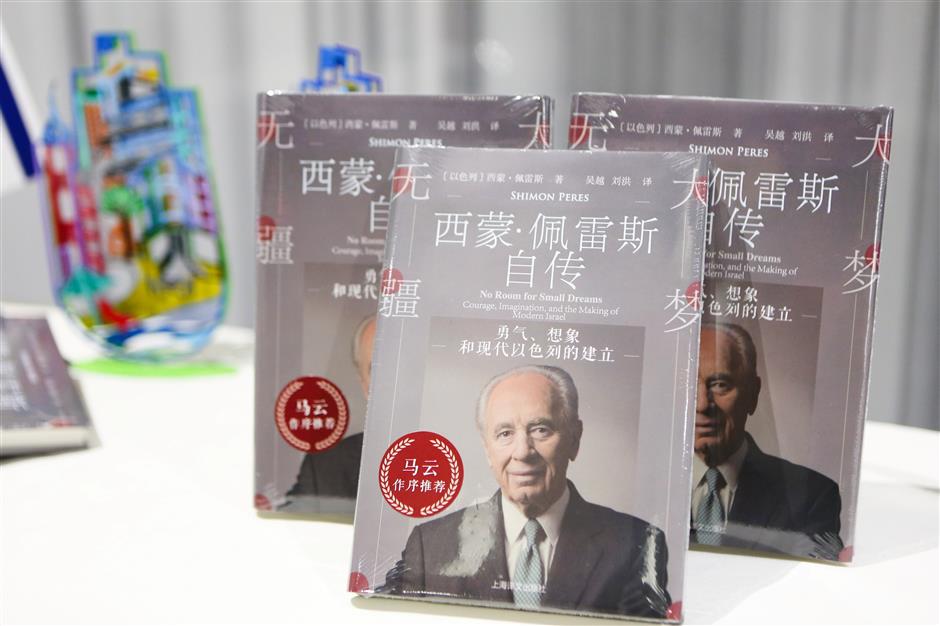 The Chinese version of the autobiography of Shimon Peres, former prime minister and president of Israel, is now available for Chinese readers.