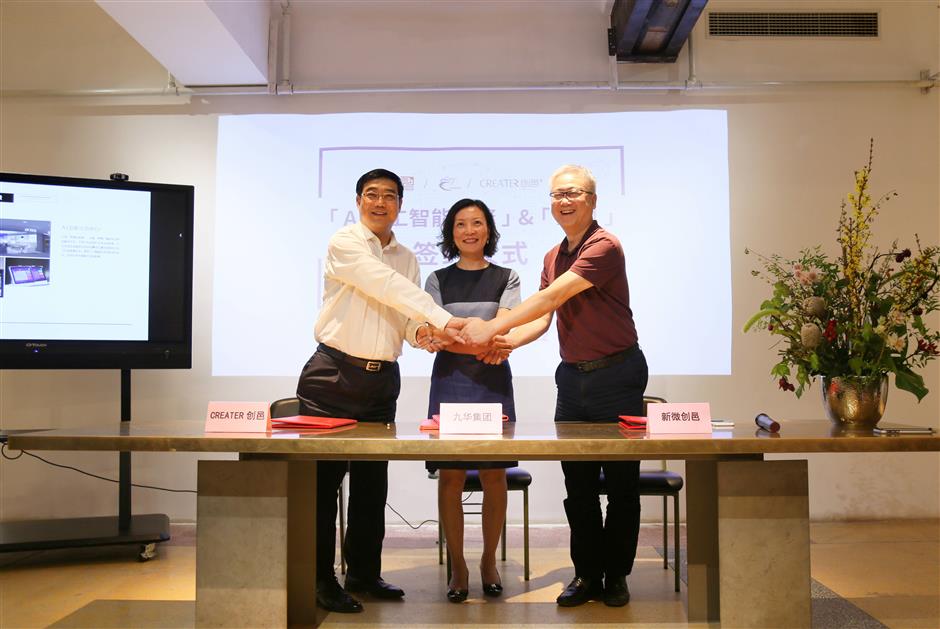 Officials shake hands after signing an agreement to develop the former Printemps Department Store into an AI complex.

The century-old Yuyuan Road and its surrounding area are to be transformed in two urban renewal projects.

In the other project, the former dormitory buildings of the Shanghai Workers College of Medical Science will be preserved and house innovative stores, small eateries and art exhibitions.

The state-owned Joinval Trade Group signed a strategic agreement with a joint venture established by the Shanghai Institute of Microsystem and Information Technology and Creater, the firm in charge of revamping the area, to redevelop the former shopping mall.

Yuyuan Road — which dates back to 1911 — runs through the districts of Changning and Jing’an. In recent decades it has been shortened to its current length of 800 meters.

It features well-preserved historical villas once home to big names such as missile and space scientist Qian Xuesen (1911-2009), writer, translator and scholar Shi Zhecun (1905-2003) and New Zealand-born writer Rewi Alley (1897-1987), who came to Shanghai in 1927 and was later involved in China’s revolution and reconstruction.

The future high-tech complex, named "AI engine,” will gather top AI companies and startup firms on Dingxi Road, a street off Yuyuan Road. The region will become an eastern hub of the "Hongqiao Intelligent Valley," a key technology base planned by the Changning government.

Dingxi Road has advantages in developing the AI sector in that two institutes under the Chinese Academy of Sciences are based there, the microsystem and information technology institute and the Shanghai Institute of Ceramics.

The Changnign branch of the Printemps Department Store opened in 2004 and was once a popular shopping destination. But while other malls adjusted their businesses in the face of online shopping, it stuck to traditional business models. It shut on April 15 after its lease expired. 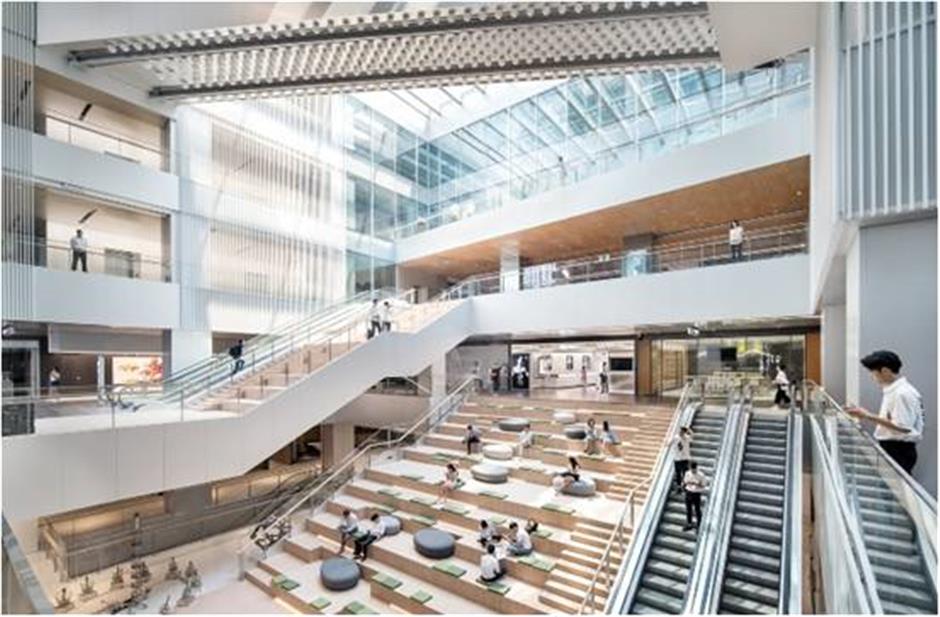 An artist's rendition of the future "AI engine" complex. 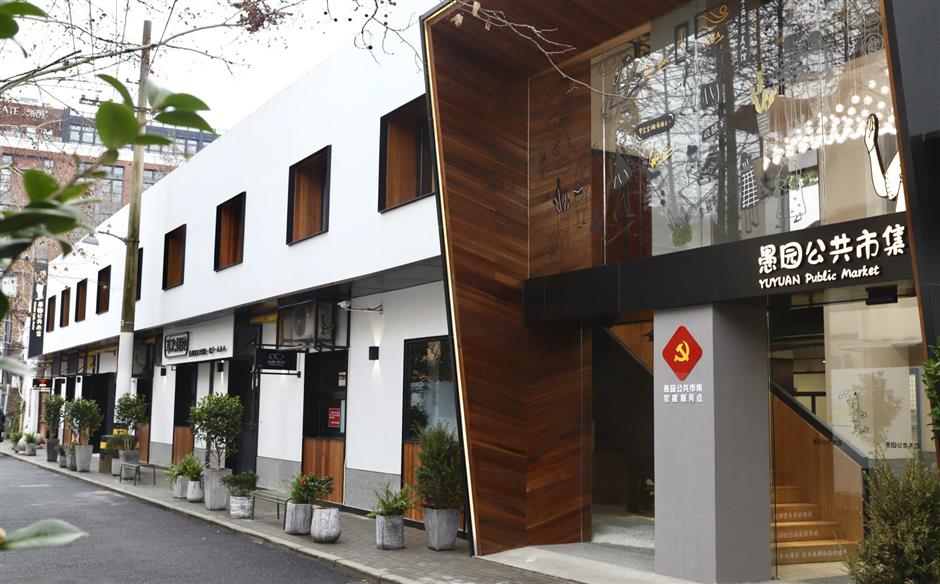 With 5G network coverage, for example, AI will analyze the most popular merchandize and work out marketing strategies.

In the other project, the "Yu Jian" complex developed from decrepit dormitories of the former college are expected to become a new attraction on Yuyuan Road.

As part of the project, the Yuyuan Public Market has opened where where residents can buy traditional Shanghai breakfast foods such as youtiao (fried dough stick), dabing (flat bread) and soybean milk as well as get keys cut or broken umbrellas fixed

Four nearby buildings will be renovated for retail and cultural exhibitions. White Rabbit, for instance, a time-honored Shanghai confectionery brand known for soft milk-flavored candy, will open stores there.

A memory store will display and sell daily commodities used by local facilities decades ago. An old-school photo studio, barbershop and kitchen will opened for nostalgic visitors.

After several years' of renovation, the revamping of Yuyuan Road has moved from the main road to its nearby streets and communities to further benefit residents, according to the district government. 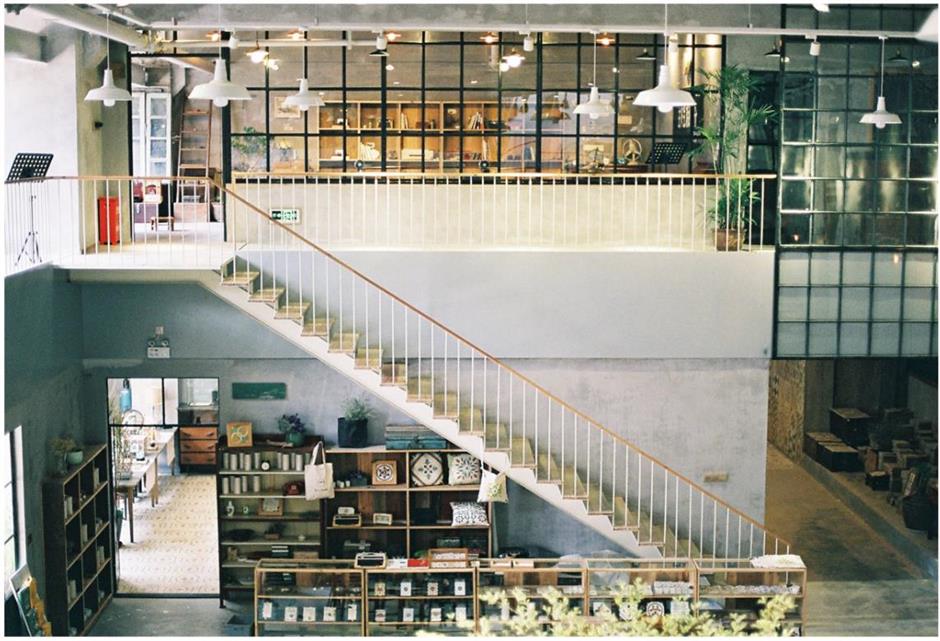 A memory store is been planned as part of the Yu Jian project to display and sell commodities used decades ago.