Nearly 60 percent of traffic accident disputes handled by the Shanghai No. 2 Intermediate People's Court last year involved non-motor vehicles with the increasing number of mopeds used by food deliverymen and shared bicycles in recent years, according to a white paper issued by the court on Thursday.

It released a number of white papers on its work over the past few years in criminal lawsuits, financial crimes and disputes over traffic accidents, commercial real estate leases, labor relations and equity transfers. It also issued its annual report for 2018.

Of the 730 cases, 68 had caused death and 609 resulted in injuries and disabilities.

The court found problems such as illegal refitting of electric bicycles and some cyclists were the deliverymen of online food ordering platforms.

The court said food delivery services should take responsibility for accidents caused by deliverymen as they were connected to the companies' reward and punishment mechanism which is judged by delivery time. The companies should work on reducing the risk of accidents by raising the level of qualification on deliveryman and improving their mechanism, it said.

Meanwhile, shared bicycle providers should provide standard non-motor vehicles. In one case before the court, a cyclist had rented a substandard electric bicycle whose speed exceeded the limit. 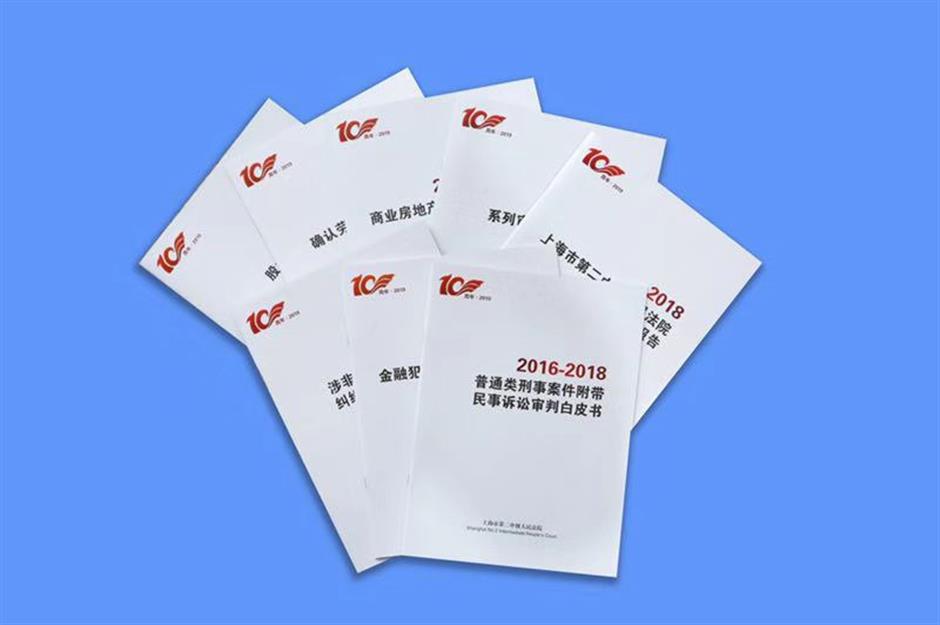 The Shanghai No. 2 Intermediate People's Court released a series of white papers on their work in the past a few years as well as its annual report for 2018.