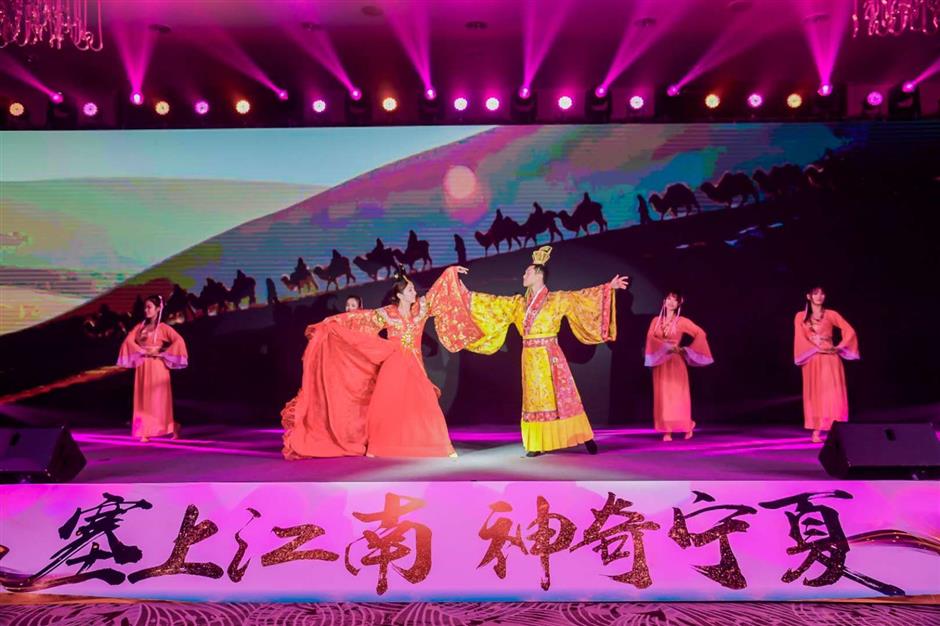 A stage play taking audiences on a journey through time to the majestic Helan Mountain and vast Gobi desert during the Western Xia Dynasty (1038-1227) was staged during the promotion event.

Star gazing tours in Ningxia were introduced during the event as the autonomous region is one of the best star gazing spots in China given its  altitude, air quality, and climate and environment.

Ningxia is home to an array of appealing tourist attractions such as Shapotou, whose name means high-rise dunes; Western Xia mausoleums; Shahu Lake; the Great Wall and Helan Mountain.

"Shanghai has active interaction with Ningxia in recent years, and both sides have made big efforts in diversifying tour itineraries and lifting tourist service quality," said Cheng Meihong, deputy director of the Shanghai Administration of Culture and Tourism.

"The event is a platform for in-depth cooperation of the two sides in terms of culture and tourism," she said.

The Ningxia and East China tourism exchange association was established during the event, aimed at promoting tourism cooperation of the two sides. 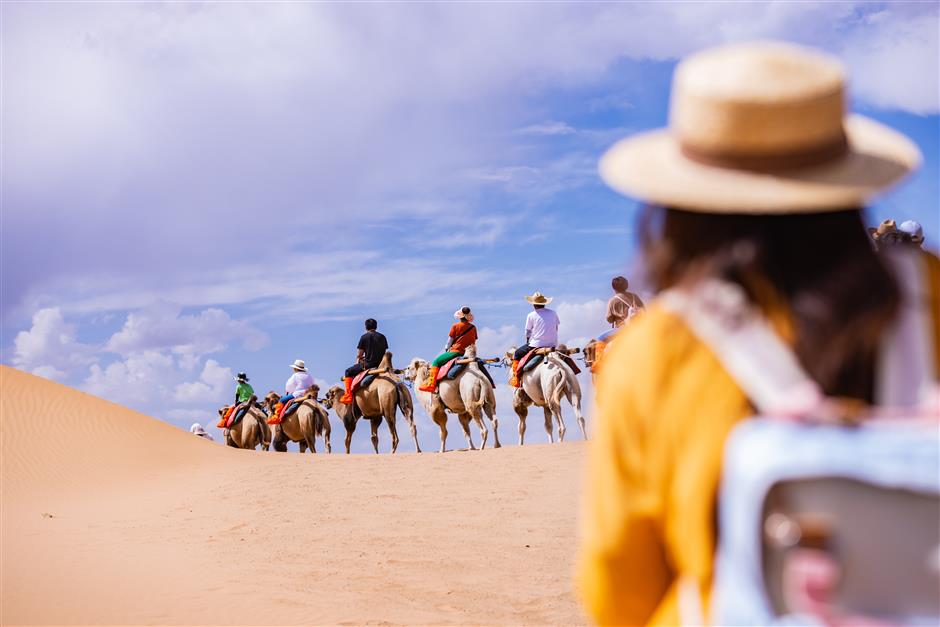 Tourists ride camels in the desert in Ningxia. 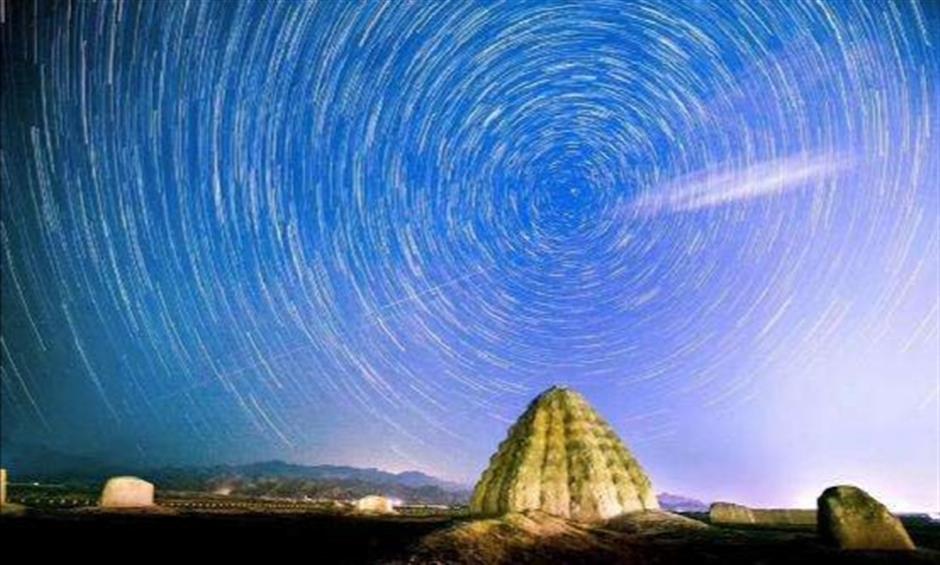