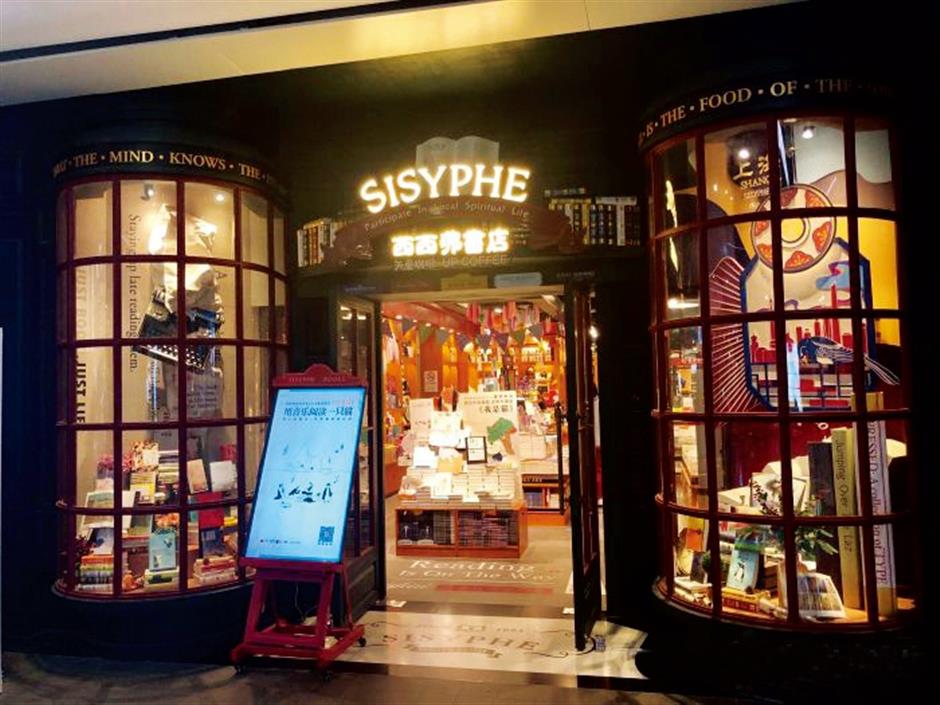 Unlike previous years, more than half the organizers of these activities were brick-and-mortar bookstores.

Over the past decade, with the increasing convenience of online shopping and discount promotions by various e-commerce platforms, physical bookstores have suffered losses.

However, bookstore chains such as Sisyphe, Zhongshuge and Popular Bookmall have been launched in Jiading in recent years.

It is undeniable that exclusive decorations and diversified business operations make these bookstores popular for a while.

‘Once upon a time’ 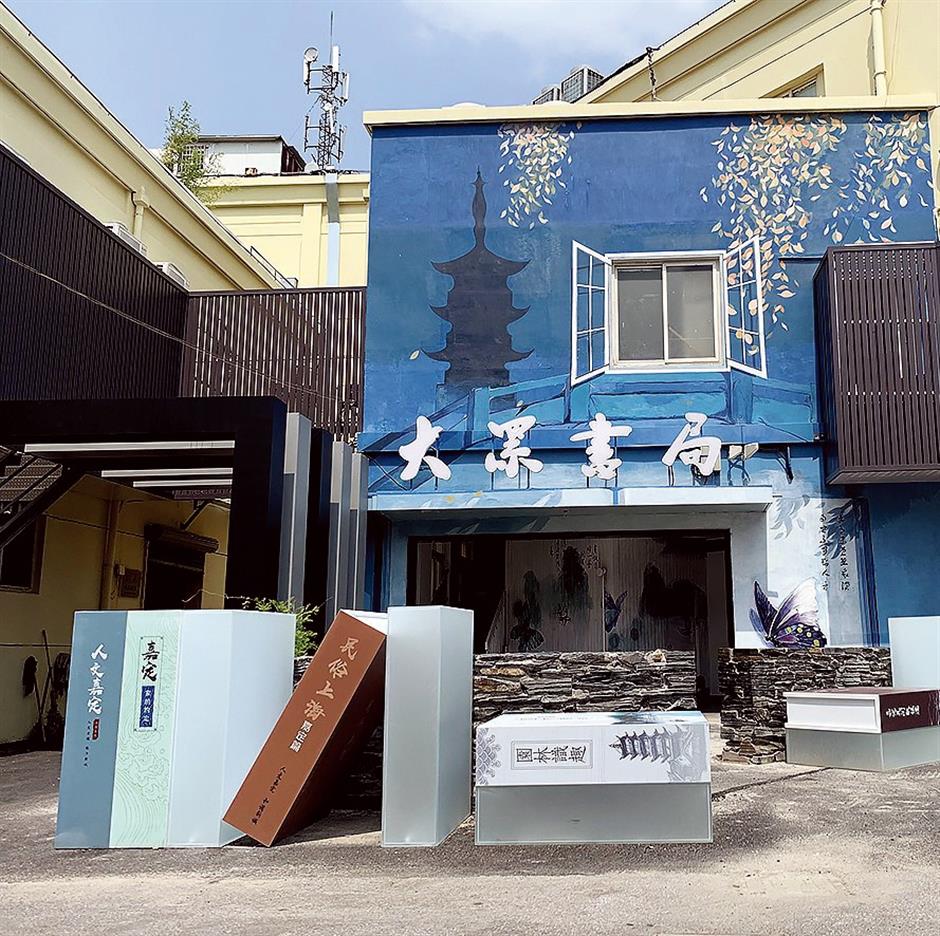 Tao Jiming, a historian in his 70s, still remembers when people used to queue up to buy books in Xinhua Bookstore in the 1970s and 1980s.

“When new books were on the shelf, particularly foreign literature, there would be a long line in front of the bookstore,” Tao said.

Bookstores usually opened at 8am, but many people arrived before 7am, and some even traveled overnight from other places “just to buy a copy of Leo Tolstoy’s ‘Resurrection’.”

Xinhua Bookstore outlets were everywhere, in charge of distribution throughout Jiading. The district was fourth in the number of private bookstores at the time.

A bookstore is not only a place to buy books, but also a good place for people to enjoy reading and make friends.

After 2005, the development of the Internet was unstoppable, and the business of brick-and-mortar bookstores declined under the impact of online stores.

Not only in Jiading, but throughout the country, the news of the closure of physical bookstores was endless — Shanghai Book City stopped the business at its Huaihai Road outlet. O2SUN Bookstore, once with 36 outlets, closed. Once one of Beijing’s cultural landmarks, Fengrusong Bookstores went bankrupt in 2011.

Nearly 50 percent of physical bookstores have closed in the past 10 years, along with the growth of online bookstores and the rise of e-reading at the same time.

With the improvement of online book distribution channels, such as JD.com and Dangdang.com, the Internet has become where most readers turn to buy books.

More than 1.5 billion books were sold last year at Dangdang.com alone. In addition, the development of mobile phone and other devices, such as Amazon’s Kindle, have further promoted the change in reading habits.

“Why should I go to a bookstore?” said a reader surnamed Li. Li works for a state-owned enterprise in Jiading. He admitted that he had not been to a real bookstore in the past two years. “I usually buy at least 20 books a year, but all of them are ordered online.”

In his opinion, ordering books online saves time and money. Discounts offered by online platforms are much more favorable than those in physical stores.

Although the brick-and-mortar bookstore industry is suffering, there are still some who favor traditional stores. In Tao’s view, the physical bookstore is the product of human civilization. “As long as paper books do not die, the real bookstores will always have a reason to exist,” Tao said. 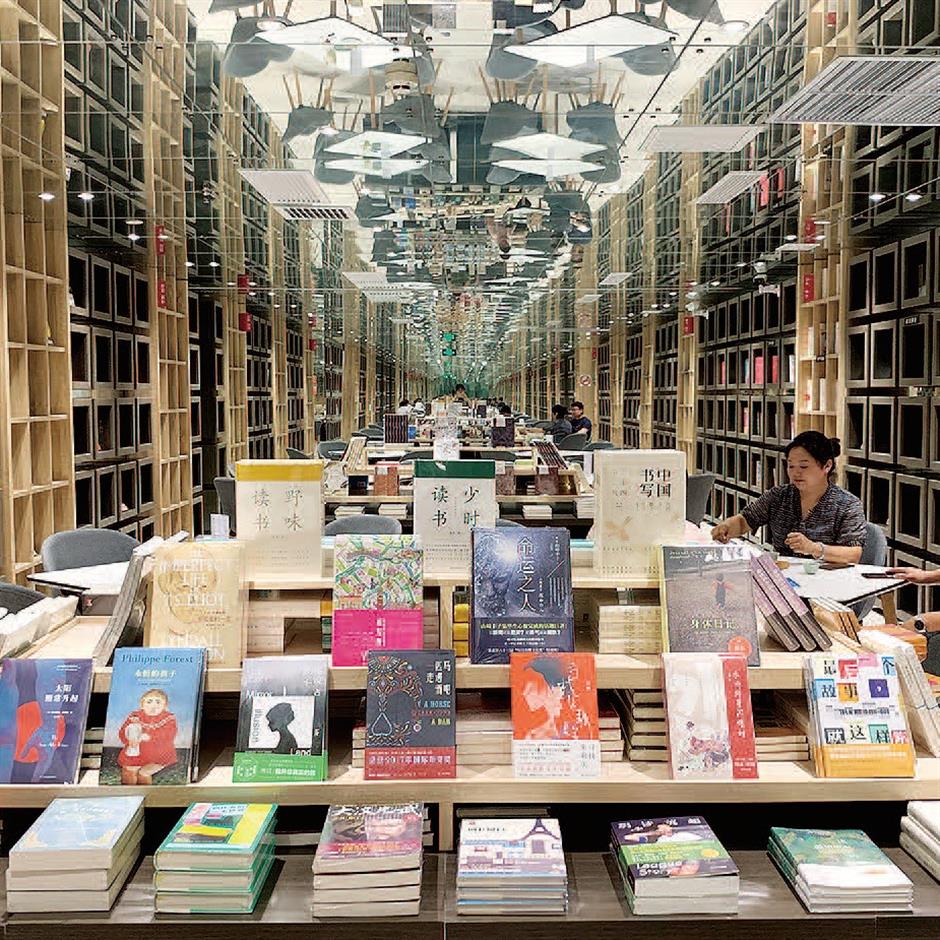 There is a second-hand bookstore on Zhouqiao Old Street in Jiading Town selling literature, history, philosophy and art books. Baoyun Hall is well-known among literature and history enthusiasts.

Its owner, Mao Baoyun, is a book lover. In his early years, Mao worked on construction sites and spent most of his spare time collecting used books. In 2006, Mao quit his job and went to Jiading. He rented a space of just 30 square meters on Zhouqiao Old Street to sell books.

At first, the bookstore got few customers. Fortunately, Mao managed to survive and he now has a group of loyal readers. He launched an online store and business is much better than it used to be.

Nowadays, Baoyun Hall has made a name for itself. Occasionally, some rare copies of Ming (1368-1644) and Qing (1644-1911) dynasty books are available on its shelves, favored by museums and other institutions.

Although it is a marginal business, Mao said: “Do what you like and you never complain.”

Featuring strong traditional Chinese characteristics, including bamboo-carved bookshelves and walls decorated with movable type pieces, Zhongshuge opened a 1,600-square-meter outlet in Jiading this year. Having become an Internet sensation among Jiadingers, the bookstore has a collection of more than 100,000 copies.

Two months ago, Popular Bookmall debuted at Liucheng New Field Plaza in Jiading. The new stores not only features exquisite decoration, but also offers coffee and cakes, and holds cultural and creative activities and DIY workshops.

Zhongshuge has developed hand-brewed coffee and desserts with brand characteristics in line with customer preferences. Its Jiading outlet recently launched Tiramisu shaped like books. Because of its good taste and beautiful shape, it has won the favor of many customers and contributed to the overall business of the store.

In addition, some parent-child activities, book lectures and other public activities have also become a strong boost for the bookstore business.

Not long ago, a DIY workshop for making rigid hand fans was held at the Jiading store of Popular Bookmall. A number of parents and children participated in the activity. A customer surnamed Lu said she was attracted by the parenting activities held here. After the workshop, Lu bought bookmarks at the store as gifts for friends.

“The profits of coffee, desserts and creative products are indeed higher than those of books,” said Zhu Haifang, head of Zhongshuge’s Jiading store.

At the same time, public activities and lectures cultivate a group of “fans” of the bookstore. “Such a marketing model is conducive to the sustainable development of the bookstore,” Zhu said.

Zhao Yefei, head of the Liucheng New Field store of the Popular Bookmall, has set a goal of turning the bookstore into a “cultural complex,” so that the bookstore can become a complex to meet the diversified cultural needs of the citizens.

“The experience of connecting people with books is beyond the reach of online bookstores,” said Zhao.

Some experts point out that when a physical bookstore gives customers better experience, customers will be willing to spend money and time there.

This is what’s happening in Jiading.

During the test run, thousands of people visited the Liucheng New Field store of the Popular Bookmall every day.

At Zhongshuge, many readers have formed the habit of having afternoon tea and having a rest there.

Compared with the idea that online bookstores try to attract readers with a wide variety of books, physical bookstores take dislocation competition.

The Liucheng New Field store of the Popular Bookmall mainly sells books about social sciences while education and parenting books are on the shelves at an outlet of Zhongshuge which has business ties with educational institutions. Most of its readers are teenagers and parents.

Moreover, Jiading government has introduced private investment in the development of brick-and-mortar bookstores. The shopping malls that house the bookstores have lowered their rents.