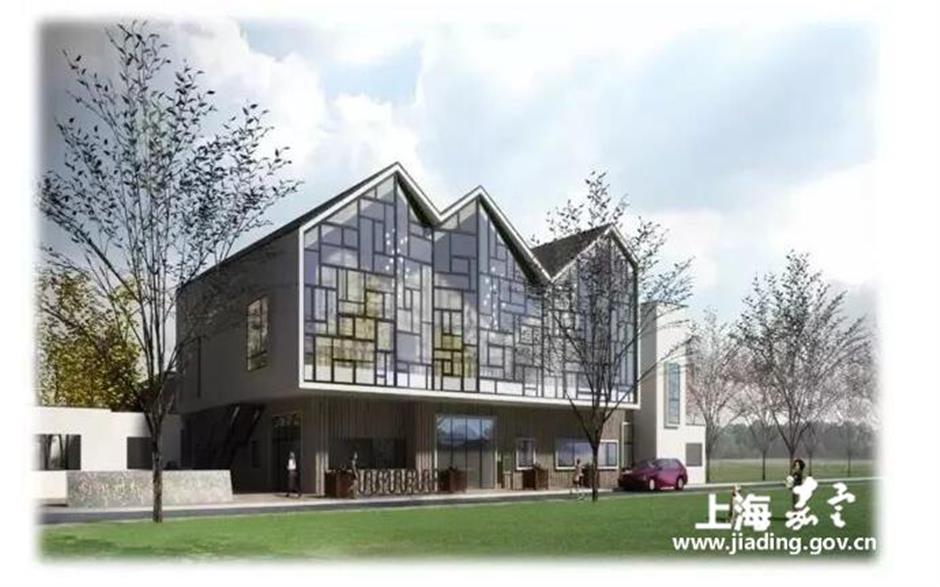 Pink walls, black tiles, a small bridge over a flowing stream and trees giving welcome shade. The air is full of rice fragrance. The first-phase construction of Xiangyang Village is complete. The village is open and has become a popular destination for locals in Jiading District and people from Huaqiao in neighboring Jiangsu Province.

Xiangyang Village is at the northwest tip of Anting Town and borders Huaqiao. Jiabei Country Park is in the north of the village. Anting has retained the village and mapped out a three-year plan to change its old look to new one.

Modern infrastructure was established last year. The environment was largely improved before it was opened to the public.

New businesses in the village are expected to boom next year.

With government support, the village has cleaned its watercourse and built a road network. The water supply, sewage and gas pipelines have been reconstructed.

Overhead utility lines, once an eyesore, have been buried underground. Public facilities, such as a parking lot, garbage sorting kiosks, garbage transfer stations and restrooms have been built to serve villagers and visitors. Construction of a public service center will start soon.

The village has introduced autonomous vehicles for round-trip sightseeing tours, the car-sharing program EvCard and a smart bus service.

Huaqiao, next door to Xiangyang, has joined forces with Anting in the construction and administration of the village. In the next stage, Anting will enhance ties with Huaqiao and Baihe Town in Qingpu District to gather the best travel resources in the three places for the establishment of an ecotourism circle in the Yangtze River Delta region.