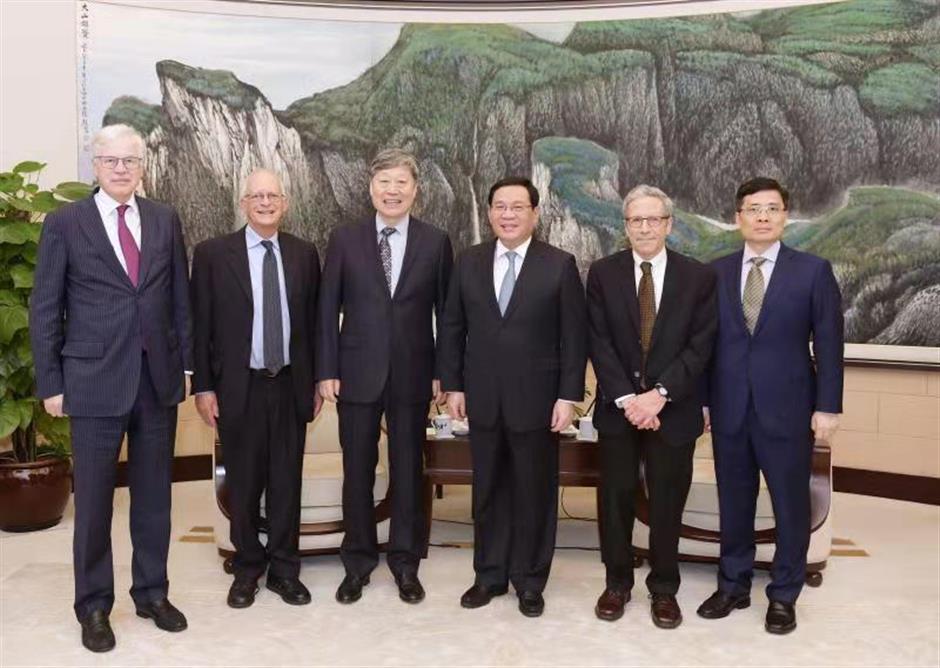 Hart and Holmstrom won the Nobel Prize in economics in 2016 while Maskin was the winner in 2007.

Li said during the meeting that Shanghai welcomes Haier Group to further increase its investment in the city for greater development, and asked the noted economists to put forward their insights to promote industrial development and improve management in Shanghai.

The Nobel laureates participated in the 3rd International Rendanheyi Model Forum hosted by Haier Group at the National Exhibition and Convention Center in Shanghai. Rendanheyi, with the central idea of “every employee realizes his value by creating value for users”, is a business model put forward by Zhang in 2005.