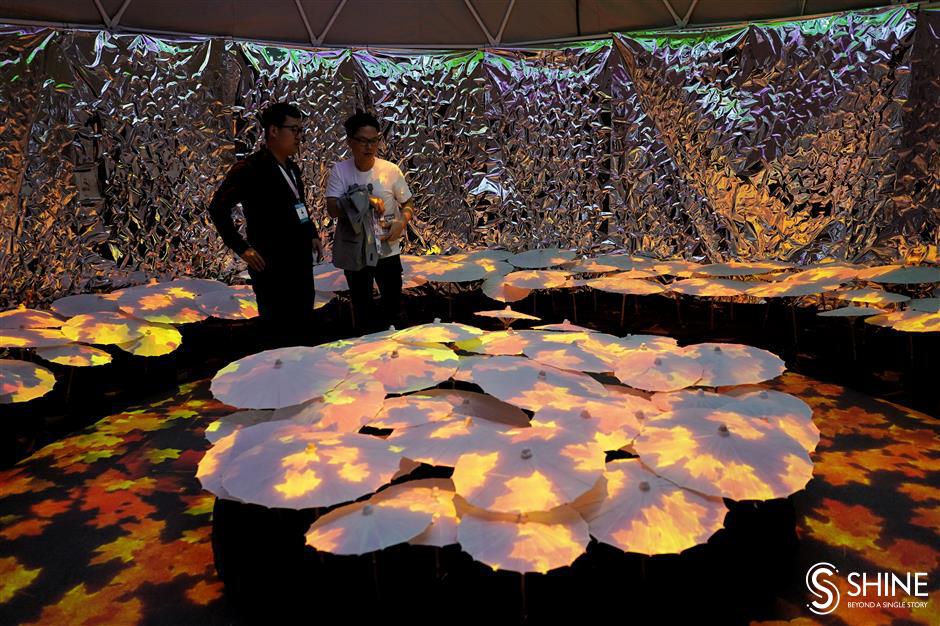 Two visitors experience a display inside a sphere at the Future 1KM digital art and technology festival. 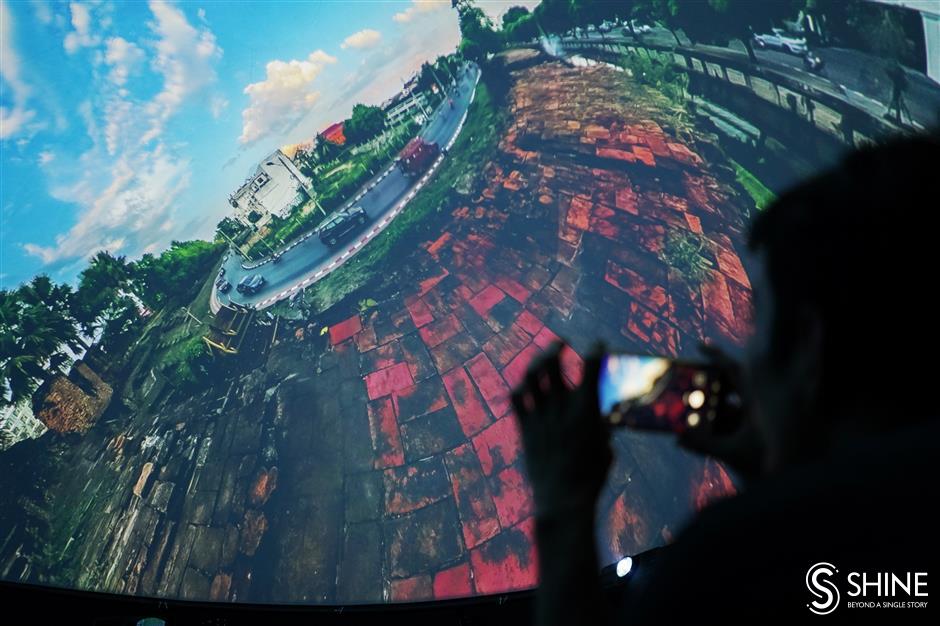 A visitor watches a show inside a sphere.

Twenty-one high-tech art domes have been installed along the North Bund in Hongkou District for the Future 1KM digital art and technology festival, which began on Tuesday.

They were created by more than 30 artists and over 200 high-tech teams from home and abroad.

Digital artist Android Jones's work "Samskara" made its China debut in one of the domes.

In another egg — entitled "Bullet Time" — classic scenes from science-fiction films such as "The Matrix" and "Blade Runner" are replicated.

Projection shows are screened on each sphere, adding splendor to the Bund's nighttime scenery.

There are also immersive videos of scenes from the Yangtze River Delta region and computer-generated displays of ancient Dunhuang frescos.

The festival runs through October 7 in association with the Shanghai International Cultural Device Expo. It's also part of Hongkou District's offerings for the 2019 Shanghai Tourism Festival.

The main display area of the Shanghai International Cultural Device Expo shows the best examples of science and technology in the cultural and tourism fields, designed by artists from home and abroad. 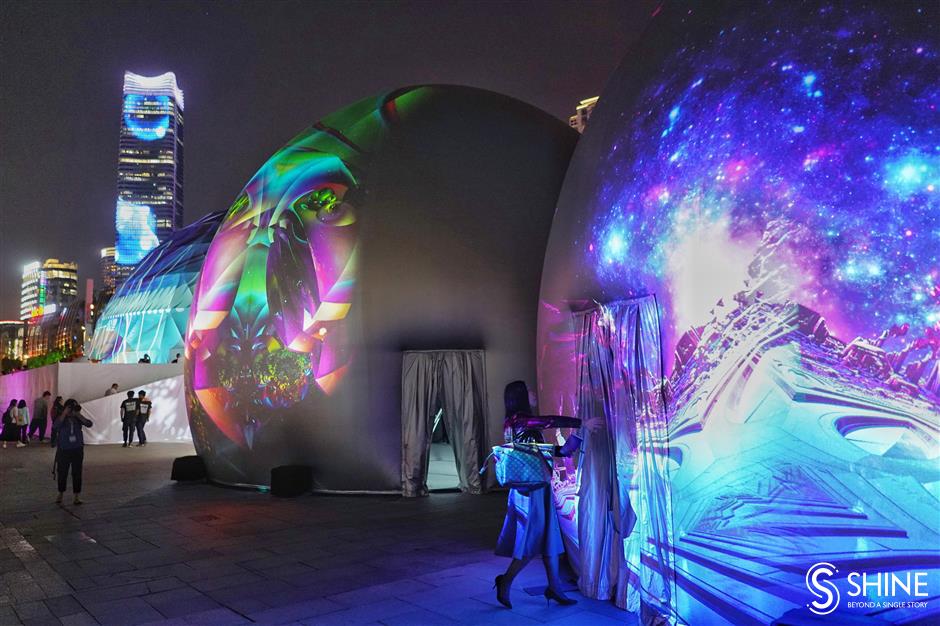 Spheres along the North Bund are illuminated. 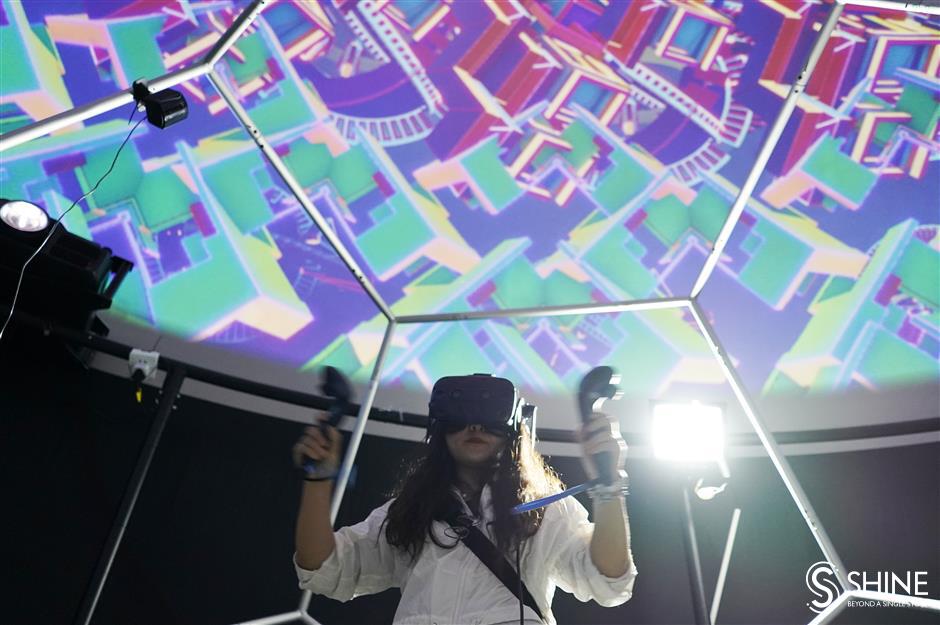 A visitor has a virtual-reality experience inside one dome.