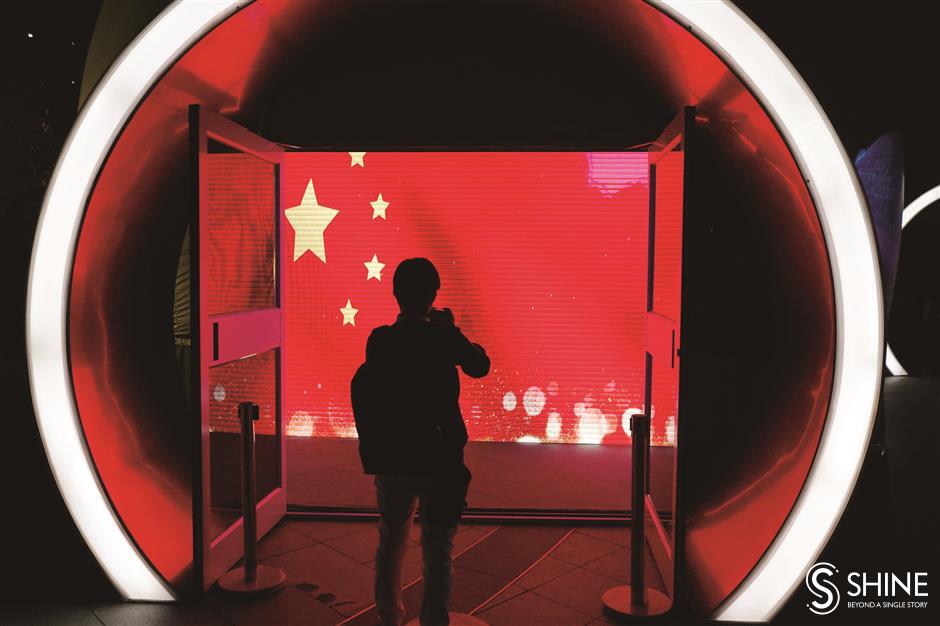 A visitor experiences a display inside a sphere at the Future 1KM digital art and technology festival. Twenty-one high-tech art domes have been installed along the North Bund in Hongkou District for the festival, which began on Tuesday. The colorful domes, blending nature, dance, culture, art and game design with 5G intelligence, somatosensory interaction and virtual reality, were created by more than 30 artists and over 200 high-tech teams from home and abroad. 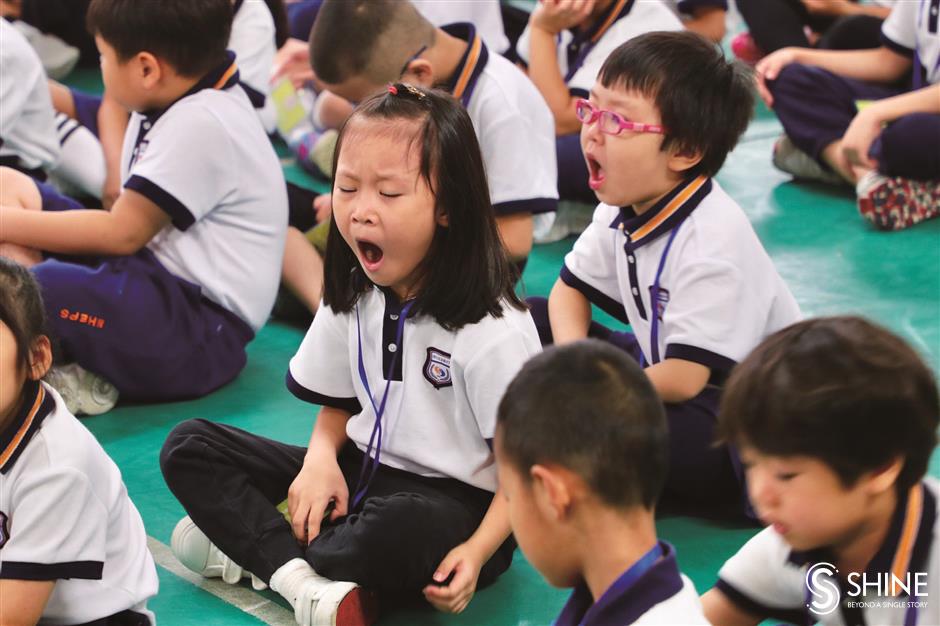 A girl yawns on the first school day when more than 1.4 million primary and middle school Shanghai students resumed classes on September 1 after a two-month summer holiday. 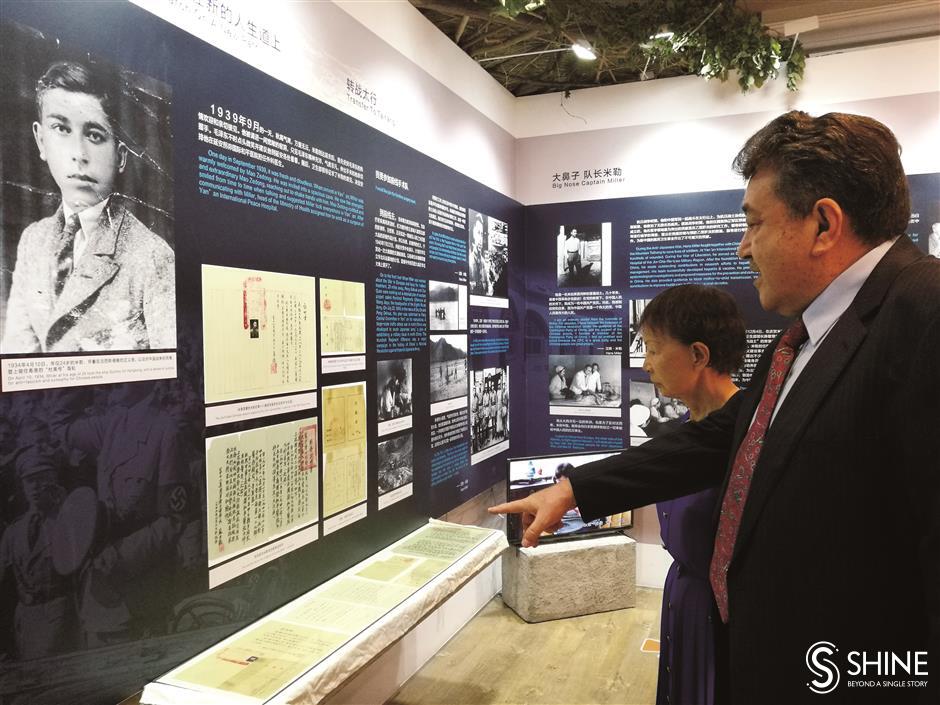 Jiang Guozhen, wife of Richard Frey, and Dehua Muller, son of Hans Muller, visit the “Three of Them and New China” exhibition at the Shanghai Jewish Refugees Museum on September 19. The exhibition commemorates three international physicians: Jacob Rosenfeld (1903-52), Richard Frey (1920-2004) and Hans Muller (1915-94), who provided medical aid to the Eighth Route Army during the Chinese People’s War of Resistance against Japanese Aggression (1931-45) and made contributions to improving the health care in China. 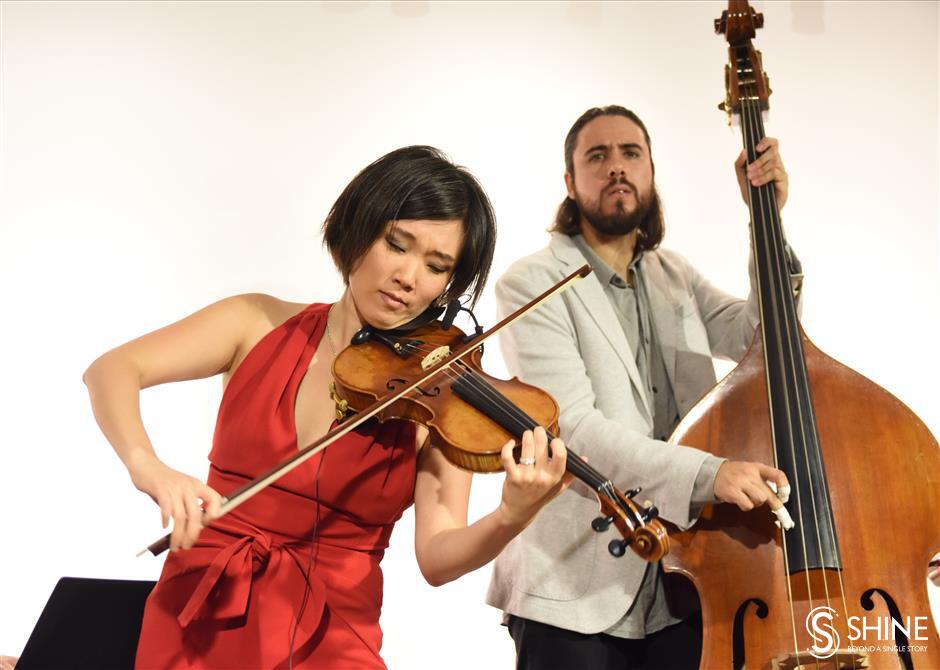 Violinist Maureen Choi and her bandmates play at the Biblioteca Miguel de Cervantes Shanghai on September 16 after performing at the Shanghai Jazz Festival. With the release of a new album “Theia,” the quartet will tour other cities in China including Beijing and Taipei. 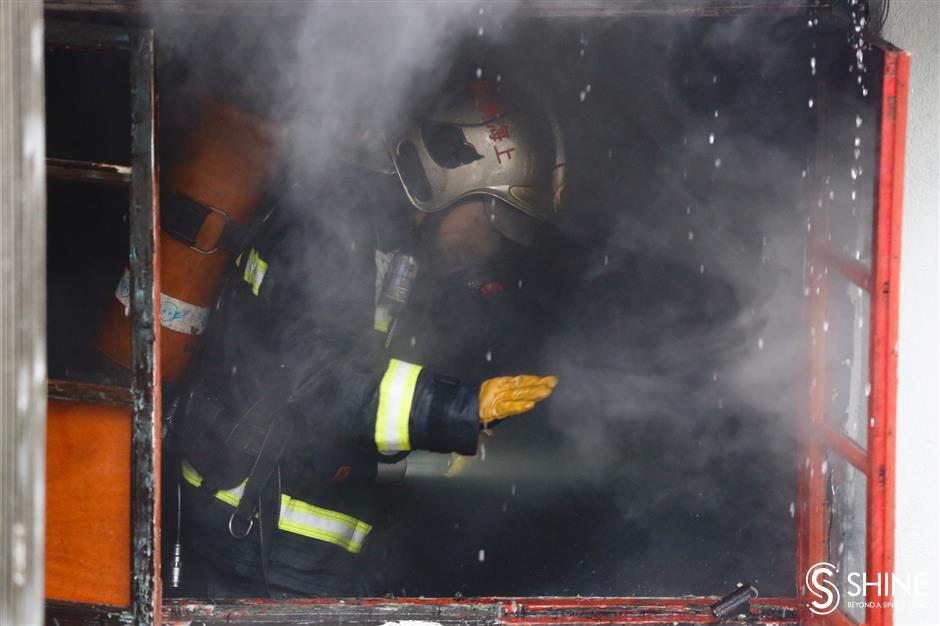 A fireman works inside an old shikumen building on Shaanxi Road S. that caught fire on September 6 in Jing’an District. Firefighters put the fire under control within 30 minutes and there were no casualties. 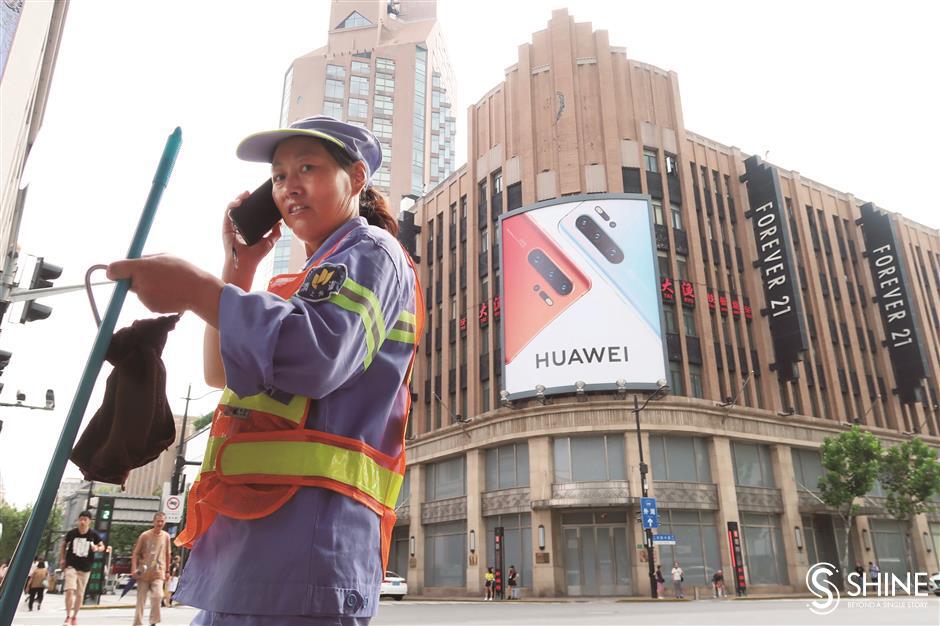 A worker makes a call via her mobile phone in front of Nanjing Building, at 257 Nanjing Road E. Tech giant Huawei is to open its global flagship store, covering 7,000 square meters, in the historic building, which was first constructed in 1935.