World-class waterfront at the fore of science 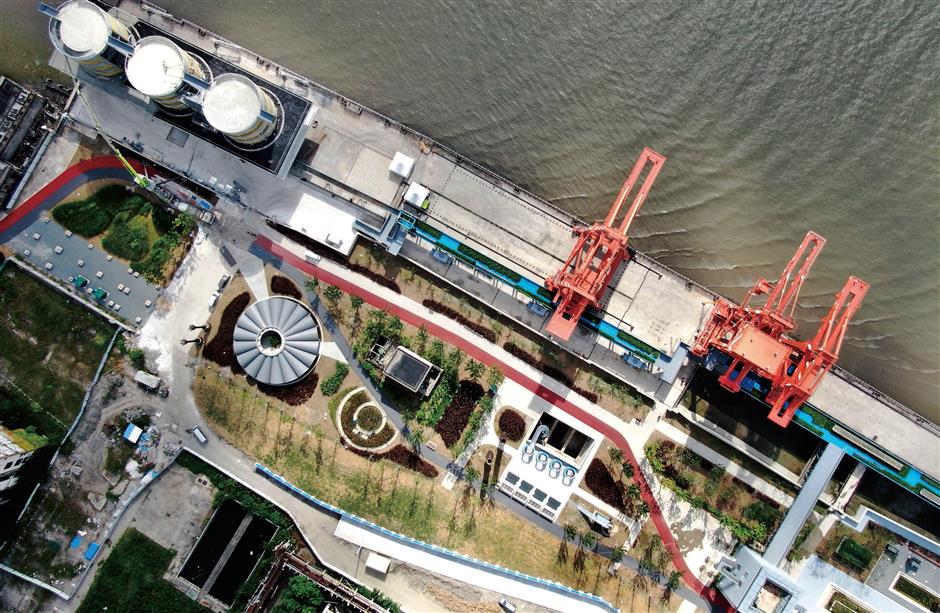 A bird’s-eye view of the newly opened 2.7-kilometer riverside section in Yangpu

Yangpu is a forward-thinking district open to modern industry and innovation. It is also proud of its century-old industrial heritage and, because of that, took steps to include a 2.7-kilometer waterfront footpath to the east of Yangpu Bridge in Shanghai’s plan to build 45 kilometers of Binjiang Scenery Belt along Huangpu River.

Designers have footprints everywhere on the surrounding land and studied almost every building in the area striving to overcome countless difficulties to keep relics of the past alive. Traces of a bygone era are still tangibly evident, reminding people old glories are never too far away.

Yangpu Binjiang Investment and Development Co engineers and designers walk 20,000 steps a day, past the former power station auxiliary equipment manufacturing site, cotton mill, soap factory and the iconic Yangshupu gas and power plants, most of which were the first of its kind in China. Their perseverance is impressive.

Steel grilles have been laid as pavements for part of the promenade so that visitors can see the flowing river beneath. Several prototypes of grill sustained several stringent tests before the correct one was chosen.

Guo Yifeng, a designer from Atelier Liu Yuyang Architects, emphasized the overhaul was not a simple preservation, but an exclusive display of historical elements and cultural connotations through appropriate language of design, which created an open environment full of humanistic and historical memories. 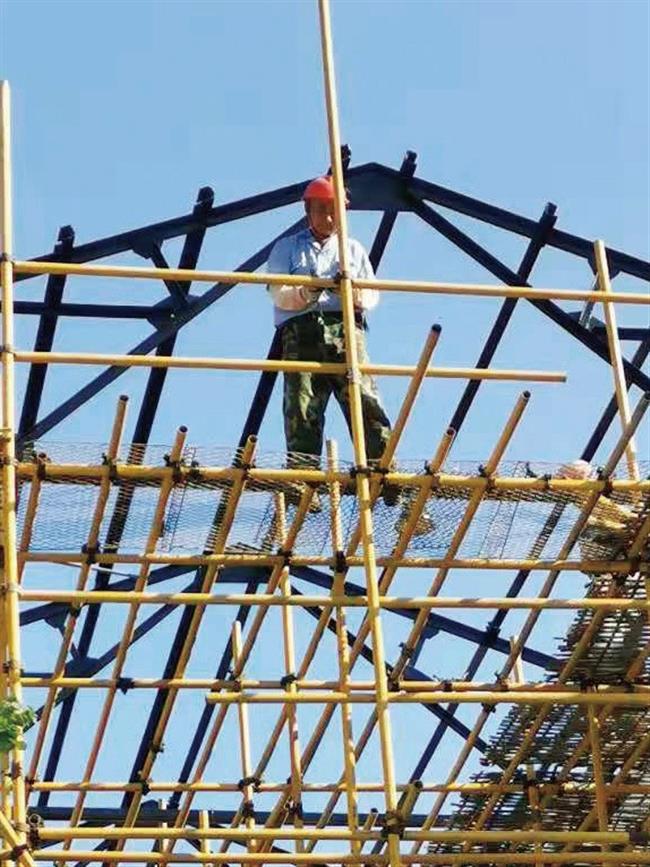 Workers race against the time to beef up construction work.

Meanwhile, the introduction of low-carbon technology and ecological design transformed the historical space into a variety of public activities and open spaces.

It created a comfortable and convenient living atmosphere and a high-quality open waterfront system to protect the environment and promote the direction of sustainable development.

Guo and her colleagues utilized industrial relics, such as the old wharf, old workshops, auxiliary rooms and cranes to give them new meaning in the restoration. The boundary walls between several factories were also reinterpreted in different forms.

On the ground of the former power plant and soap factory, among others, activity scenarios that meet the needs of modern life have been developed, such as the cultural space in the former workshop of Shanghai Power Station Auxiliary Machine Factory and an exhibition hall based on the previous sewage pool in the former Shanghai Soap Factory.

The former coal yard, beside Huangpu River, has been transformed into a waterfront sports park, featuring beach volleyball court, basketball court and watchtower. 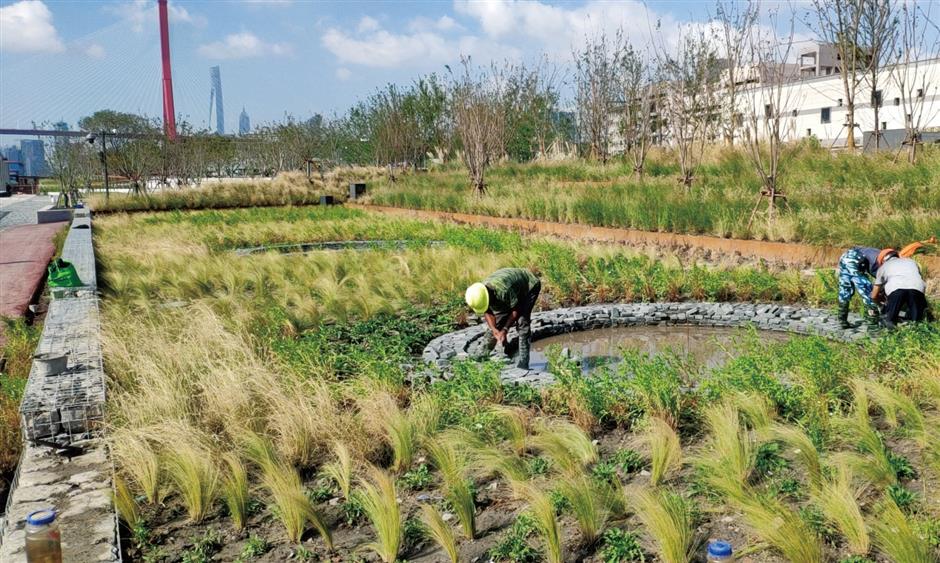 Workers race against the time to beef up construction work.

Designers also maximized the preservation of vegetation features on the site, including the full settlement preservation of camphor trees in the former auxiliary machinery factory and the transplantation of large camphor trees that need to be removed due to the construction of flood control walls. In this way, the history of the site was re-rooted.

“In order to restore the infrastructure of industrial sites and explore the technology of sustainable development, we introduced the concept of sponge city technology and waste reduction design in the 2.7 kilometers of promenade,” Guo said.

Permeable asphalt, the soil of the former No. 12 National Cotton Factory, decomposed granite and other permeable pavement were adopted for water filtering.

At the same time, through modern sponge engineering technology and the combination of traditional landscape management concept, the aesthetics of the industrial landscape transformation and the cultural connotation of jiangnan (regions to the south of the lower reaches of Yangtze River) water village are combined in the landscape to shape the former power station auxiliary machinery factory, according to Guo.

The abandoned concrete fragments were adopted for pavement at the same time.

Zhang Linlin, an engineer from Yangshupu Property Co, said the restoration of the industrial heritage was not only about technology, but also about care, patience and love.

For builders, every process should be treated meticulously and carefully, without damaging the remains, she said, while patience was needed for the combination of old and new.

“Besides, pride and the love of miracles helped shaping this piece of land,” she said.

“It bears the historical and cultural memory of Shanghai’s century-old manufacturing,” Zuo said.

Zuo believes the southern segment of Yangpu’s Binjiang area has the greatest potential for future development since it is a continuous well-developed waterfront area and with the largest scale in the city.

“We are focusing on building a world-class waterfront by integrating the functions of science and technology, culture and finance,” Zuo said.

“Yangpu Binjiang, with a century-old industrial history and culture, is Coan iconic area representing Shanghai’s outstanding development throughout the world. It will be a center to enhance Shanghai’s functional level and core competitiveness, and a landmark reflecting Shanghai’s image.”