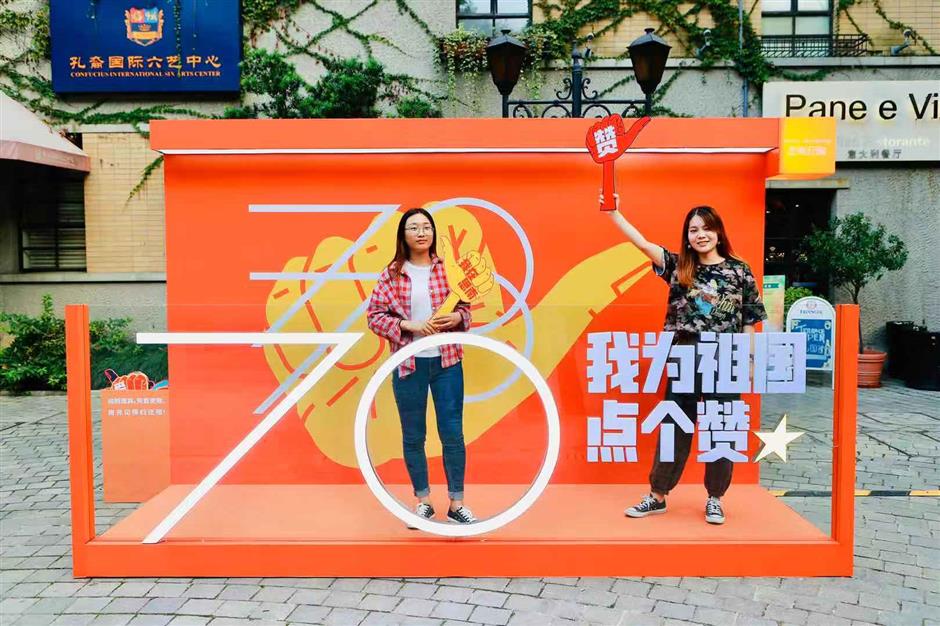 Visitors pose with an installation themed on "give thumbs up to homeland" at Sinan Mansions.

Art exhibitions, outdoor movies and music lessons will be held at downtown Sinan Mansions during the National Day holiday.

Visitors are invited to take part in cultural and entertainment events at the mansions every day between October 1 and 10.

The theme of the series is "give thumbs-up to homeland." It will include nightly free outdoor movie screenings of classics such as "Founding of a Republic" and "My Memories of Old Beijing," along with a seven-day ukelele training session where participants can learn how to play patriotic songs.

As a highlight, a centerpiece art installation has been unveiled at the mansions. The installation, named "Heart Beat Harmony, Together in a Big Heart," features a giant colorful heart and pulse monitors. Visitors can put their hands on the monitors to illuminate their heart rates between 5pm and 10pm every day.

Other events include public lectures on music, a book club meeting about the history and development of nearby Huaihai Road, as well as a night market running till 9pm daily.

The mansions, the only wholly preserved historical garden villa complex downtown, include over 50 historic villas in various styles. Many were former residences of celebrities such as poet Liu Yazi (1887-1958) and Peking Opera master Mei Lanfang (1894-1961). Some of these spaces have been converted into hotels, cafes, restaurants and shops.

There are also a large number of historical buildings in the surrounding area. Many involve the history of the Communist Party of China and the founding of the People's Republic of China.

They include the former residence of Dr Sun Yat-sen, former site of the CPC delegation in Shanghai, the historical Jinjiang and Garden hotels, the Shanghai Science Hall, as well as the 87-year-old Cathay Theatre and the over century-old Lyceum Theatre.

The event is also part of efforts to revive Shanghai's nightlife after shutting down noisy late-night bars and eateries over recent years in response to residents’ complaints.

According to regulations released by Shanghai's Commission of Commerce and other authorities, the city aims to develop a prosperous nightlife economy between 7pm and 6am. 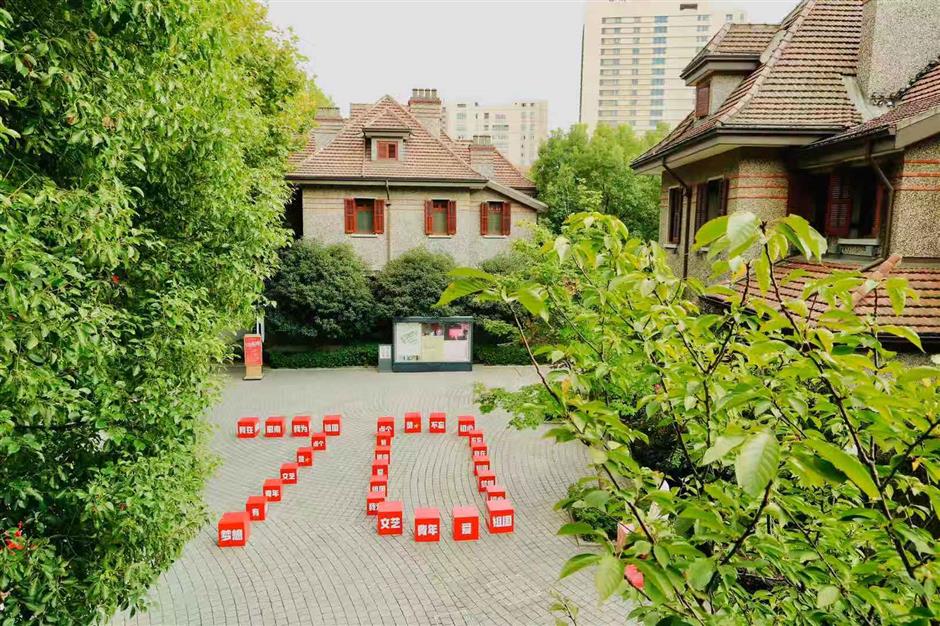 Classic outdoor movies will be screened at Sinan Mansions during the National Day holiday. 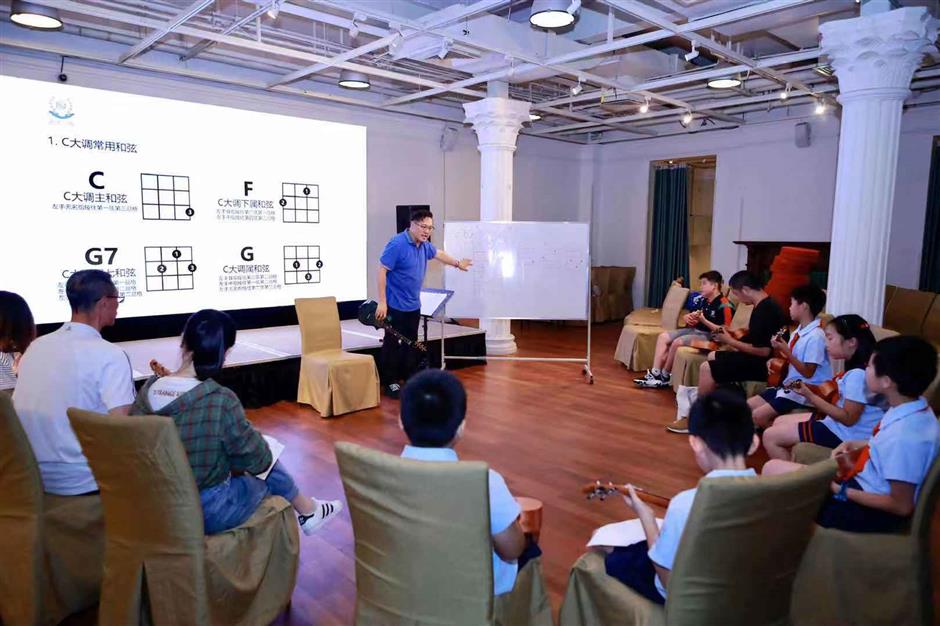 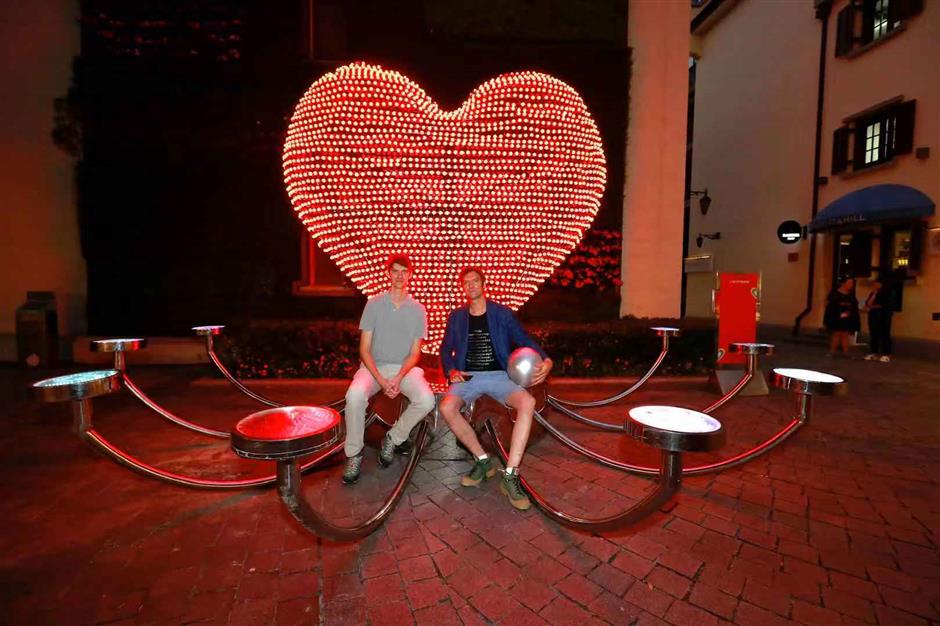 Tourists pose with an art installation at Sinan Mansions.