Shanghai's nearly 200 new prison officers have completed their three-month training and will soon be at their positions in local prisons, the Shanghai Prison Administration said on Monday.

According to the administration, the police school designed courses of more than 1,200 hours to cultivate the young prison officers' professionalism and basic working skills.

The courses include punishment, management of prison affairs, reformatory education and reform through labor.

Each of the trainees also had one week at local prisons to get familiar with prison affairs and gain some job experience for their future work.

More than 30 percent of class hours were spent on practical policing skills, such as catching criminals, using police tools, preventing riots and dealing with emergencies. 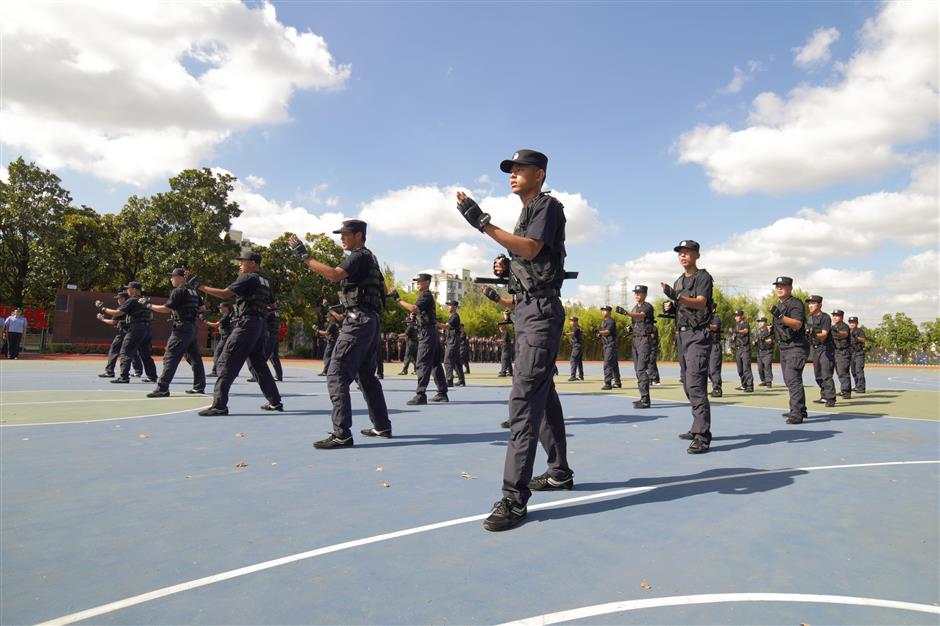 The city's nearly 200 new prison officers are showing their new skills after being trained for three months. 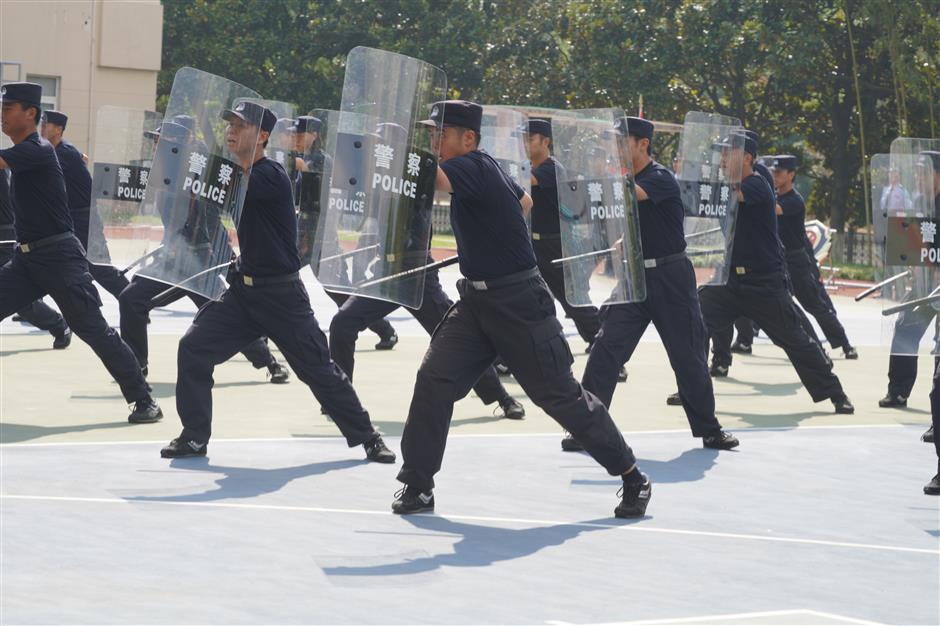 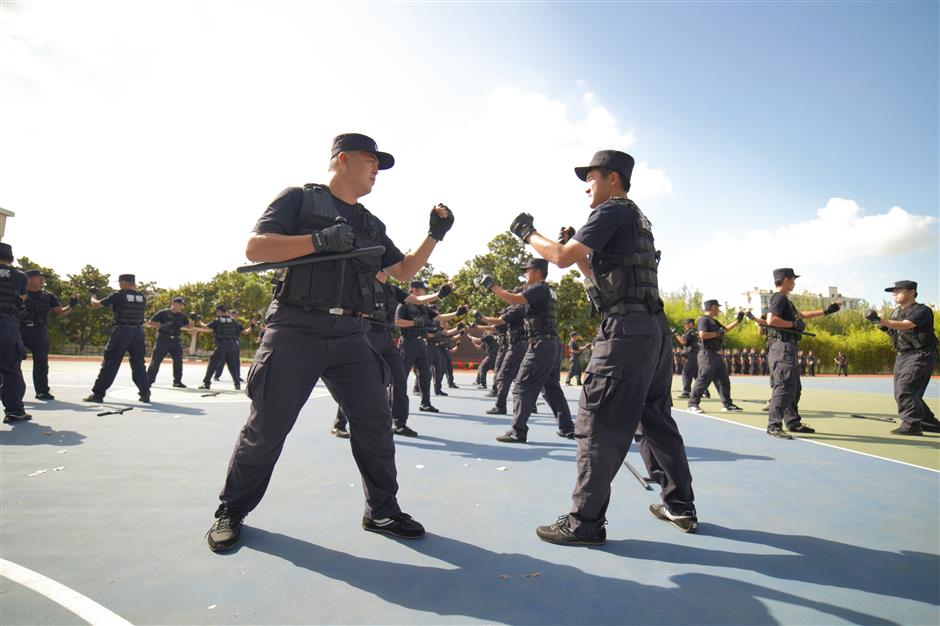 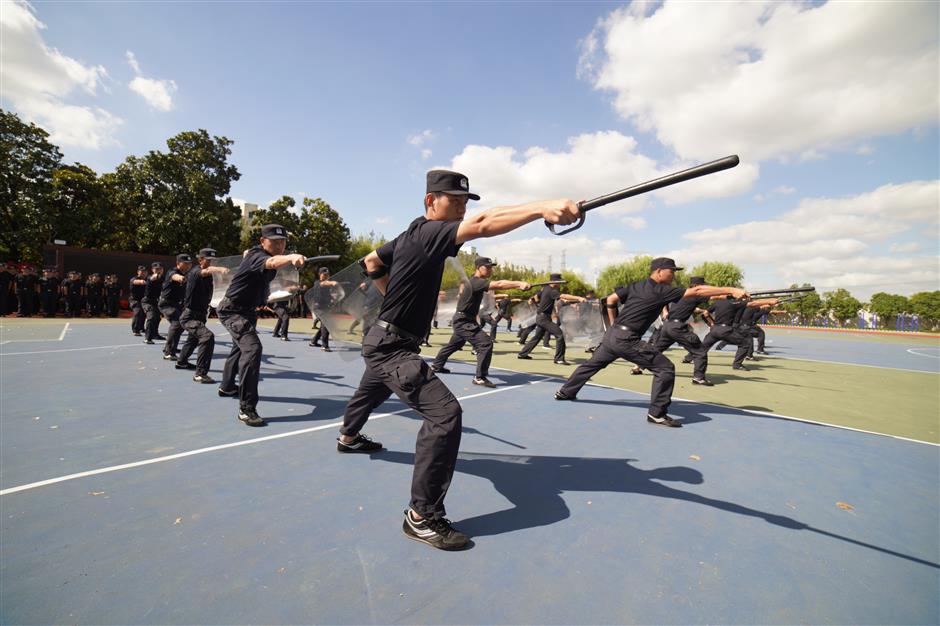