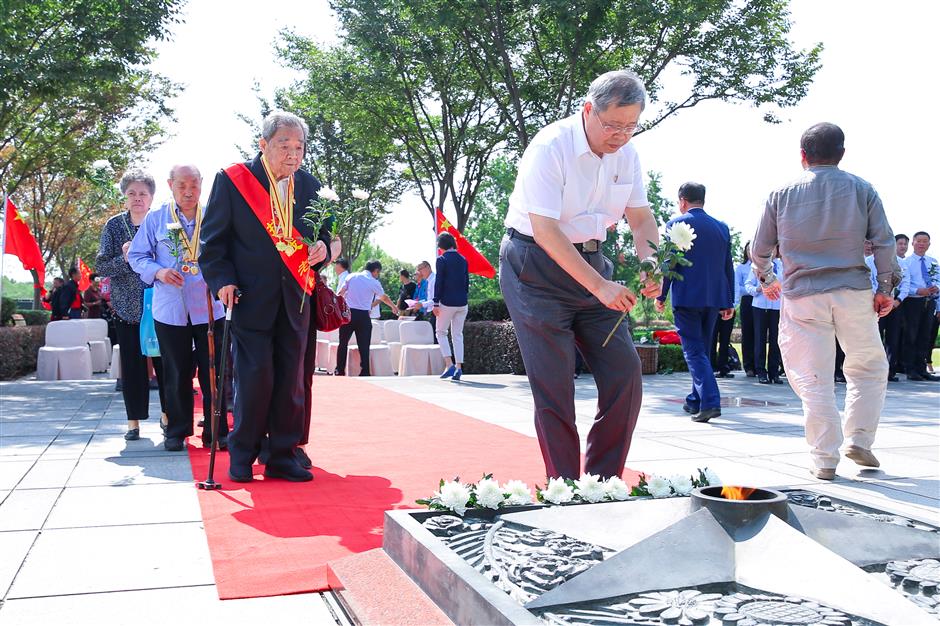 People pay tribute to the deceased heroes at Fushouyuan Cemetery.

A commemorative activity was held at the Fushouyuan Cemetery in Qingpu District on Sunday to remember deceased heroes ahead of Martyrs' Day on Monday.

The names of deceased New Fourth Army soldiers were read and flowers were laid to pay tribute to the revolutionaries.

Soldiers of the army, families of the deceased and people from all walks of life attended the event.

An album about the history of the army containing some precious images was also released.