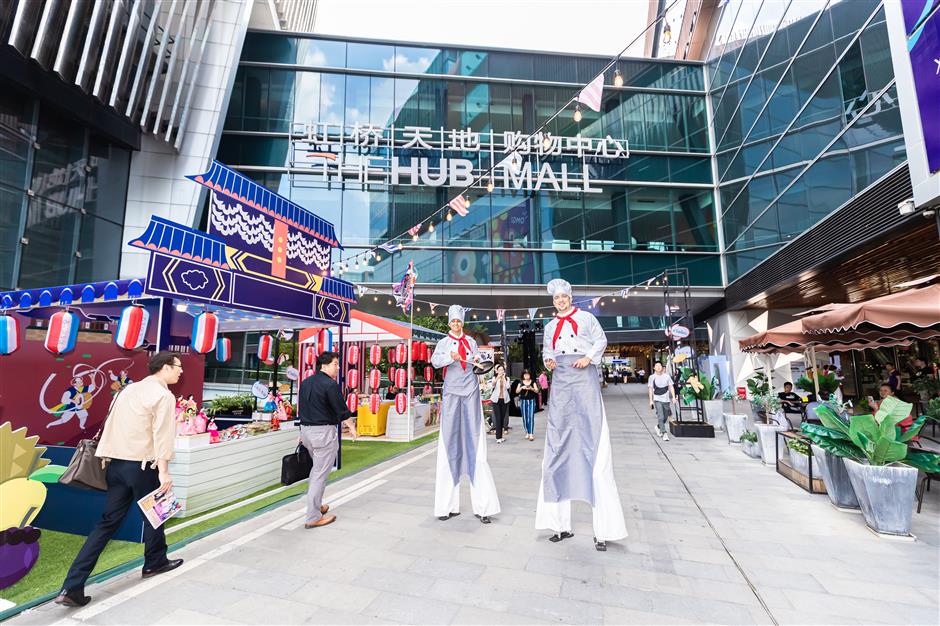 A variety of activities will be held in Hongqiao in October to welcome the upcoming China International Import Expo.

The emerging business area of Hongqiao in west Shanghai, where the second China International Import Expo will be held, will host a variety of cultural activities this autumn.

The Hongqiao International Gourmet Festival kicked off at the shopping mall THE HUB on Sunday, marking the start of a series of activities organized in the area.

The mall is close to the Hongqiao airport and railway station, as well as the National Exhibition and Convention Center where the expo will be held from November 5 to 10.

The gourmet festival, which runs through October 20, will host many popular restaurants, from Michelin-starred Ming Court and Imperial Treasure to Internet-favorites Tai 2 Chinese Sauerkraut Fish and Kuromon Wagyu.

During the National Day holiday from October 1 to 7, over 40 shows featuring performers from 10 countries will be staged. These will include Flamenco dancing from Spain, Bavarian folk dance from Germany and a highland bagpipe performance from Scotland.

Between October 18 and 20, there will be an Italian cultural festival featuring a traditional Italian-style fair, shows combining rock and opera, and Venice mask parades.

According to the management authority of Hongqiao Business Area, food is an easy way to connect people. They hope to attract visitors from around the world through cuisine and showcase the local business environment.

The authority will release tour guides and maps of local eateries as to better serve people during the upcoming expo.