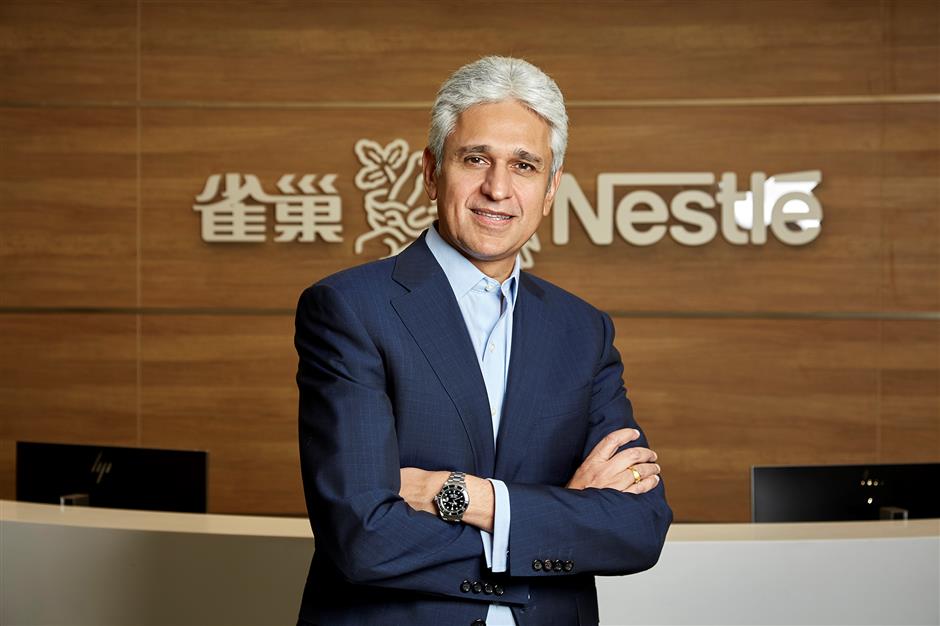 For Rashid Qureshi, chairman and CEO of Nestle China, the Shanghai Magnolia Award is “not only a personal honor, but also the recognition of Nestle.”

“The connection between Nestle and China has lasted more than a hundred years and will continue to deepen with the further opening up of the China market,” said Qureshi, winner of this year’s award, set up 30 years ago to recognize foreigners who had made outstanding contributions to Shanghai’s development.

The world leading food company established a sales office in the city as early as 1908. It has since built four production centers in Shanghai, which is also home to regional headquarters of five business units under Nestle. In 1999, the company acquired Shanghai Totole Food Co Ltd, and launched here its first research and development center in China.

“Shanghai is a charming city, always full of energy and bold enough to embrace changes,” Qureshi said. “If using three words to describe the city, I think Shanghai is innovative, dynamic and distinguished for its respect toward profession.”

Qureshi was appointed chief of Nestle China in 2016, and made the Chinese market the second largest in the Nestle group. Nestle now has 31 factories, six R&D and innovation centers and more than 42,000 employees in China.

As a strong supporter of development in Shanghai and China, Qureshi drives the company's involvement in various economic exchanges, with participation in the first China International Import Expo in Shanghai last year as a typical example.

Promoted by Qureshi, Nestle became the first multinational food company to confirm its participation in the expo, where the company gathered more than 100 best-selling products from 16 countries, including Switzerland, Netherlands, the UK and Germany, bringing an exotic and delicious experience to Chinese consumers.

During the expo, Wyeth Nutrition under Nestle signed a memorandum of strategic cooperation with the Irish Food Administration, promising to complete 20 billion yuan (US$2.82 billion) of imports from Ireland in the following three years to promote agricultural, food and dairy trade between Ireland and China and to reflect Nestle’s commitment to Shanghai and China. The move is expected to strengthen Wyeth's leading position in the China's market, where it has secured the top seat since 2013.

“The expo is a major effort of China to support trade liberalization and economic globalization, actively open its market to the world, and promote economic and trade exchanges and cooperation with various countries,” said Qureshi.

“As one of the first foreign-funded companies to have entered the Chinese market, Nestle looks forward to demonstrating global nutritious and healthy food through this great platform, with an aim to enhance quality of life and contribute to a healthier future for consumers.”

“With the establishment and improvement of relevant laws and regulations, we feel that the administrative authorities have significantly improved their efficiency and enhanced their service awareness, such as business and taxation authorities,” Qureshi said.

“The regulatory authorities are more professional in their work, and act in accordance with the law and handle issues fairly and impartially.”

If he had any suggestions for Shanghai, Qureshi said it should maintain its merit of valuing and respecting professionals, a crucial symbol of an international city.

To lead by example, Qureshi cares about employees and appreciates local talent. At the 2018 World Renowned Enterprises Youth Talent Development Forum in Shanghai, Qureshi delivered a keynote speech on the topic of “Talent Development and Localization.” He was also a "Youth Mentor" in Shanghai to contribute his wisdom and strength to make the city a hub for high-level talent.

Vigorously pursuing and practicing “Creating Shared Value” — a business philosophy of Nestle, Qureshi joined the Shanghai Federation of Trade Unions to launch the “Love Cabin for Moms” program, which provides private rooms and convenience for breast feeding working mothers and new mothers. The program has assisted in the establishment of 3,000 Love Cabins covering Shanghai and many other cities throughout the country.

He also led in responding to the call of environment protection. In 2019, he joined about 200 Nestle employees volunteering to clean up the Shanghai Nanhui Dongtan seashore, and collected more than 940 kilograms of garbage. Another example was when Nespresso launched a capsule recycling program in China three years ago to enhance consumer awareness of environmental protection.

In addition, Qureshi actively promotes the “Nestle for Healthier Kids” global program in China, which aims to improve children's nutrition and help children develop habits to live a nutritional, healthy and happy life. 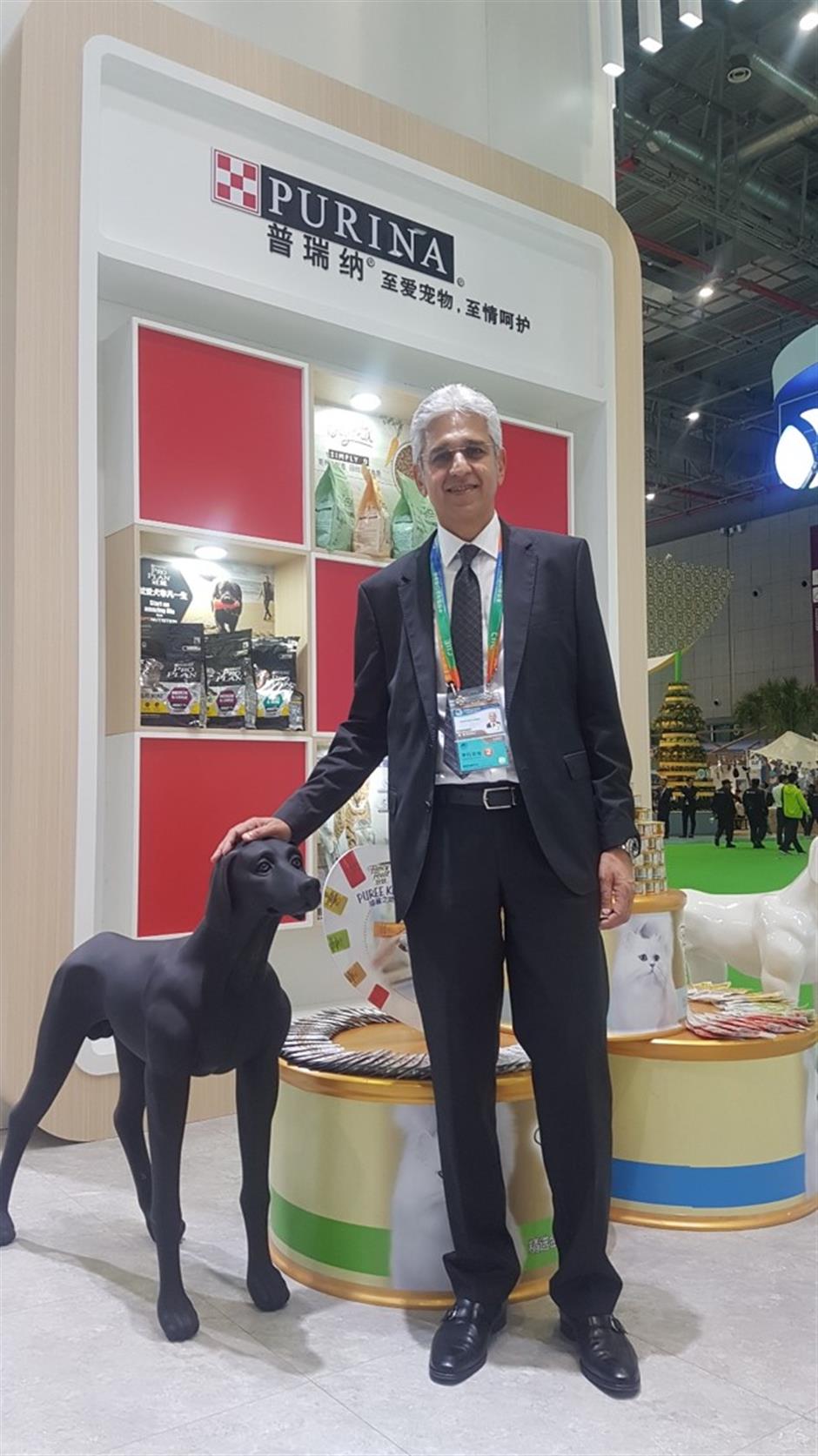 Rashid Qureshi pictured inside the Nestle booth at the first China International Import Expo in Shanghai. 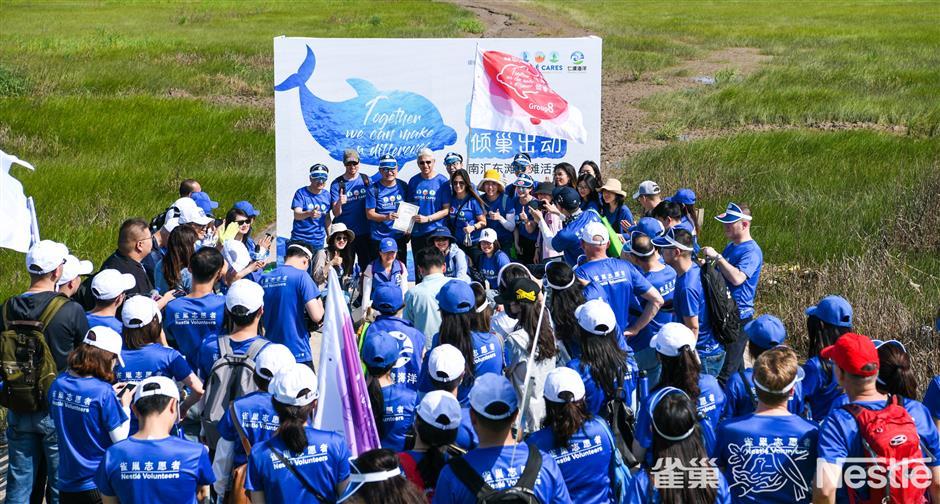