New marriages off to 'red' start 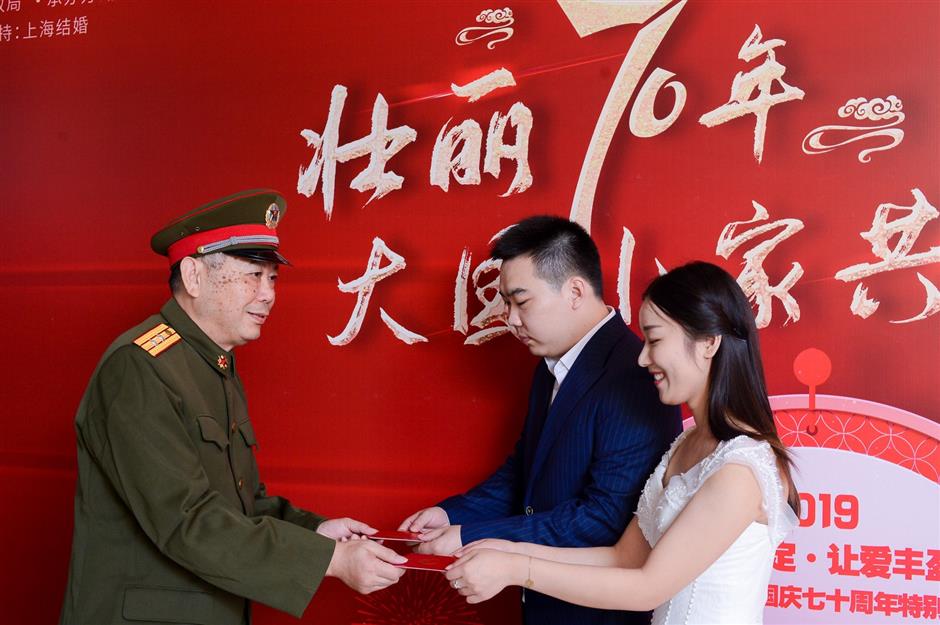 A couple receives their marriage certificate from veteran Zong Xiaoshi.

The marriage registration center of Jiading District invited a veteran to give marriage certificates to newly-weds today, marking a very “red” start to their new family lives.

Zong Xiaoshi entered the army in 1972 and later became a high-ranking official with the district’s anti-graft watchdog.

“I bless them. The People’s Republic of China was founded 70 years ago, and today these young people founded their own families,” he said. “They have to work together to make their life good, and we need them to achieve our ‘Chinese Dream’ as well.”

Newly-weds wielded national flags and stickers of red stars on their faces as to celebrate the great moment for both of themselves and the country.