Local medical specialists teamed up with counterparts at Netherlands Cancer Institute to create a new treatment for liver cancer by inducing and exploiting vulnerabilities of cancer cells.

The discovery was published online by Nature on Thursday.

Hepatocellular carcinoma is the major type of liver cancer, covering 85 to 90 percent of all cases. Surgery and liver transplantation are the most effective treatment for early-stage liver cancer, however most patients are not identified until the terminal stage due to the difficulty of early diagnosis.

“With the quick improvement of gene-sequencing technology in the past decade, we have better understanding of the genetics of liver cancer and found many genetic mutations in signal paths have close relationship with liver cancer,” said Dr Qin Wenxin from Shanghai Cancer Research Institute under Renji Hospital and one of the program’s leading researchers. “Different from lung cancer, most genetic mutations in liver cancer can’t be made into effective targets for medicines. In clinical practice, some multi-target medicines used for middle- and terminal-stage liver cancer patients only have limited effects. While other chemotherapy medicines usually damage healthy cells while killing cancer cells with strong side effects and limited effects to prolong survival.”

In this research, specialists found CDC7 inhibitor can induce TP53 mutation of liver cancer cells and then quicken cell aging, while there is no such inducing effects on healthy cells. A similar situation is also found in lung and colon cancer cells, specialists said.

“After inducing the aging of liver cancer cells, we also select chemicals which can speed up the death of aging cells and found sertraline, a medicine used for depression, has the effects with the combination of mTOR inhibitor.”

Qin said animal experiments have proved the theory. “So far, CDC7 inhibitor and mTOR inhibitor are both in clinical trial. They will be used as promising treatment for liver cancer in the future,” he added. 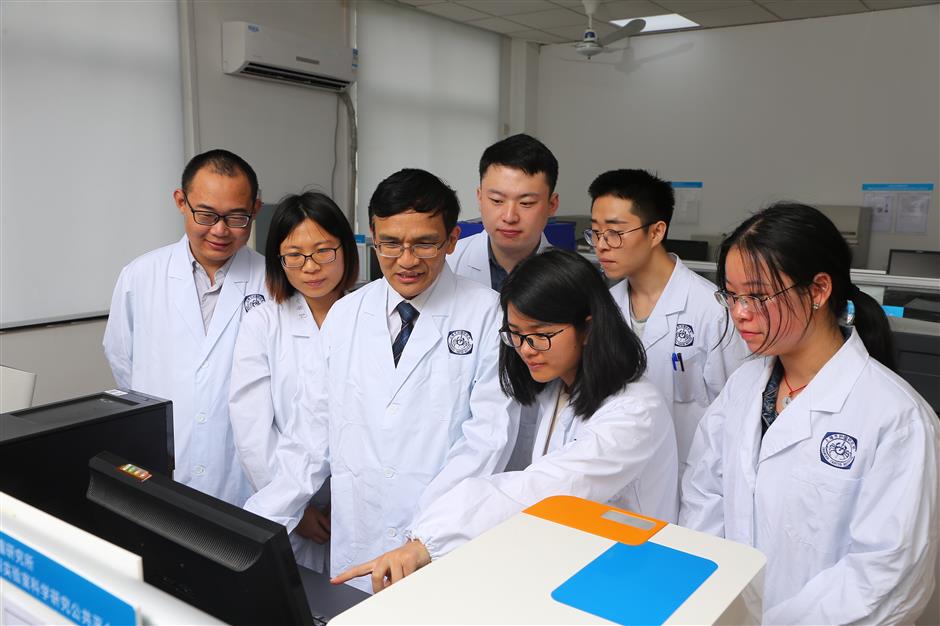