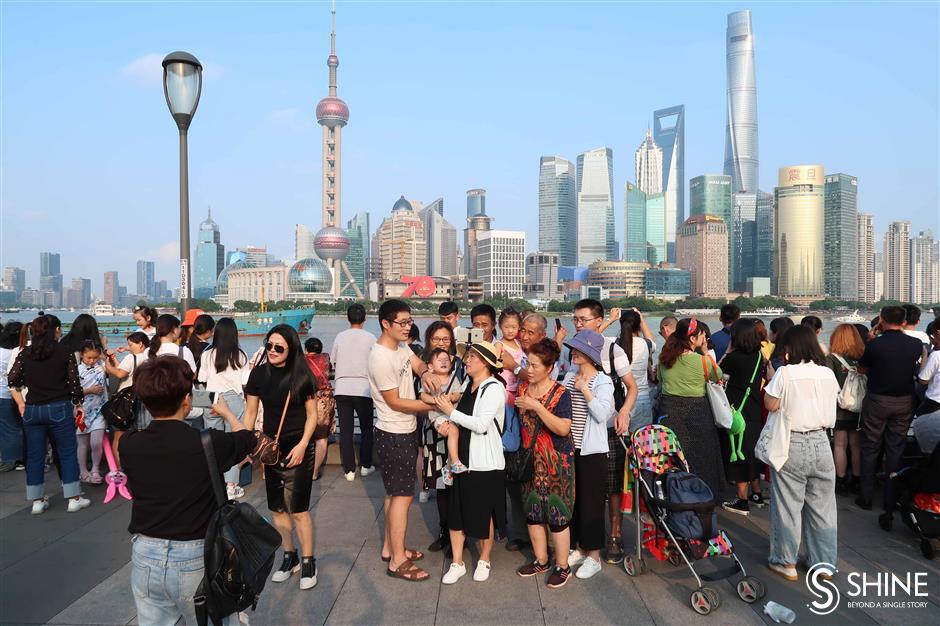 Visitors enjoy the sunshine on the Bund on Friday.

The city offered 60 tourist products for the holiday and the Shanghai Tourism Festival reached its climax with 40 events.

Tourist spots across the city attracted 4.2 million tourists between October 1 and 4, while local museums received about 380,000 visitors, art galleries have received 130,000 and libraries 150,000. Heritage skills training centers, community culture centers and folk art venues welcomed around half a million visitors.

The Bund, Yuyuan Garden and Lujiazui are among the most popular attractions during the holiday.

More than a million tourists headed to the Bund between Tuesday and Friday.

Cars have been banned from many downtown areas during the holiday. 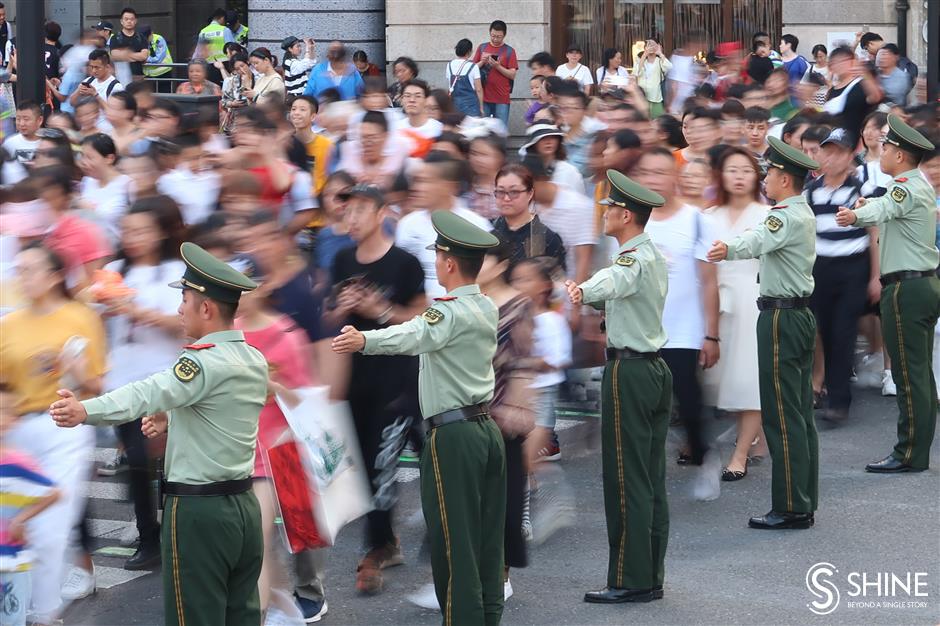 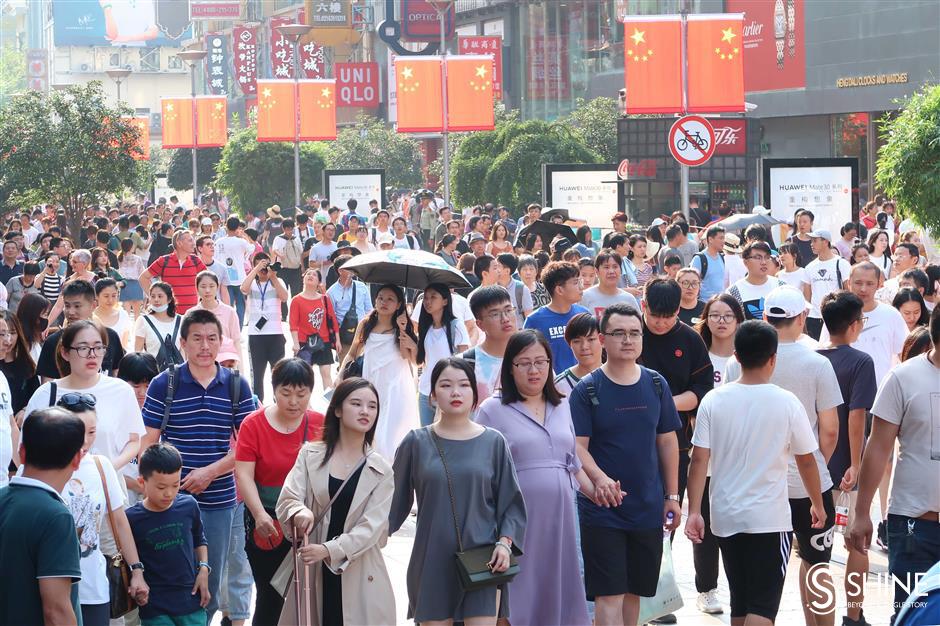 Yuyuan Garden Malls have erected a 200-meter graffiti wall to celebrate the 70th anniversary of the founding of the People's Republic of China that includes popular local attractions, cartoon figures and Shanghai dialect.

The 45-kilometer waterfront on both sides of the Huangpu River have received 3.36 million citizens and tourists. The Shanghai International Resort in Pudong attracted over 200,000 visitors. The sightseeing cruises on the Huangpu River ferried 120,000 passengers.

Among the most popular cultural sites, the Shanghai Library received 35,400 visitors between Tuesday and Friday. The nearby Shanghai History Museum attracted 28,500 viewers. The memorial site for the First National Congress of the Communist Party of China has seen 26,500 visitors.

Many tourists from out of Shanghai came to experience the city's festive atmosphere. Railway and long-distance buses brought 1.86 million tourists from across China. Over 900,000 vehicles drove into the city between Monday and Thursday, while some 1.3 million locals also drove out of Shanghai to spend the holiday elsewhere.

Rural attractions also become popular to both tourists and locals. The city's countryside parks attracted a total of 54,600 visitors on the first four days of the National Day break. The Zhujiajiao watertown in Qingpu District received 159,300 visitors. 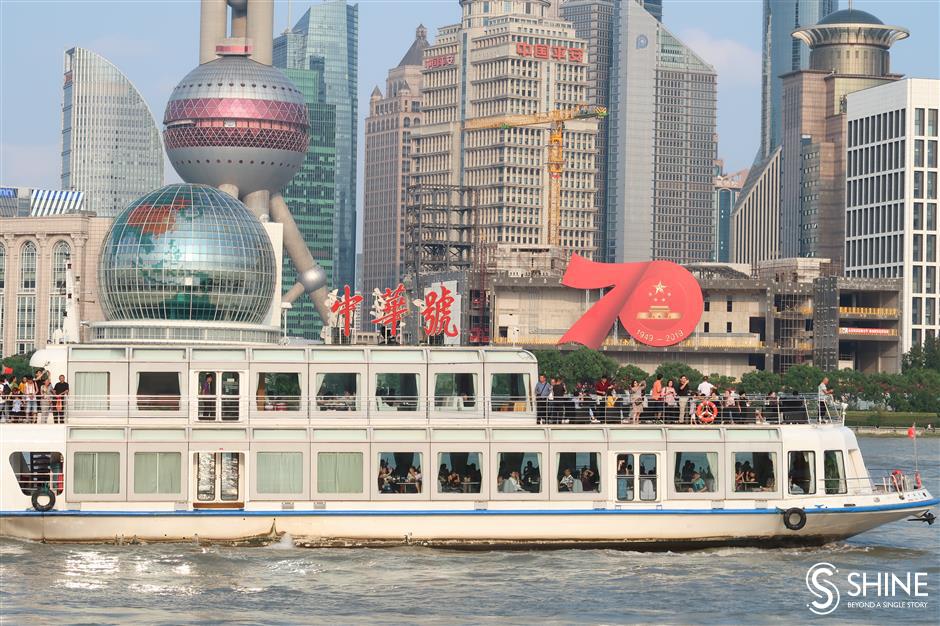 A full packed sightseeing cruise ship on the Huangpu River 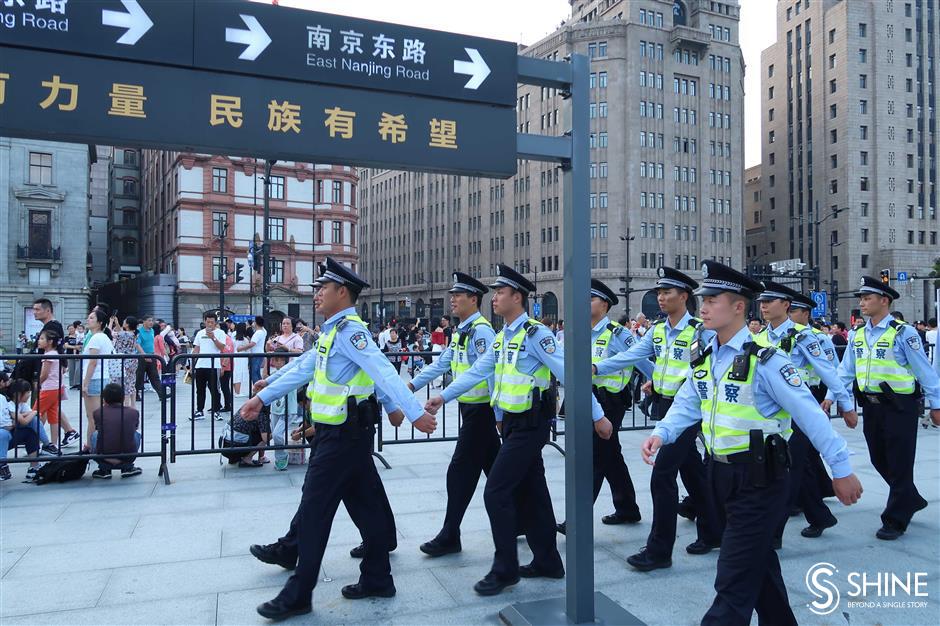 Police officers to maintain order and ensure safety on the Bund.