Shanghai Tourism Festival wrapped up on Sunday night. More than 25.7 million enjoyed the events over the past 23 days, 48 percent up on last year.

It was the first time that all 16 districts hosted events with attractions across the city offering half-price tickets.

The city’s administration of culture and tourism awarded 39 minsu (B&Bs) stars during minsu experience week. Minsu offer tourists a chance to experience a Shanghai without its stereotypical skyscrapers and neon lights and embrace nature and rural lives.

This year, more than 1,500 performers from 10 Belt & Road Initiative countries played in the city. Since the first tourism festival in 1990, more than 30,000 overseas performers have brought their shows to the city. 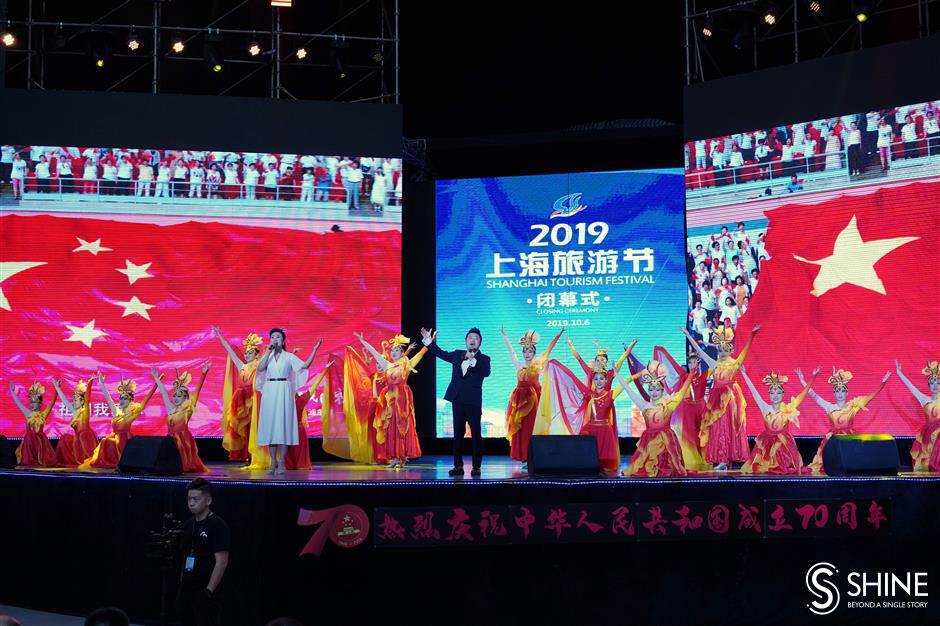 The 2019 Shanghai Tourism Festival wraps up on Sunday with a gala at the World Expo Plaza in front of the Huangpu River in Pudong.