The city's Yangshan Frontier Inspection Station opened a green channel at dawn on Tuesday for a vessel carrying nearly 200 kilograms of Italian dough to make bread and other items for the second China International Import Expo, inspection officers said.

The vessel docked at the Yangshan port at 1:30am.

To ensure the dough could enter the country quickly, the frontier inspection station was in contact with the shipping company, agencies and the other departments at the port such as customs and the maritime safety authority.

Since the dough can be affected by factors such as temperature, they organized a joint plan on the vessel's berth, inspection checks, customs clearance and entry in advance.

Before the vessel arrived, related departments obtained information online and started some procedures early. After it arrived, officers from the frontier inspection station, customs and maritime safety authority went aboard to check the vessel, its crew and the goods at the one time, guaranteeing that the dough could enter the country in the fastest way possible.

The shipping company said it took the vessel 34 days to pass the Mediterranean Sea and the Red Sea to get to Shanghai.The dough is unfermented. Considering that some areas of the Red Sea have high temperatures, which could affect the quality of the yeast, a constant temperature cold chain was used for the dough's transport with the temperature set at 20 degrees Celsius.

Chi Xiaonan, a Yangshan customs officer, said they had early communication with the exhibitor and shipping company and arranged for more hoisting equipment at the port as well as raising the port's transport capacity.

To gear up for the second CIIE, local customs has set up a special CIIE office to provide customized services for exhibitors. 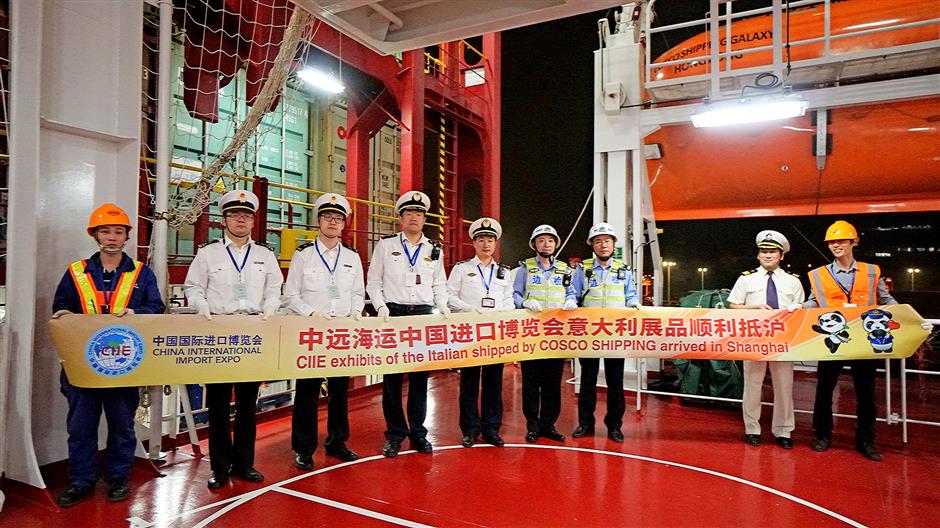 Officers from the frontier inspection station, customs and maritime safety authority who worked together to make sure the Italian dough could enter the country as quickly as possible. 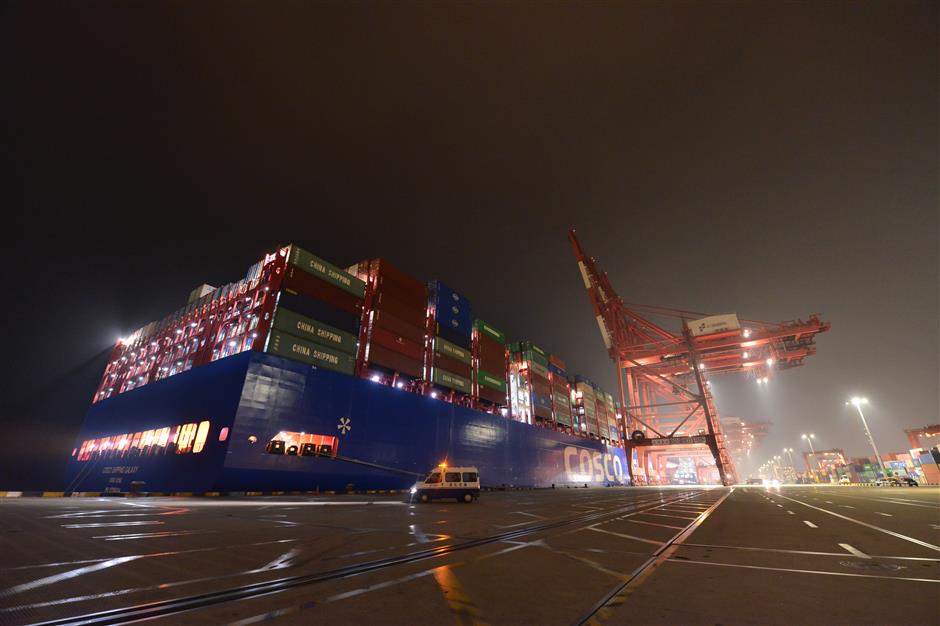 A vessel carrying nearly 200 kilograms of Italian dough used for making bread and other items for the second China International Import Expo docks at the Yangshan port.