Shanghai Standouts of 2019 titles were awarded to 102 people from all walks of life, the Shanghai General Trade Union said on Tuesday.

The 102 stood out from 573 candidates who either volunteered themselves or were nominated by others.

The award, which recognizes the city's top workers, has been given to 382 people since 2016.

Among the standouts this year, 79 work in industries such as electricity, steel, ships, health, education and technology. Another 13 are farmers and there were 12 women honored. Last year, eight women were among the 98 people given the title.

Among this year's winners, 67 have a total of 1,064 intellectual property patents under their names, according to the trade union.

Dr Sun Wuquan from Shanghai Yueyang Hospital of Integrated Traditional Chinese and Western Medicine is the only TCM doctor honored this year.

Sun has been practicing Tuina for nearly 30 years. “Different from using medicine or medical equipment, Tuina depends on doctor’s hands, strength and technique," he said. "In addition to inheriting traditional TCM skills from our teachers, we developed it through a combination of Western medicine, biomechanics and modern imaging technology to give safer, more precise and more individualized treatment. Waist pain, spine problems, some chronic diseases and pediatric diseases are all targets for Tuina, which we use to give some 120,000 services annually.

"Maybe our job is not as dramatic as surgeons to save patients' life by surgery, but we can relieve people's pain and improve their life quality through our techniques and expertise, which is also the reason why we are devoted to the job for years." 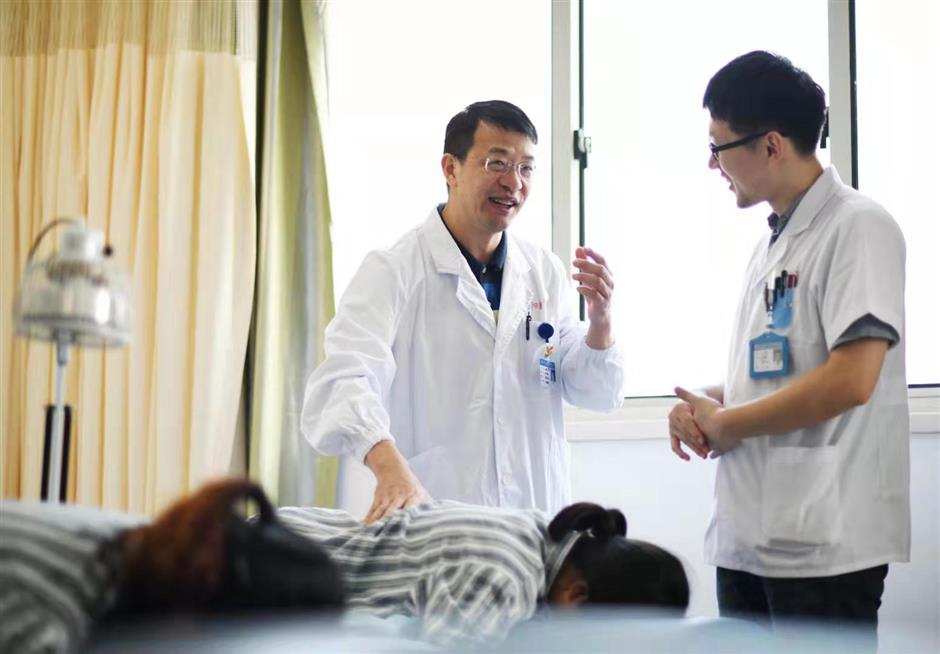