Xuelong 2 sets sail for the Antarctic 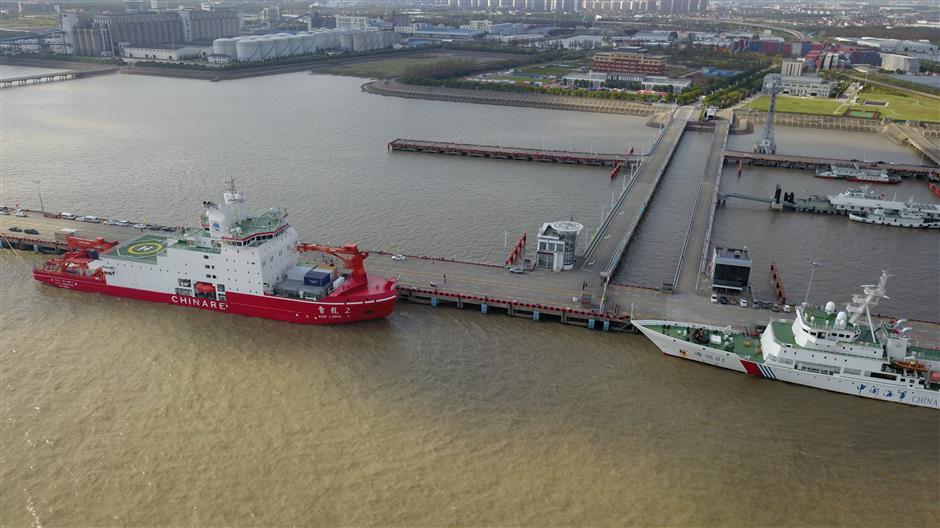 Xuelong 2 berths at its home port in Shanghai. 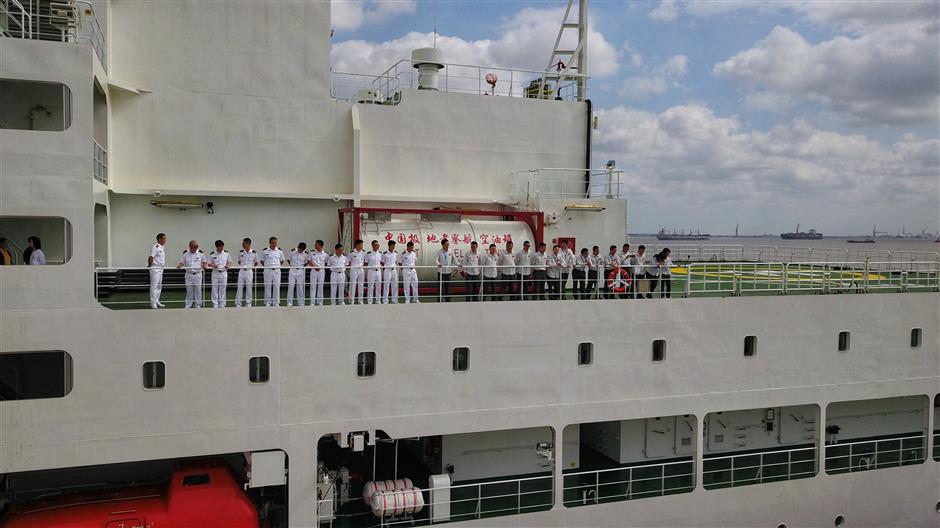 The ship's crew prepares for the polar expedition.

Xuelong 2 departed its home port on the Yangtze River in the Pudong New Area just after 10am. It will travel 29,760 nautical miles over 162 days.

The vessel will berth at the southern coastal city of Shenzhen from October 13 to 15 and allow 1,200 visitors to have a free tour as a highlight of the 2019 China Marine Economy Expo. After this, it will set off to the Antarctic.

According to a press conference held by the State Oceanic Administration in July, Xuelong 2 will make its maiden voyage to Antarctica together with the original Xuelong, the only Chinese icebreaker in service, in the country's 36th research mission to the region.

Qin Weijia, head of the polar research office of the State Oceanic Administration, said at the conference that Xuelong 2 will break the ice ahead of Xuelong as it transports research material to the Zhongshan Station.

It's also the world’s first polar research vessel to have double-direction ice-breaking capabilities. It can turn and break 1.5-meter ice, plus 20cm snow, at a speed of 2 to 3 knots.