Saving lives on the city's rivers 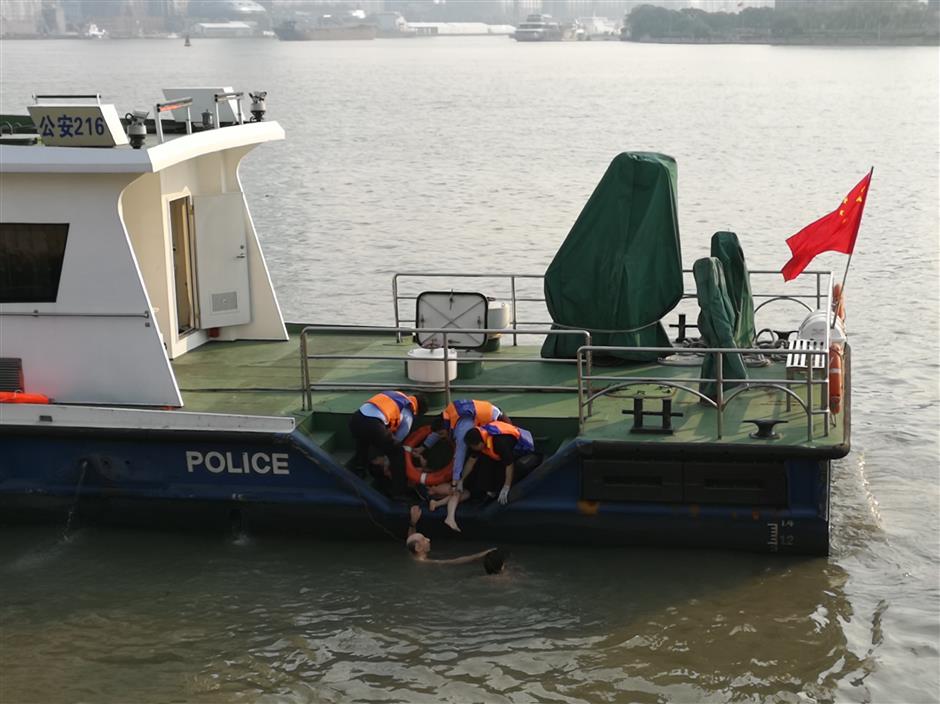 Officers from the city's harbor and waterway police rescue a man who had fallen into the Huangpu River.

Most of the city was asleep when Jin Jing, Chen Juehao and Song Xiaozhong, officers with the harbor and waterway police, received a call at 3:23am on Tuesday saying a man had fallen into Suzhou Creek.

The three rushed to the area near Hengfeng Road Bridge where a witness said he saw someone fall into the water.

The officers immediately launched a search and about 20 minutes later spotted the man struggling in the water 700 meters downstream.

They managed to pull him out and found that, Liu, a tourist, had somehow slipped and fell when he came to the bridge.

The officers said that situation was critical, for if Liu had been washed further downstream, he would have been exhausted and at risk of drowning.

Incidents like this are something these officers have to get used to. 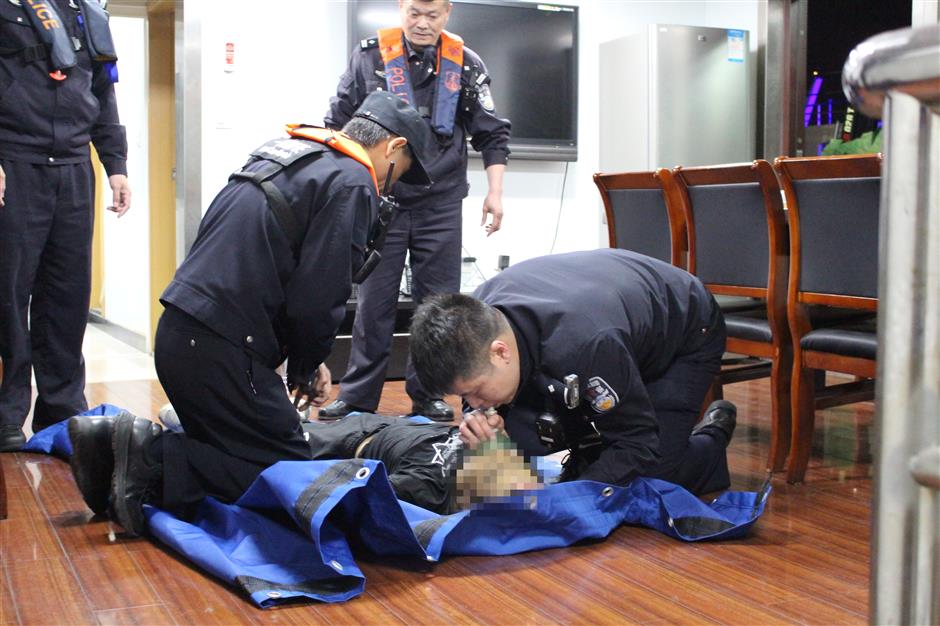 An officer from the city's harbor and waterway police performs CPR on a man rescued from the water.

The main task of the harbor and waterway police is to rescue people from drowning in the Huangpu River and Suzhou Creek and they have saved 42 people who were in critical situations since April.

“Saving people from drowning in the rivers is a tough task,” said patrol leader Yan Yong. “The boat can’t get too close to the victim for the undercurrent and wind on the water may suck the victim down under the boat.”

Officers usually reach out to victims with sticks or lifebuoys, but when the victim refuses or is unconscious, they don’t hesitate to jump into the water to help the victim out.

All the officers must master skills in swimming and navigation and have good stamina. Xie Chuang, deputy director of the police team, said all officers undergo swimming training and competitions every year.

There are several stations beside rivers and a patrol boat constantly shuttles between the two ends of the Huangpu River. Officers have to make sure they arrive at the scene as soon as possible after getting a call. 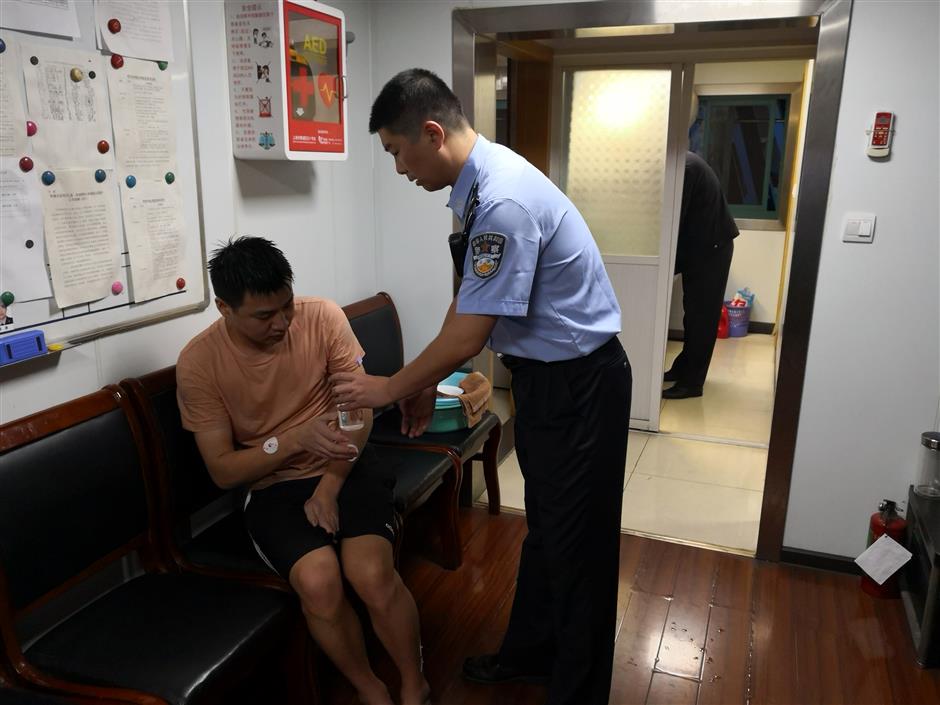 A police officer offers a man rescued from the water a cup of warm tea.

Sometimes people jump into the water after a falling out with their family or a tough day at work. When officers pulled a man out of the Huangpu River on September 28, he was so drunk and exhausted that he could hardly walk.

“Many people act on impulse when they jump, but usually the piercing cold water would immediately wake them up,” said Yan. “We hope people think twice and be more responsible for their lives as well as the ones they hold dear.”

Officers and their families have donated many of the clothes used to keep victims warm once they are pulled out of the water.