Theatergoers queued overnight for discounted tickets to the 2019 China Shanghai International Arts Festival, which went on sale on Thursday.

The tickets cover 58 productions at this year’s festival which runs from October 18 to November 17. The festival traditionally offers discounts of 50 percent or more on selected performances. This year, buyers can purchase up to six discounted tickets at a time.

Shanghai Majestic Theater is among 18 discounted ticket vendors around the city. Wang Fuqing, 59, was the first in the queue when sales kicked off at 9am on Thursday. Wang said he started queuing at the theater on Wednesday morning — 24 hours in advance.

“It’s my third straight year to queue for discounted tickets,” said Wang, who equipped himself with a folding chair, umbrella and snacks. “Some of the performances are world-class, and I noticed that more youngsters are appearing in the queue this year.” 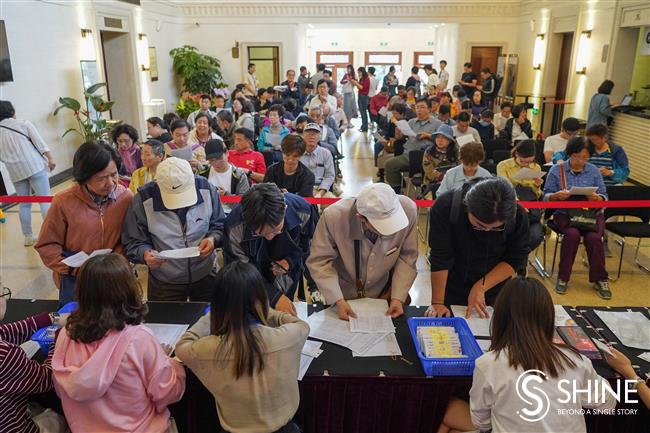 Shanghai Majestic Theater is among 18 discounted ticket vendors around the city. 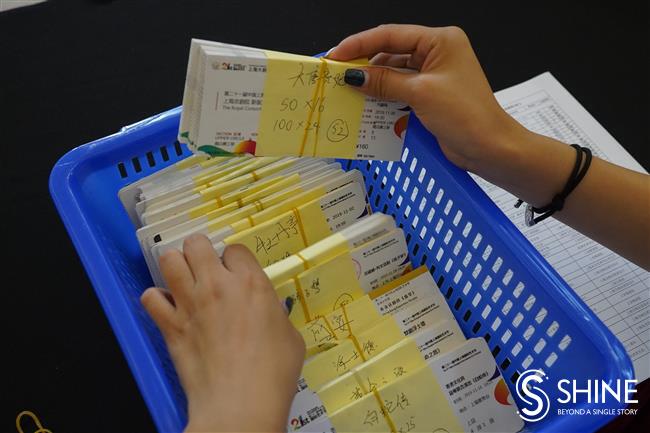 Discounted tickets are priced at no higher than half of their face value.

According to Yang Jing, deputy secretary of the festival, the performances included in the discount policy cover major sections of this year’s festival, including “Art Space” and “Rising Artists’ Works” sections, as well as an outdoor concert series at Shanghai Gongqing Forest Park.

“This year, we have improved the variety of the performances involved. Discounted tickets take up about 10 percent of the total amount,” said Yang.

Liang Wen, a postgraduate student in philosophy, was among the young faces queuing at Shanghai Majestic Theater on Thursday morning.

“I’m a theater fan, but Shanghai’s theaters offer very limited numbers of student tickets. This is a good chance to watch high-level performances at a cost I can afford,” Liang told Shanghai Daily.

Discounted tickets are sold at 18 spots around the city on Thursday and Friday. Remaining tickets will be sold through the festival’s official website from October 17.