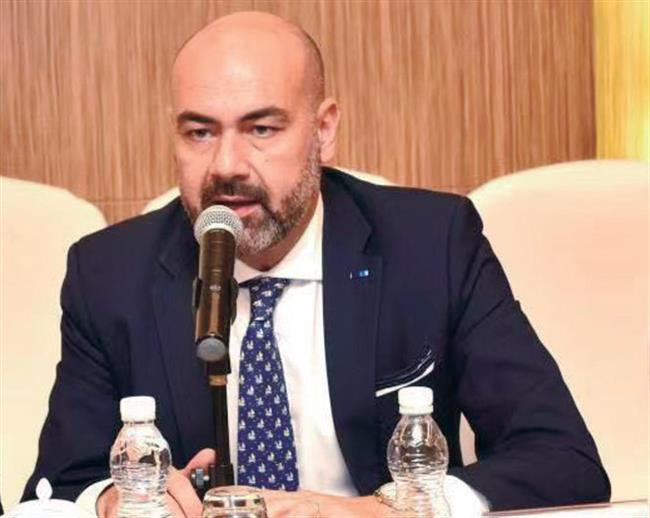 Fabrizio Ferri, CEO of the Chinese branch of Fincantieri in Shanghai

Fabrizio Ferri, CEO of the Chinese branch of Fincantieri in Shanghai, has won the Magnolia Silver Award for his contributions to the city’s booming cruise liner industry.

Ferri established a subsidiary in Shanghai to negotiate cooperation agreement between Fincantieri and CSSC, which took two years.

The complex deal was eventually signed in two parts, establishment of joint venture in July 2016 and MOA of manufacturing first Chinese cruise in February 2017 in Beijing, in the presence of China’s President Xi Jinping and the President of Italy Sergio Mattarella.

Fincantieri, Carnival Corp and CSSC agreed to construct the first two ships in China, with an option for four more. All six ships are to be built at Shanghai Waigaoqiao Shipbuilding at a cost of almost US$5 billion.

With his effort, Fincantieri and Baoshan signed strategic agreement in November 2018 during the first China International Import Expo in Shanghai to attract international cruise suppliers to Baoshan Industry Park.

The idea behind the cooperation is to build a supply chain for the cruise ship industry which will benefit the city of Shanghai.

Ferri is an international executive with extensive experience in business development, general management and strategic planning.

He joined Fincantieri in 2012 as head of the strategic marketing department for the cruise business unit.

Prior to Fincantieri, he worked for 10 years between China, the US and Europe as an executive in industries such as automotive and industrial components.