It is claimed they made and sold fake "early park entry" passes, which allow visitors into the park an hour ahead of the official opening time.

Visitors with this type of pass use a special gate. Police at the resort became suspicious when an unusually large number of visitors gathered at the gate on the morning of July 18.

Some had purchased passes online and received them in the form of cards from a person that morning.

The cards looked like room door key cards from a hotel in the resort. The hotel's guests can enter the park ahead of time with such cards and their park tickets.

However, police noticed that the cards had the same entry code printed on the back, and didn't have an electronic chip. 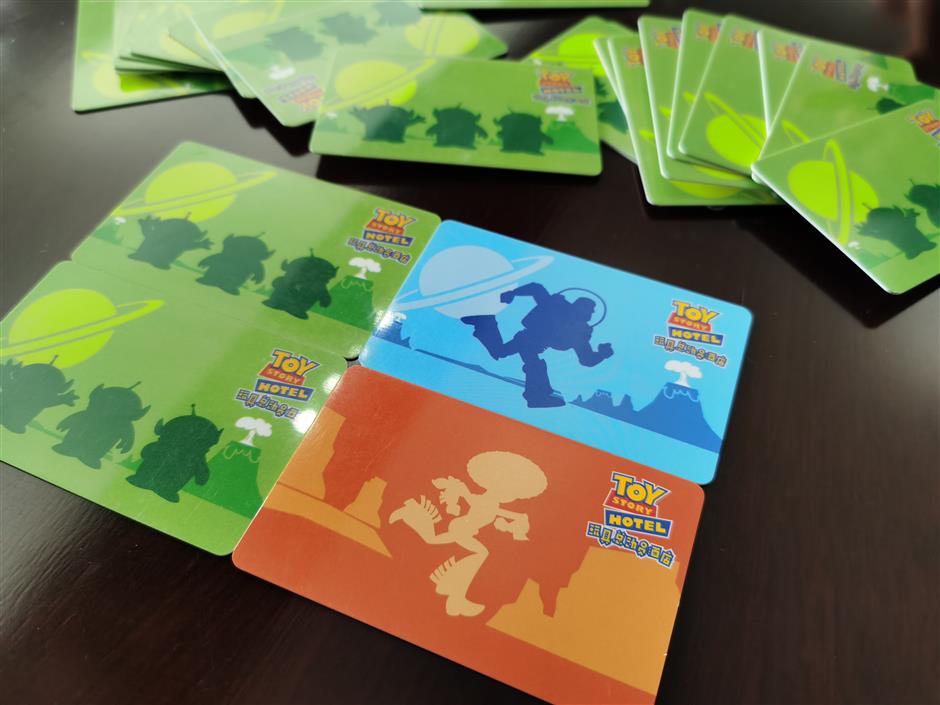 Police said they caught a man surnamed Zhang suspected of making the cards.

He had sold over 50 cards that morning and had another 375 on him, police said.

Zhang is said to have confessed, telling police that he started the illegal business earlier this year.

Pan Zheng, a police officer at the resort, said: "There's no such thing as a card-shaped 'early park entry' which is not a hotel room door key card. Such passes are only sold through the park's official website in the form of QR codes loaded onto visitors' mobile phone park app."

Police said the fake cards were being sold for over 100 yuan (US$14), but the price of the early park entry, which varies by date, is usually under 150 yuan.

Two people among the 10 suspects caught allegedly handed fake cards to visitors while seven others are said to have worked at the online shops where the cards were sold. Five of them have been arrested. 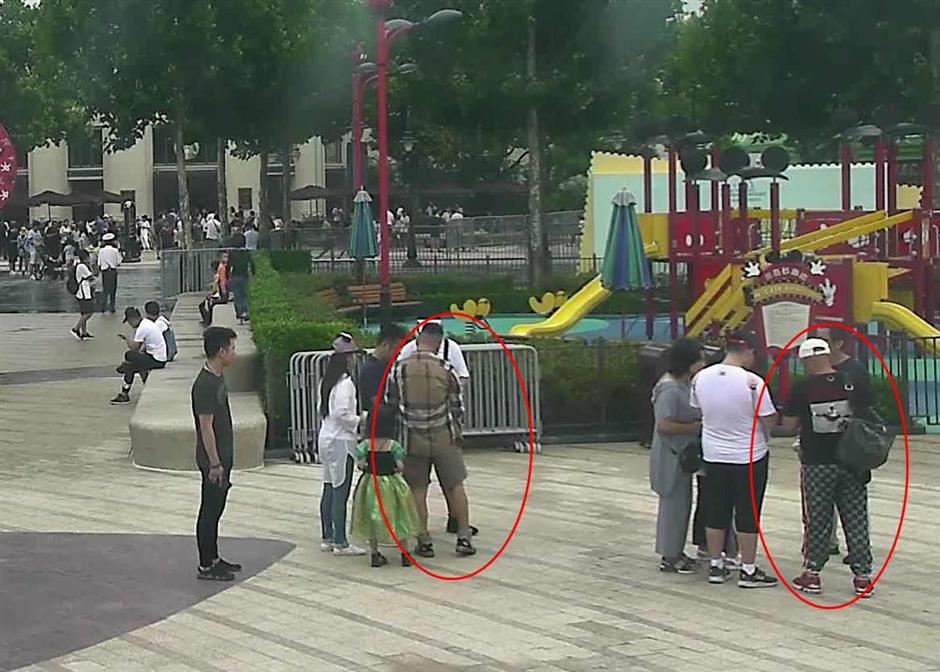 It is alleged that this picture, taken by a surveillance camera near the park, shows suspects handing out fake cards to visitors who had purchased them online.

The fake passes Zhang had sold from July 15 to 17 were worth over 9,000 yuan, according to the People's Procuratorate of the Pudong New Area.

Police said staff checking tickets at the gate for early visitors were not really strict in verifying the data on the door key cards.

"After the case, the park has been more frequently updating the entry code printed on the back of such cards and has stepped up verification of the card holders," Pan said.