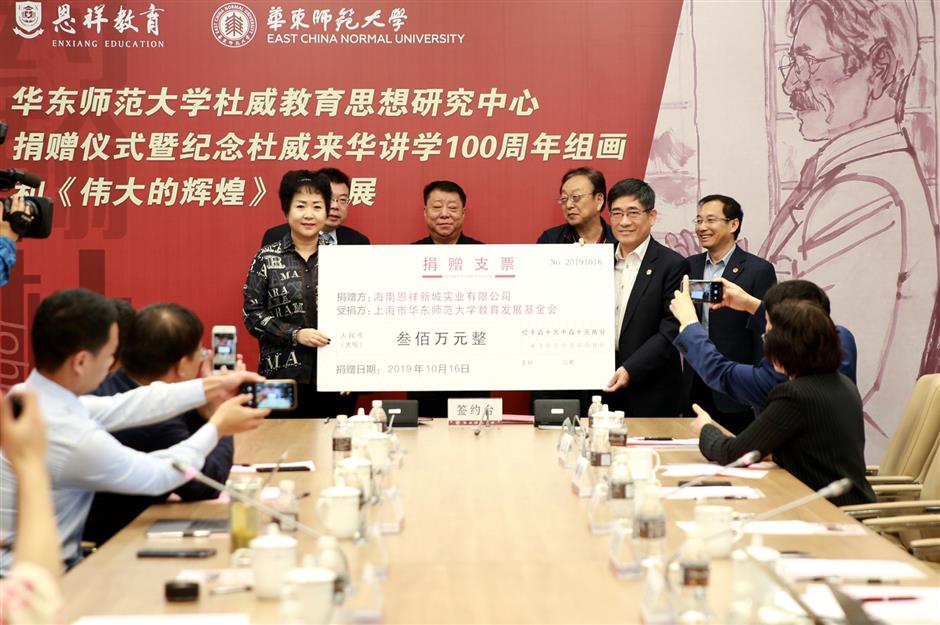 Tong Shijun, party secretary of East China Normal University, represents the university to accept a donation of 3 million yuan to establish a research center devoted to the philosophy of educator John Dewey.

The university began publishing Chinese versions of the works of Dewey in 2004 and has so far produced 39 Chinese-language volumes. The publication project is one of the largest ever in China devoted to a single philosopher.

Meanwhile, about 20 paintings by artist Li Fushun inspired by Dewey’s visit to China a century ago are being displayed at the university's gymnasium. They are displayed along with a giant painting of over 30 important events in the history of the People’s Republic of China to celebrate the 70th anniversary of the founding of the country.

Li said Dewey’s visit was a major event in China’s intellectual and education circles, where his ideas left a deep impression on educational theories and practices.

Li sought out archival materials related to Dewey’s visit and carefully traced his journey before creating the paintings.

The paintings were previously displayed in the University of Chicago, where Dewey worked. They are now being shown in China for the first time.

Li said he chose Shanghai as the first place to show these works as it was here that Dewey began his travels in China. Dewey and his wife arrived in Shanghai by boat on April 30, 1919 and had dinner with famous the Chinese revolutionary Sun Yat-sen two days later.

On a side note, Ou Yuanhuai, the third president of East China Normal University, was one of the favorite international students of Dewey when he taught at Columbia University. 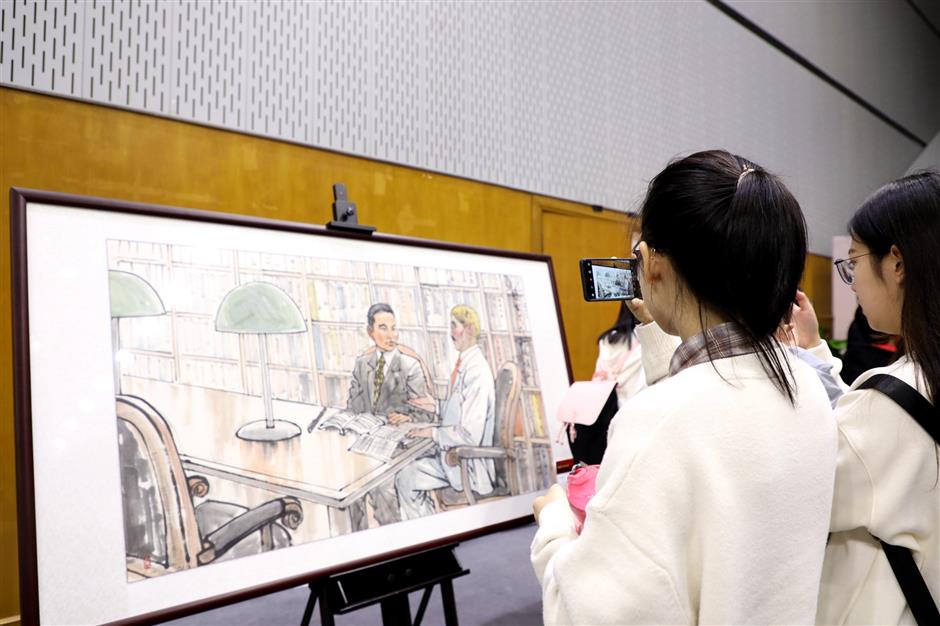 Students photograph a painting of John Dewey and Ou Yuanhuai. Ou was a student of Dewey and a former president of the university.