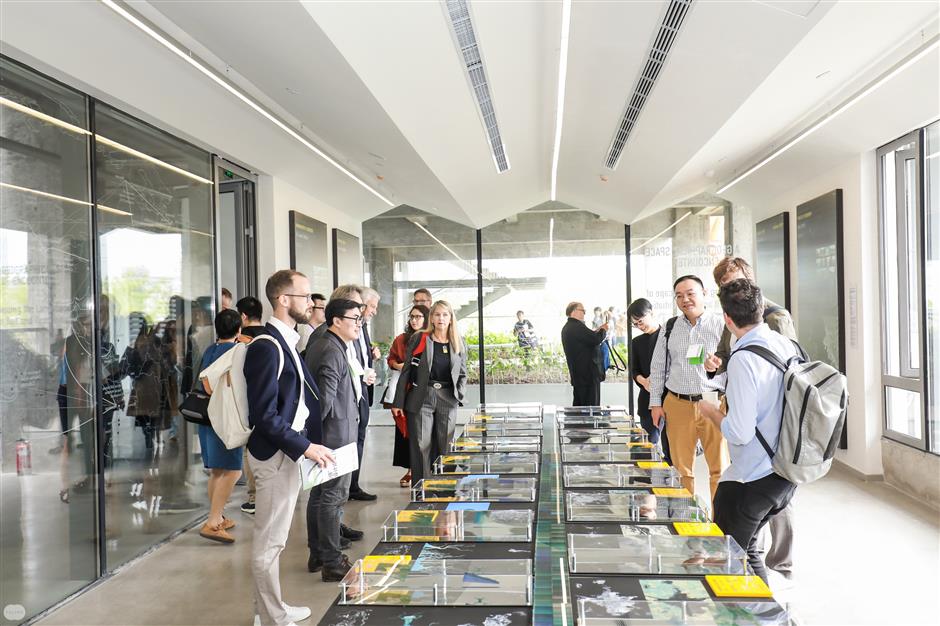 Artists and scholars from around the world visit an exhibition about China's Belt and Road Initiative as part of the Pan-Tongji Design Week.

Global designers, artists and scholars have joined a design week on the newly opened waterfront in Yangpu District, featuring exhibitions, forums and workshops amid the city's preserved industrial heritages.

The Pan-Tongji Design Week, jointly organized by the College of Design and Innovation of Tongji University and Yangpu District government, includes over 30 exhibitions and events about global design trends, Yangpu's industrial transformation and the latest developments on artificial intelligence.

The event  through November 4 with the theme on "A New Decade" is also part of the city's Shanghai Urban Space Art Season on the same waterfront.

The Yangpu District government will enhance cooperation with Tongji on urban revamping as well as innovation and entrepreneurship, said Ding Huanhuan, deputy director of Yangpu. A number of former workers' communities in Yangpu built over half a century ago have undergone redevelopment with creative designs from professors and students of the college.

As part of the design week, an exhibition about the nation's Belt and Rod initiatives has been launched on 1500 Yangshupu Road along the Huangpu River. Themed on "A Geographical Space of Encounter," the exhibition integrates satellite maps, social network data and landscapes in the Belt and Road countries to showcase the influence and value of the strategy.

A seminar on "Beauty of Uncertainty in the Age of AI" is being held in a restored shipyard on the waterfront for global experts and scholars to discuss the advantage and threats of AI to human beings. 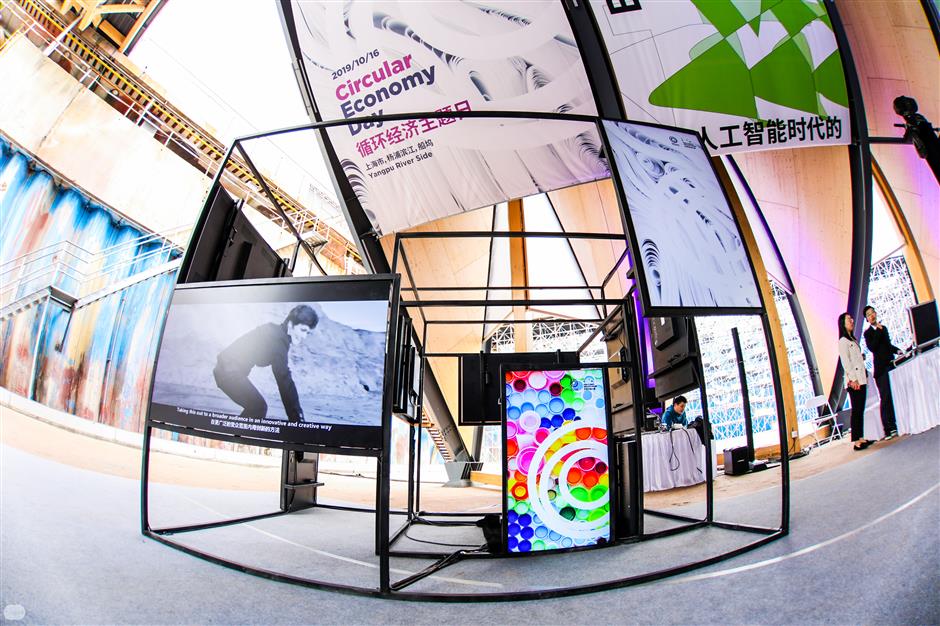 An exhibition on the circular economy at a restored historical shipyard along the Huangpu River in Yangpu District. 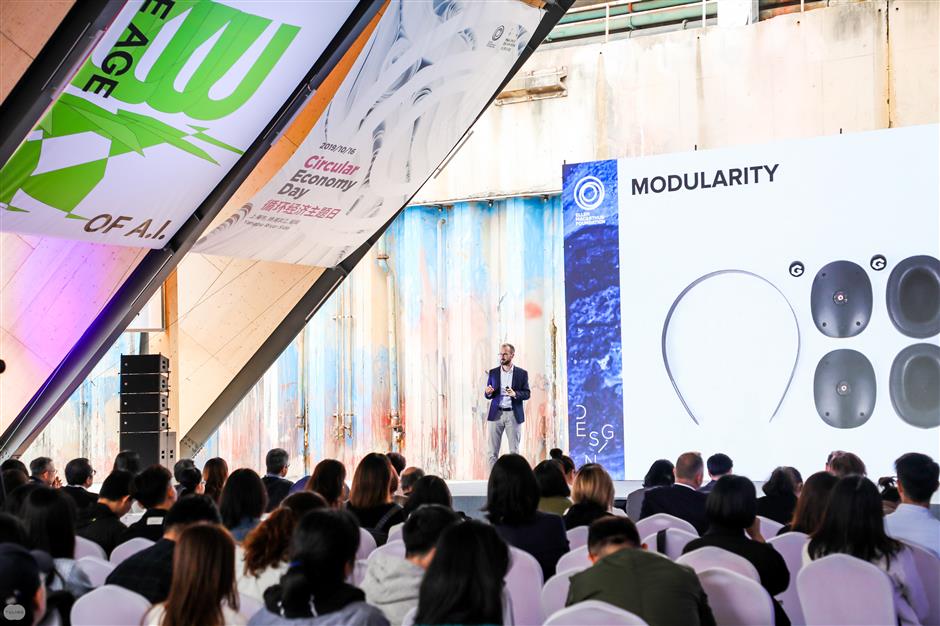 A foreign scholar shares opinions on the circular economy at a restored historical shipyard along the Huangpu River in Yangpu District.

A China-Africa design forum gathered colleges and design institutes of China and Africa to share how to absorb design wisdom from nature as well as the harmonious relationship between human and nature.

As a highlight, an exhibition and design competition on the circular economy have been launched on the design week. The exhibition themed "Closing the Loop" explores how to change the wasteful linear economy to a circular and regenerative model as well as how design can guide the transition.

Along with riverfront displays, visitors can also enter one of the city's oldest shipyards, as well as a nearby historic textile warehouse. Two shipyards in the area have been converted into major exhibition spaces.

The shipyards were established in 1900 by a German company to build shallow-water vessels, tow boats, ferries and cruise ships. The site was one of the largest shipyards in China in the 1930s and was named Shanghai Shipyard in 1985.

China's icebreaker, Xuelong, was renovated at the shipyard in 2007. 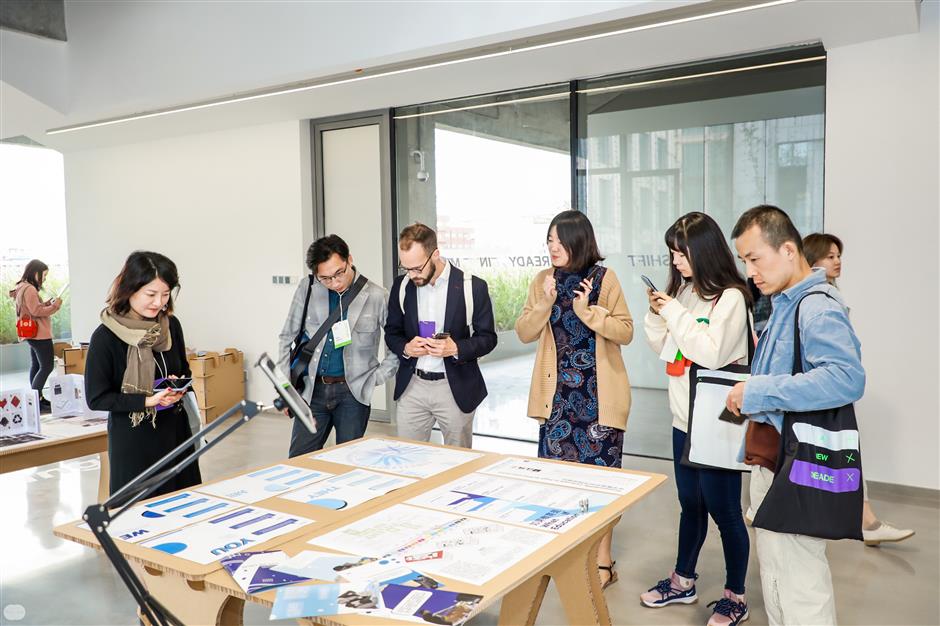 Global artists and scholars visit an exhibition at the 2019 Pan-Tongji Design Week. 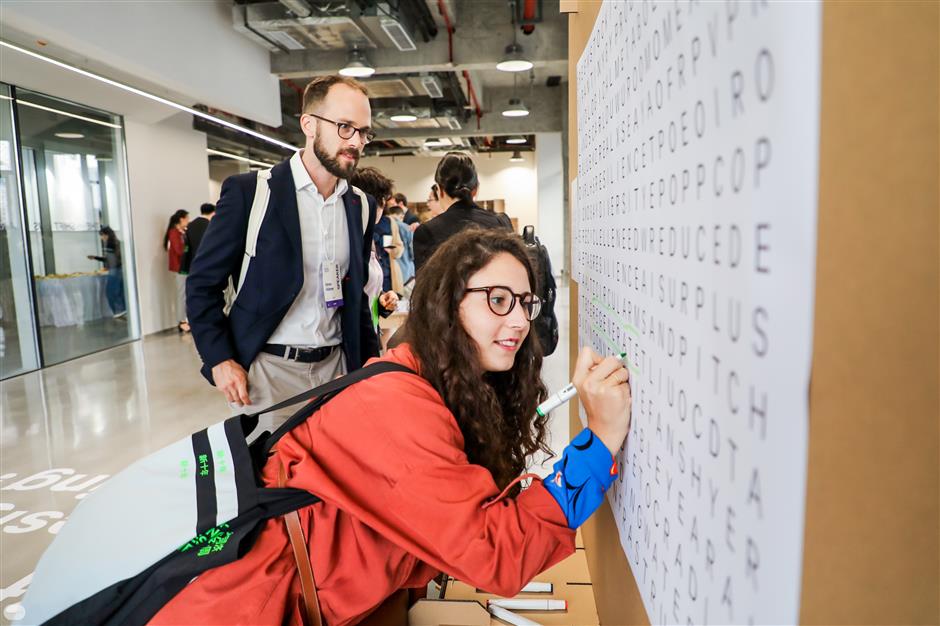 International artists and scholars visit an exhibition at the 2019 Pan-Tongji Design Week.