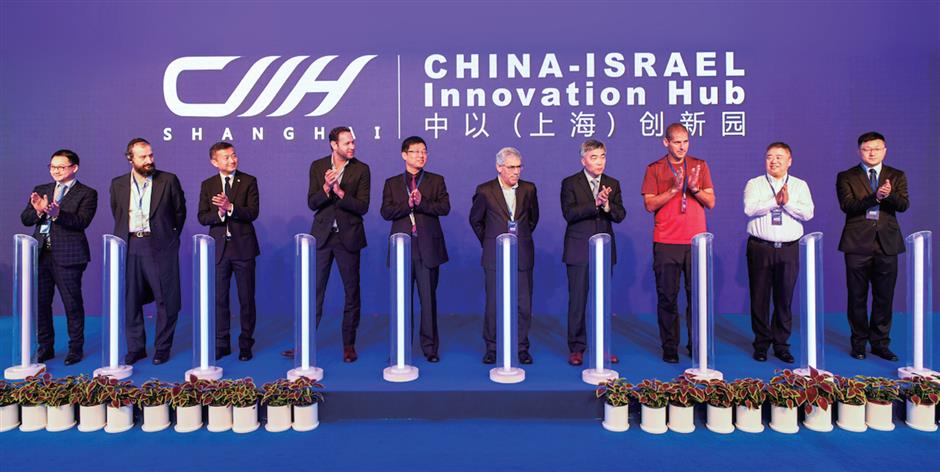 The Tel Aviv office of the China-Israel Innovation Hub (Shanghai) is launched in Israel during an exhibition about the collaboration on scientific innovation between the two countries.

The hub is based at Taopu Smart City in Putuo District at Hero World, the renovated former site of the Shanghai Hero Pen Factory, one of China’s time-honored brands.

The newly launched office, or Shanghai Innovation Center, in Tel Aviv will work with the hub’s other two Israeli offices, later to be set up in Haifa and Beersheba, to help exchange and transfer technologies with the hub in Putuo.

The new office will endeavor to seek, research, match, transfer, incubate, invest and industrialize startup projects and new technologies between the two countries.

The office was unveiled at “Innoweek,” the first Sino-Israel cooperation exhibition on innovation.

Over 150 companies, government bodies, industrial parks, universities and research institutes from the two nations displayed their cooperation and joint achievements at the exhibition.

An innovation and entrepreneurship contest among Chinese and Israeli companies was also launched during the exhibition.

The final of the competition will be held in Putuo in December.

Startup firms in artificial intelligence, intelligent manufacturing, life science and ecological and environmental protection from Israel are among the competitors.

The contest has attracted over 400 Israeli startup firms and will become an important bridge to link up with the Chinese market.

Israeli incubators Trendlines and StartupEast, China’s National Eastern Tech-Transfer Center and PricewaterhouseCoopers have signed contracts to set up bases at the Putuo innovation center and will serve the Yangtze River Delta area and radiate across China.

The hub is also expected to drive Taopu Smart City in Putuo to be on a par with the Zhangjiang Science City in Pudong as a key hub in the western downtown area for the development of Shanghai as a technology and innovation center.

China has remained in touch with Israel’s industrial innovation and shared a common goal in business.

Nearly 100 scientific innovation cooperation projects have been conducted between universities and research institutes in Shanghai and Israel.

Putuo has been striving to create a cooperative and innovative business environment for Israeli enterprises.