A new section of the S3 Expressway, from Zhoudeng Highway in the Pudong New Area to Lianggang Avenue in the Lingang Special Area of China (Shanghai) Pilot Free Trade Zone, broke ground on Monday morning.

Work on the expressway is expected to finish by the end of 2021, said Liu Jingyi, chief engineer of construction from Shanghai Chengtou Group. 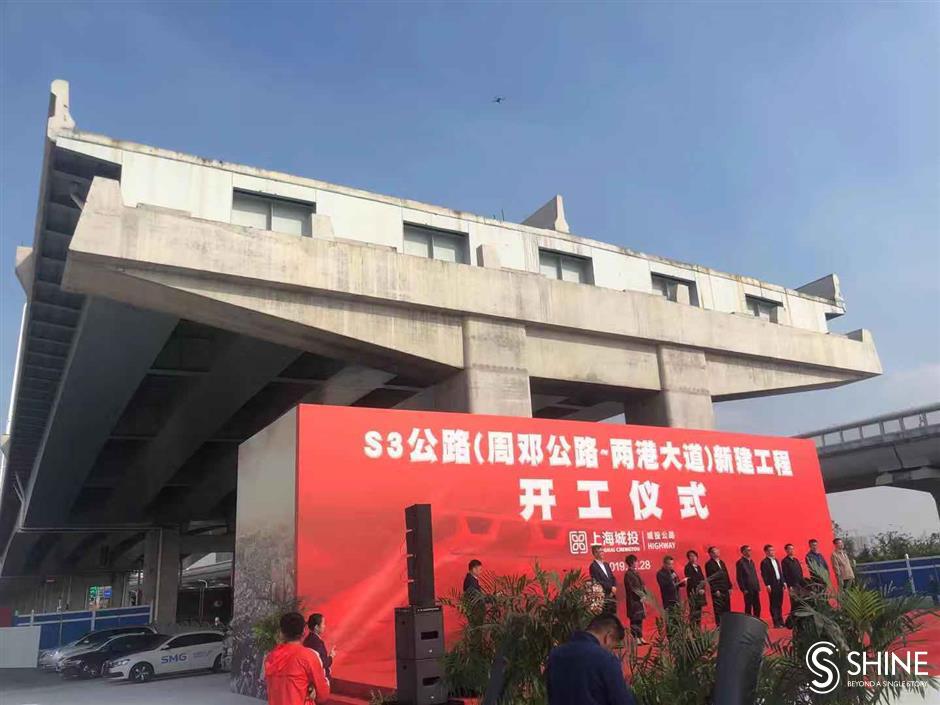 A new section of the S3 Expressway from Zhoudeng Expressway to Lianggang Avenue, which broke ground on Monday.

After completion, it will take about 40 minutes to drive from the Lingang New Area to Lujiazui. Now the trip takes at least 70 minutes via the S2 Expressway.

The first phase of the S3, from Xiupu Expressway to Zhoudeng Expressway, has already opened to traffic. The section which broke ground on Monday stretches on a curve from north to south over 26.6 kilometers, passing three towns in Pudong and two in Fengxian District.

There will be a toll gate at the junction of S3 and S32 expressways. There will also be two major interchange overpasses connecting with other highways, and six overpasses leading to local roads.

There will be three lanes in each direction of the expressway, with speed limits up to 100 kilometers per hour.

In the future, the S3 Expressway will reach further south to the Hangzhou Bay in Zhejiang Province, said Liu.

Gu Jin, deputy director of the traffic construction department of Shanghai Transport Commission, said the S3 expressway will shorten the distance between Lingang and downtown Shanghai by a third.

“The S3 Expressway will not only be the arterial road connecting Lingang and downtown but also relieve some pressure for expressways nearby, such as the S4 and S1503,” said Jin Yi, deputy director of the planning department of the commission. “More Metro lines and railways from Lingang to downtown are also being planned at the moment.” 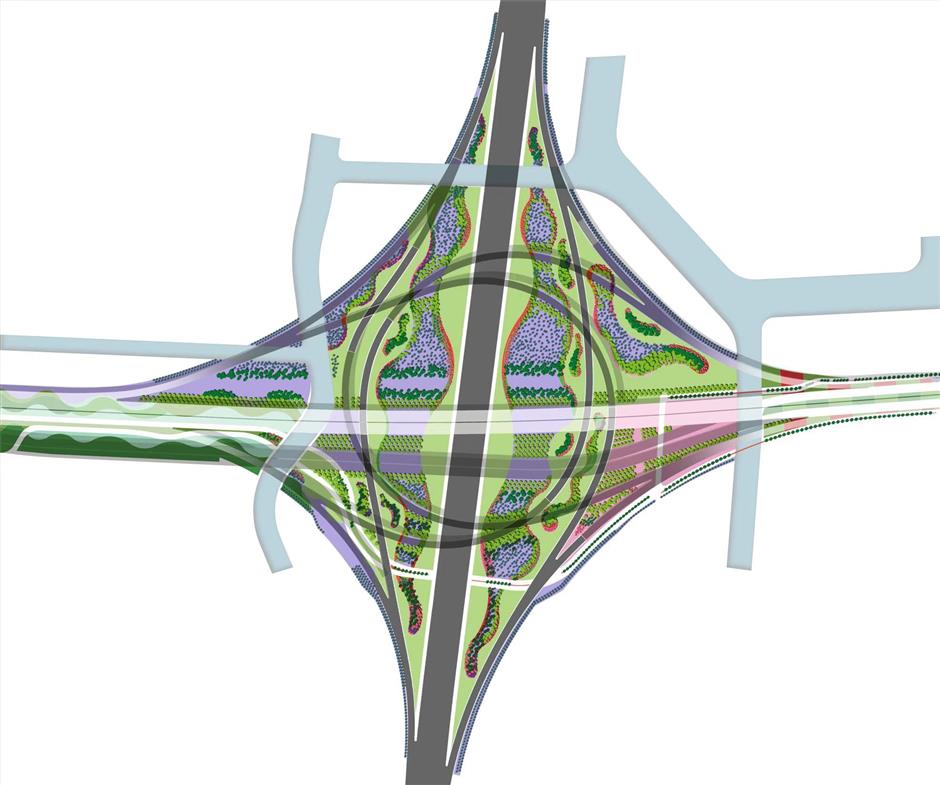 The layout of the new section of the S3 Expressway from Zhoudeng Expressway to Lianggang Avenue which breaks ground on Monday.