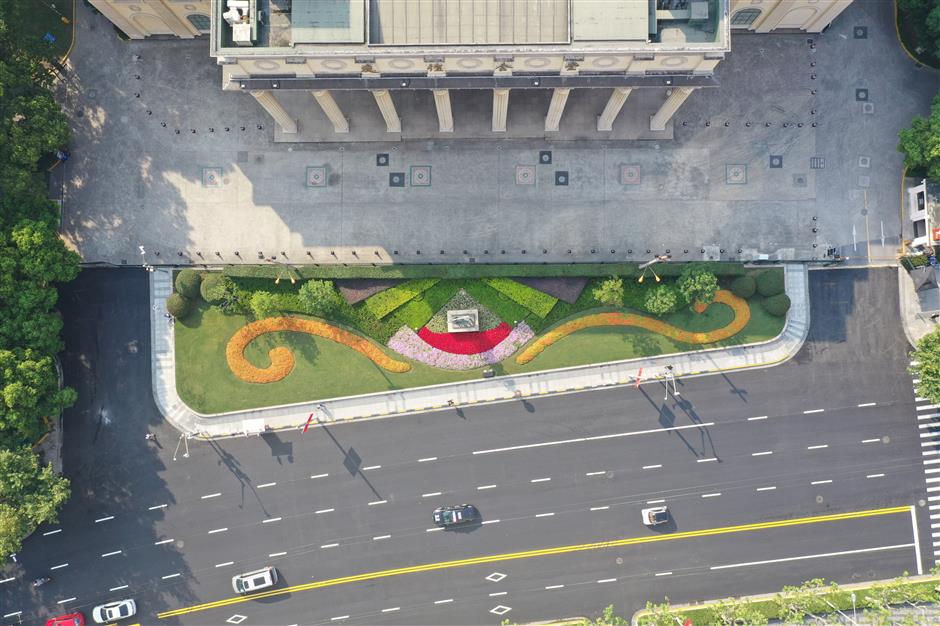 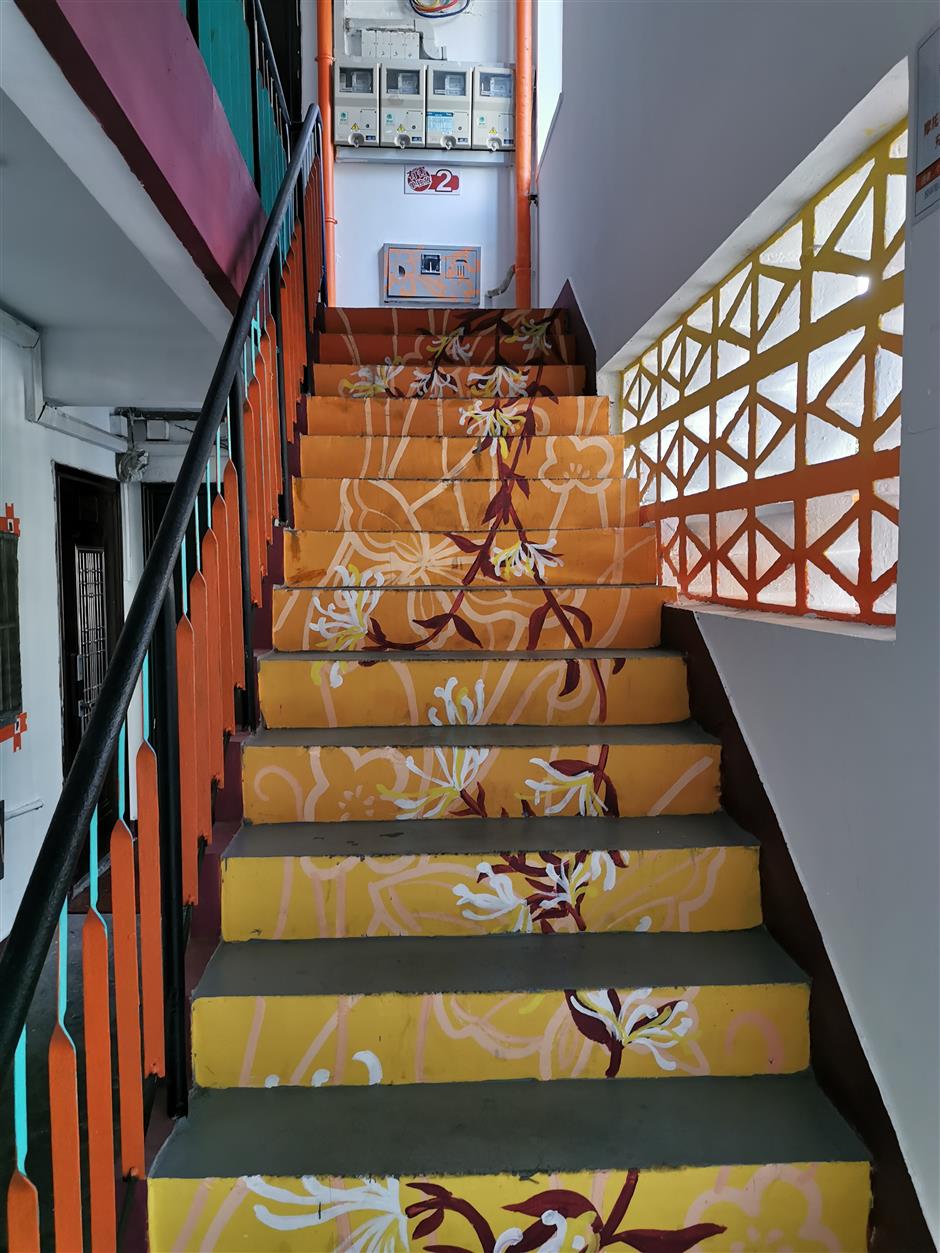 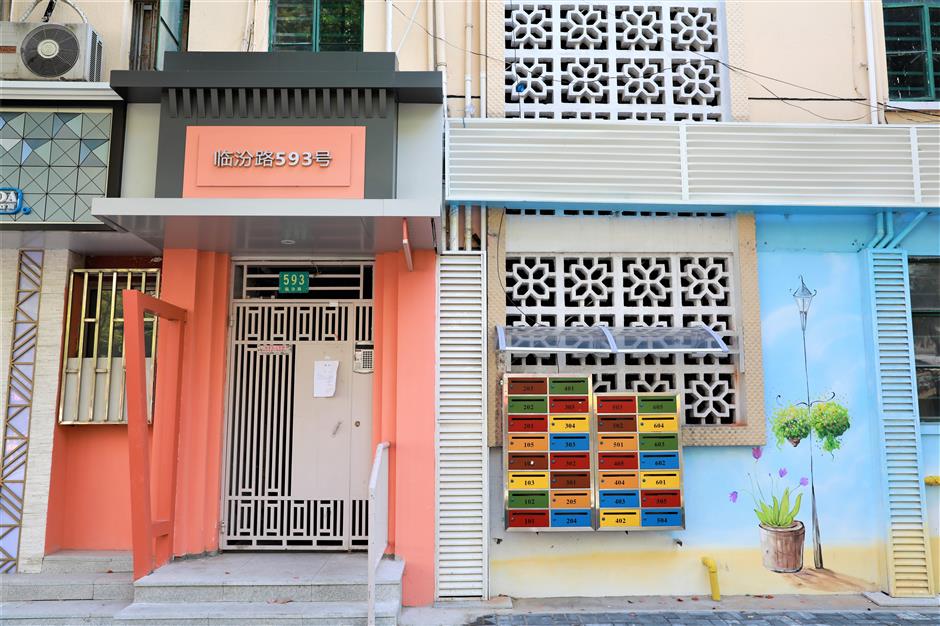 To welcome the upcoming China International Import Expo, Jing’an has strengthened its “beautiful home” campaign to improve the environment.

In the Pengpu Xincun Park, they have planted a blooming sea of pink grass — ideal for people wanting a romantic stroll.

To add some bounce to the somewhat drab Pengpu Xincun Subdistrict, residents from Yindu Yicun have painted the plain facades and staircases. Inside the No. 94 building of the neighborhood, staircases were painted with flowers in bright colors, with the blooms “growing” up an adjacent wall. The handrails were painted in green and yellow to convey the feeling of nature. “The designer provided a sketch, and our residents, both children and seniors, painted the staircases,” said Li Feng, Party chief of the neighborhood. “They are not just onlookers any longer. They are involved in a program that gives them a sense of belonging. And they will volunteer to maintain a pleasant local environment.”

In Linfen Road Subdistrict, many residential buildings stand very close to roads. To make every building unique and improve the environment, mailboxes have been designed as roadside art installations. They are painted in colorful hues as part of a giant painting on the facades of buildings. 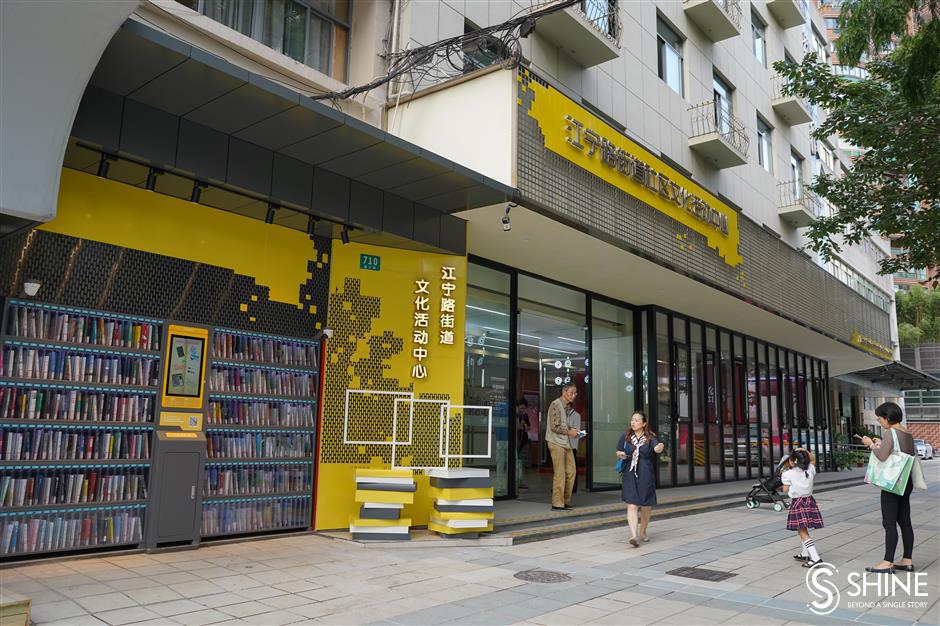 The newly opened community culture center in the Jiangning Road Subdistrict is drawing some celebrities to its roster of activities.

Five local notables have signed agreements to give lectures, share personal stories and talk to residents at the center.

They include 94-year-old orchestra conductor Cao Peng, who is dedicated to helping children with autism through music education, and 89-year-old Cheng Bushi, deputy designer of the Y10, China’s first commercial jet. According to subdistrict officials, more celebrities will be invited in the future.

The center at 10 Changping Road features an exhibition hall, DIY workshop, rehearsal hall and theater. A hall on the first floor is currently holding an exhibition showcasing subdistrict history and cultural spots.

Many of the artifacts on display were from local residents, including transcripts of local primary school students from the 1950s, textbooks used in the Republic of China period (1912-1949) and Shanghai-brand items such as a watch, toothpaste and beer. 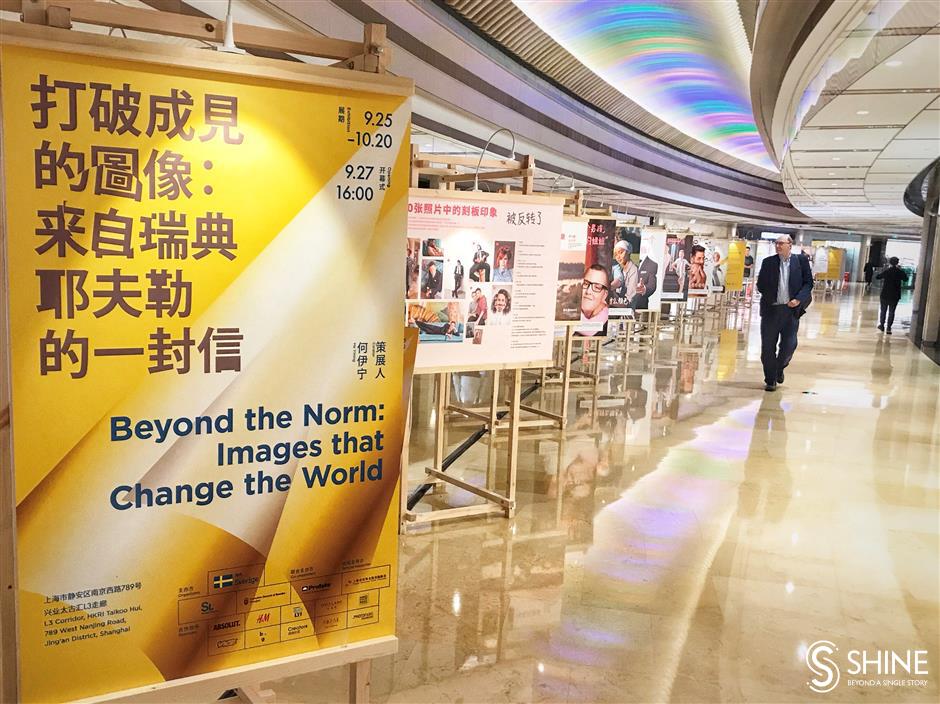 A photo exhibition aimed at raising public awareness of gender stereotypes, prejudice and discrimination has become a hit in Jing’an.

“Beyond the Norm: Images that Change the World,” held at the HKRI Taikoo Hui mall, features photos of men and women debunking typecast roles.

They show fathers taking care of babies at home and women entrepreneurs at work in their offices. Photographer Tomas Gunnarsson, who is described as a Swedish feminist and gender identity activist, challenges the conventional view that men are the breadwinners and women the babysitters.

His photos challenge viewer to think about a more inclusive society. 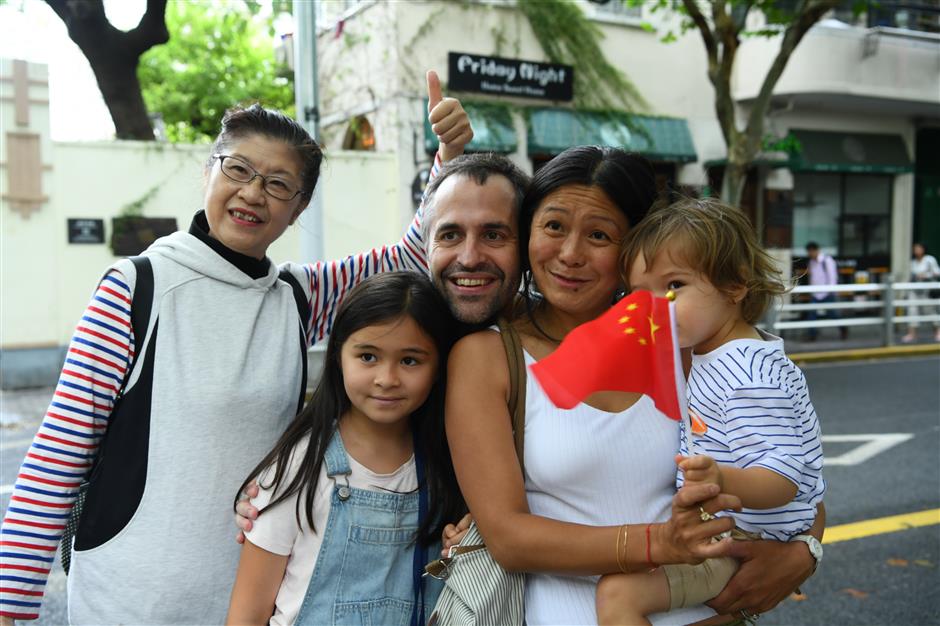 Three new walking routes around Jing’an have opened for people to explore more of the district on foot.

The first route, which focuses on the history of the Communist Party of China, starts from the memorial of the Second National Congress of the Party and wends its way to the site of the office of the Eighth Route Army and New Fourth Army.

The office, hidden in a shikumen (stone gate) building, was an important site in uniting the Chinese people to resist Japanese invaders.

A second route follows Shaanxi Road N. Built more than a century ago, the former Seymour Road is dotted with interesting buildings of different styles.

Some, like the site of Chongde Girls’ School, where actress Ruan Lingyu once studied, are open to visitors. The school today is Qiyi High School.

The last route, which mainly follows Yuyuan Road, highlights the diversity of Jing’an. It includes Yugucun, a residential complex of shikumen houses; Paramount Hall, which was Asia’s premier dance hall in the 1930s; and the former residence of underground Party leader Liu Changsheng. 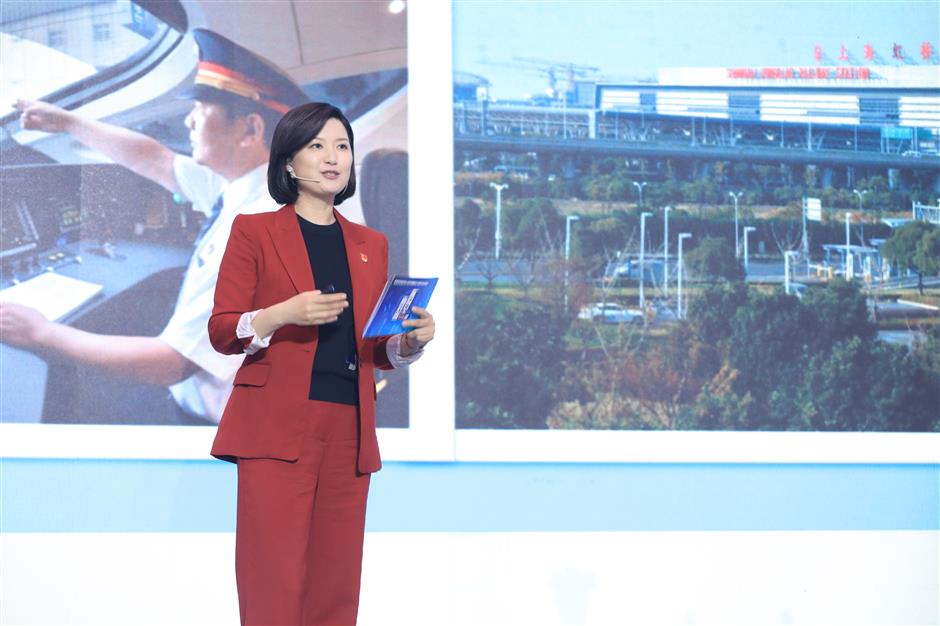 A special birthday tribute to China

Office workers in Jing’an and children from Xinjiang Uygur Autonomous Region have collaborated to make a special gift honoring the 70th anniversary of the founding of the People’s Republic of China.

A 70-meter scroll featuring President Xi Jinping’s speeches and his quotations from the classics was unfurled in a Party education event at the former Shanghai Chamber of Commerce. It features 5,000 characters, which symbolize the 5,000 kilometers separating Jing’an and Bachu County in Xinjiang.

Jing’an has been sending officials to poverty-stricken Bachu for years to assist in local development projects, and local people there have formed a deep friendship with Jing’an.

The site of the former Shanghai Chamber of Commerce, the first in China, sits on the northern bank of Suzhou Creek. It was the cradle of commerce and finance in the city about a century ago.

The chamber was founded in February 1912. Over the years, the building has been variously used as a school and factory. Last year, it reopened as a high-end dining venue after seven years of renovation