The third day of World Laureates Forum, attended by more than 40 Nobel laureates and other leading scientists, was entirely devoted to Mobius forums, where each scientist was given only three minutes to discuss what they are most concerned about.

The topics they submitted to organizers included: Can we cure Alzheimer's? Can we live forever? Is there life on other planets? Will climate change destroy all of us? Can we become superhuman through gene-editing?

The forum started with a special 15-minute presentation by 2019 Nobel physics laureate Didier Queloz, who explained how Earth is uniquely organized compared with millions of other planets, posing challenges when looking for a similar one habitable for lifeforms like those on Earth. He went on to list the elements needed for such life to exist, leading to the observation: "If you look for life like on Earth, you are not going to find it."

But rather than discouraging others from seeking aliens, he told Shanghai Daily that his presentation was intended to illustrate that we need to be more imaginative, and change the conditions of physics and chemistry research, and then we may yet find extraterrestrial life.

He also noted that traveling to another planet is still a dream — not to mention living there.

"Go to South Pole and try to live there for a while! Then you will see," he said. 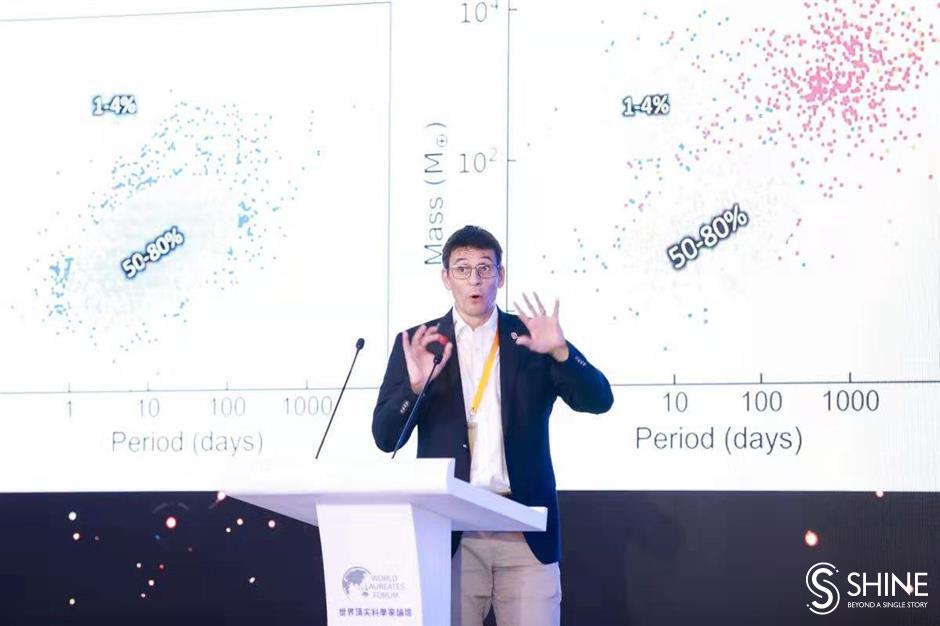 As the Mobius discussions started, three laureates, one by one, discussed challenges for scientists, especially young ones today.

They called for patience, cooperation and more funding into basic science research.

Randy Schekman, Nobel Prize in Physiology or Medicine 2013, pointed out the false standards of "impact factors" which are used by commercial scientific journals to evaluate scientists' research papers and results.

"Professional editors who used to be scientists judge the impact of science research well beyond their expertise, and do it very often. They rely on the perceived buzz or impact in the world. The distortion is pervasive."

Michael Rosbash, Nobel Prize in Physiology or Medicine 2017, followed with his worries about cooperation versus competition in science research.

With a brief introduction of how scientists helped diffuse nuclear tensions between states, he called for more cooperation rather than competition.

"Scientists have played and must continue to play such roles," he said.

"Disease has no boarders. However, money has, and it's not only between countries, but even within a single country."

He also called for patience from governments and those who invest in science research.

"All great cultural and research institutions in the world are very old, because it takes a long time to get results," he said. "A measure of patience must be exercised to built such institutions."

Yoshinori Oshumi, 2016 Nobel medicine laureate, reiterated the point of patience with his own example. It took 30 years before autophagy, his field, became popular with the identification of essential genes.

"Now the young generation tends to focus on application oriented science, so the number of graduate students is rapidly decreasing, which will cause difficulty in science in the near future," he also explained. 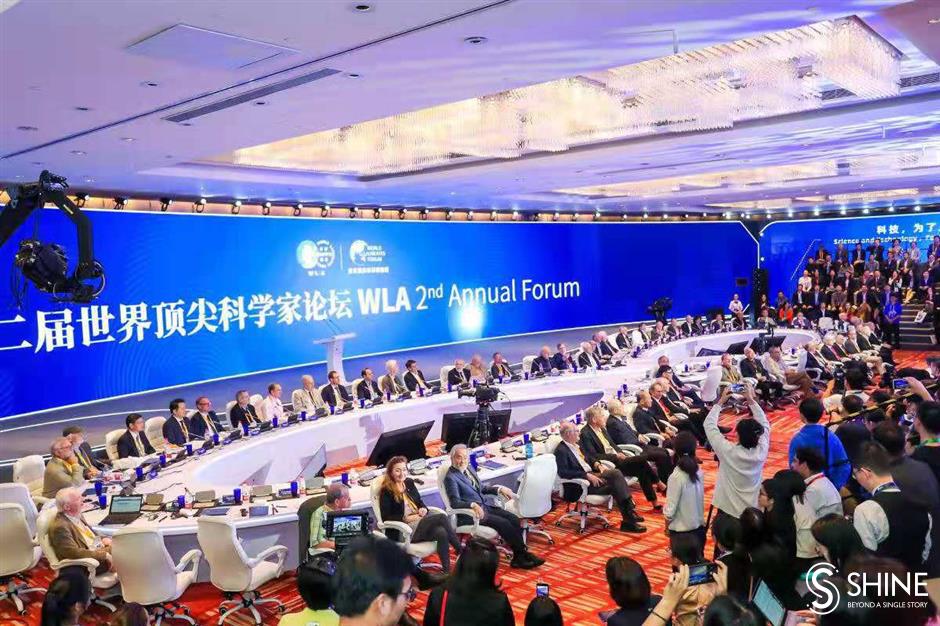 Inspired by Mobius Strip, the brainstorming forum asks each scientist to talk about what they concern the most for three minutes.