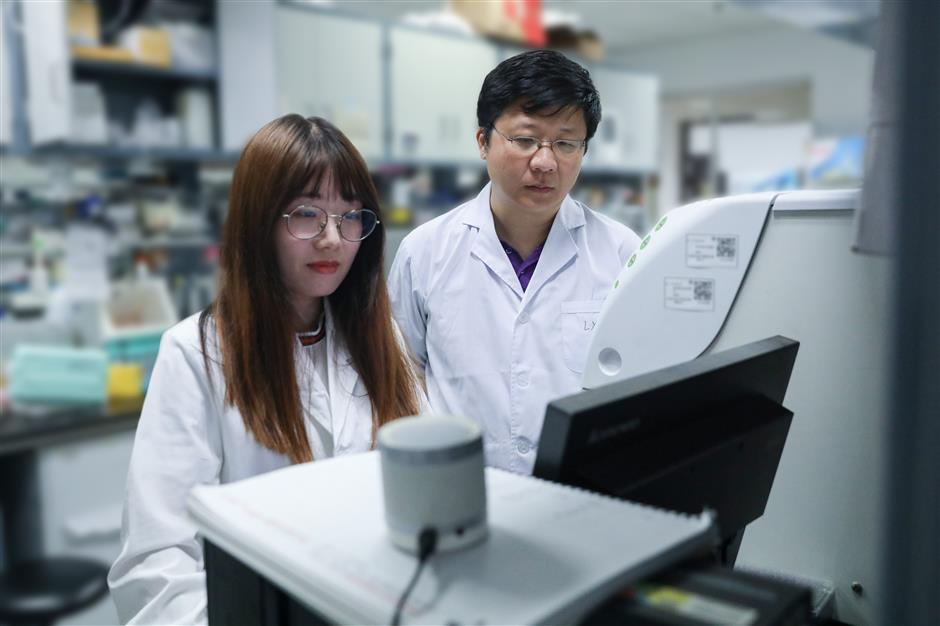 Professor Lu Boxun (right) and a student at work in the laboratory. 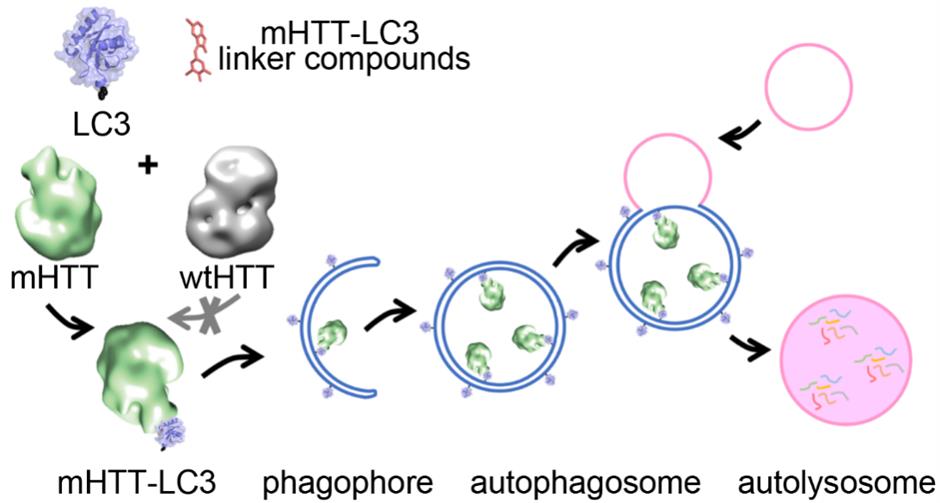 Local researchers have found a way of activating cells to selectively "eat" the protein responsible for Huntington's disease, raising hopes for hundreds of thousands of patients around the world.

Researchers at Fudan University have found four compounds, described as "small molecule glue," which tether the mutant disease protein so it can’t escape cells that can eat themselves.

It is likely they can be developed into oral medication, said Lu Boxun, a professor at the university’s School of Life Sciences.

The discovery was published in the science journal Nature on Thursday.

Renowned geneticist Huda Zoghbi wrote in a editorial that it was an “exciting discovery” that “found encouraging evidence that the compounds could produce functional improvements in models of HD across species.”

Huntington’s disease is caused by a mutant gene in DNA sequences. It is inherited, fatal and incurable.

In patients, healthy gene HTT mutates to mHTT resulting in the death of brain cells. The disease leads to a deterioration in physical and mental abilities that is progressive. Patients can live for between 10 and 20 years after diagnosis. It is estimated that nearly 1 out of 10,000 people suffer from the disease around the world.

Drugs containing antibodies that block biological processes don’t work and gene therapy also has little effect. It is a matter of urgency to develop oral drugs which are safer and more effective, Lu said.

Researchers came up with the idea of using autophagy, a process whereby cells “eat parts of themselves.” The 2016 Nobel Prize in Medicine or Physiology was awarded to Yoshinori Ohsumi for his pioneering work on autophagy.

The problem was how to make sure the mutant gene was included in the “self-eating” cells.

Researchers envisioned a “small molecule glue” that can stick to the mutant gene. They conducted tests on thousands of compounds and finally found four that were promising. Trials showed they could work on mice, flies and patients’ cells and reduce levels of the mutant gene while not affecting other healthy genes.

Lu said the strategy may also be used for other diseases.