The second World Laureates Forum concluded on Thursday in Shanghai where several of the world’s top scientists discussed job automation and discoveries, gave advice to young scientists and students, and shared what they are most concerned about at the recently added Mobius forum.

Shanghai Daily chatted with some of the attending scientists to get an insight into what the world can expect in the future.

Shanghai Daily asked Christopher Pissarides, from the London School of Economics, whether concerns about automation were true and whether people will have to voluntarily learn new skills to get upgraded jobs.

The 2010 Nobel Prize winner in economics is best known for his labor market research and is an advocate of technology’s positive effects on creating jobs.

Automation is a hot topic around the world with much research into its effect on the economy, especially in relation to the loss of jobs.

The joint China Development Research Foundation and Sequoia Capital China report released last year said the rapid development of artificial intelligence was expected to replace 40-50 million full-time jobs in the country over the next 15 years. But Pissarides cited China’s past 40 years as a proof that automation is not end of labor.

“If I ask you which period in recent humanity saw the biggest job losses, you will be surprised by the answer,” he said.

“It’s China after opening-up. Prior to that, the biggest sector was agriculture, so 65 percent of the entire population lost their jobs due to the opening-up and reform policy. Was that a bad thing? No one says so.

“So why worry about job destruction? You should have as many job destructions as the last 40 years. Because new jobs will be created. They are being created now, more efficient jobs.”

Pissarides believes technology will always create more jobs than those that are lost.

David Zilberman, winner of the 2019 Wolf Prize in Agriculture, said: “I visited China 35 years ago and, a few years ago, when I came again, suddenly there were many new professions.”

“This time I came to Shanghai, totally different again. Statistically people in Shanghai are much better off now than many years ago,” said Zilberman, from UC Berkeley.

“I also visited Kenya 10 years ago. Lots have changed there now. On average, it is better when you have innovation.”

He said new technology such as automation might bring difficulties, so the “government needs to make adjustments to make it as painless as possible.” 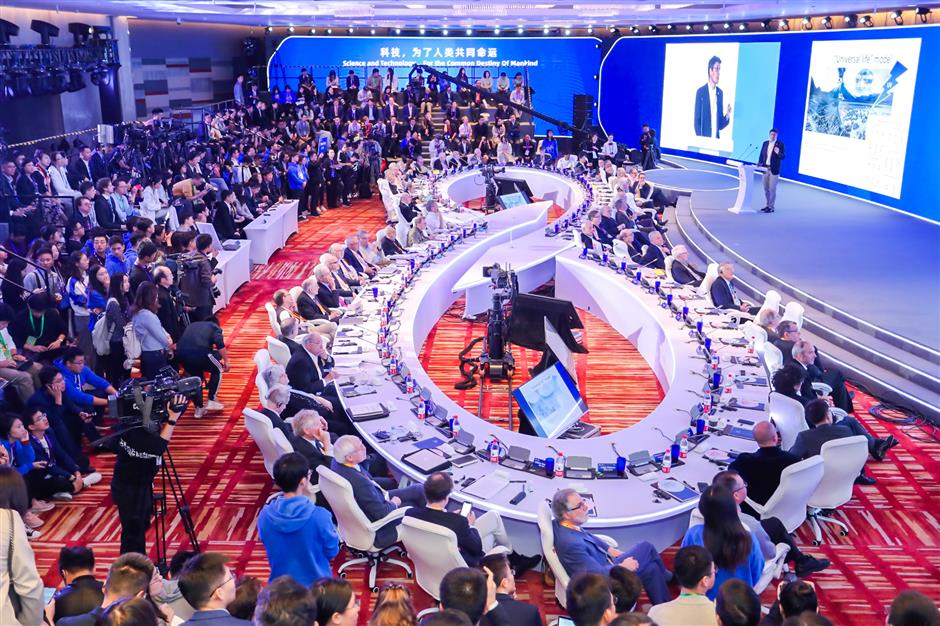 Inspired by Mobius Strip, the brainstorming forum asks each scientist to speak for three minutes about what they are most concerned about.

The last day of the forum was entirely devoted to the Mobius forum.

The topics submitted to organizers included: Can we cure Alzheimer’s? Can we live forever? Is there life on other planets? Will climate change destroy all of us? Can we become superhuman through gene-editing?

The forum started with a special 15-minute presentation by Didier Queloz from the University of Cambridge, who explained how Earth is uniquely organized compared with the millions of other planets in the universe and poses challenges when looking for a similar planet habitable for life forms like those on Earth.

He went on to list the elements needed for such life to exist.

“If you look for life like on Earth, you are not going to find it,” he said.

But rather than discouraging others from seeking aliens, he said his presentation was intended to illustrate that we need to be more imaginative and change the conditions of physics and chemistry research, and then we may yet find extraterrestrial life.

Queloz was jointly awarded the 2019 Nobel Prize in Physics along with James Peebles and Michel Mayor for their pioneering advances in physical cosmology and the discovery of an exoplanet orbiting a solar-type star.

He also noted that traveling to another planet is still a dream — not to mention living there.

“Go to South Pole and try to live there for a while! Then you will see,” Queloz said.