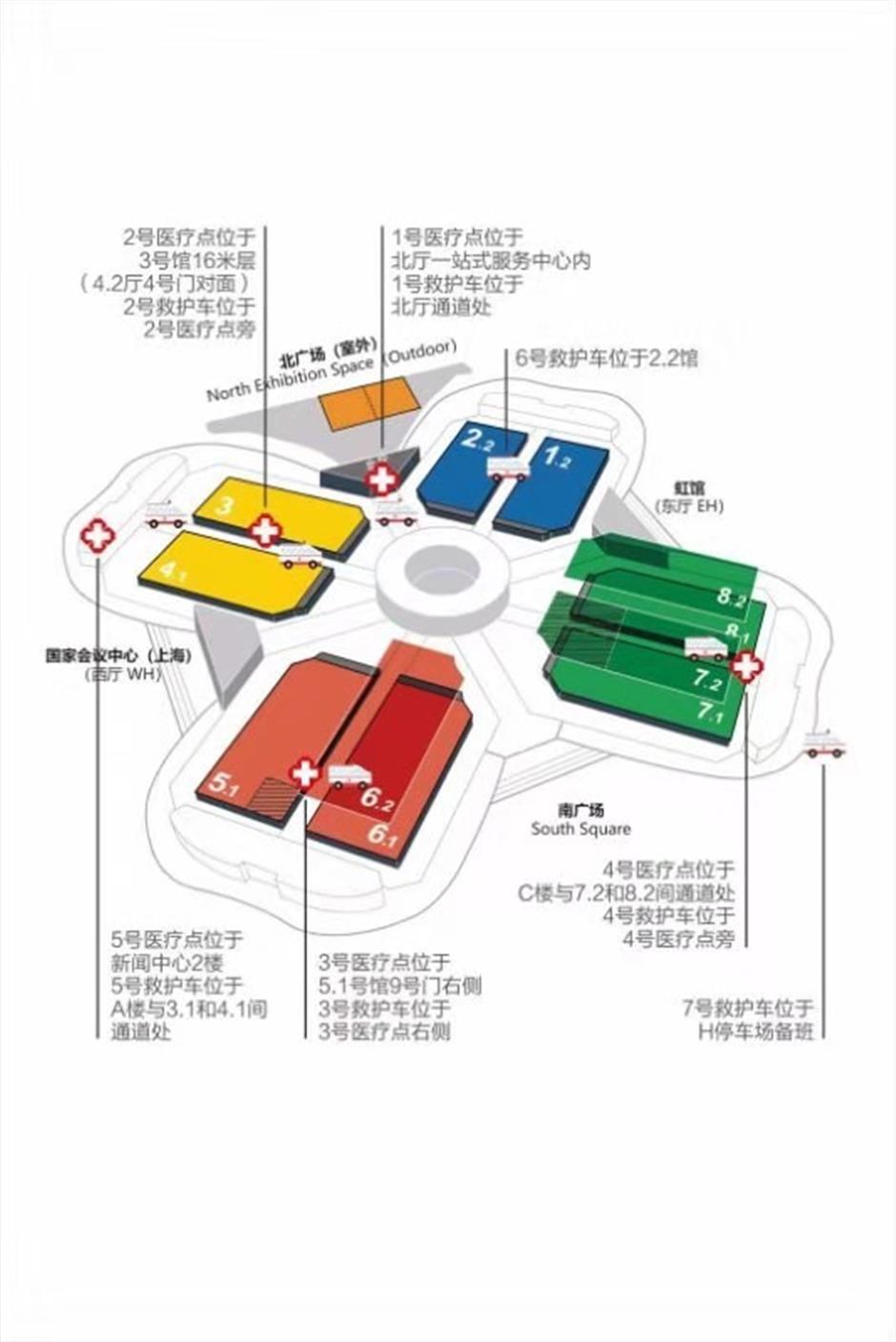 Locations of the five medical stations.

There are five medical stations inside the National Exhibition and Convention Center, venue for the second China International Import Expo. Medical staff, volunteers and other professionals are available to provide first aid and medical services and infectious disease monitoring, said Shanghai Health Commission.

Huashan Hospital carried out an emergency drill on Friday.

The drill, which simulated a stampede took place inside CIIE venue and a large batch of "patients" were taken to Huashan Hospital’s Hongqiao branch in Qingpu District, as one of the designated hospital for the CIIE. 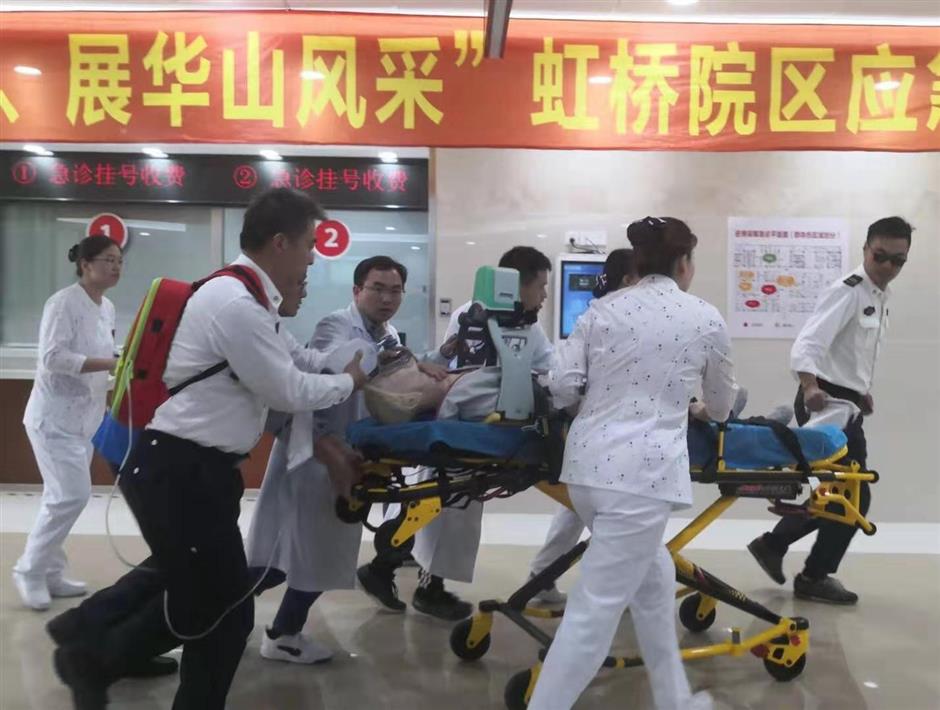 An emergency drill is taken at Huashan Hospital's Hongqiao Branch on Friday.