In the afternoon, Xi visited the Yangshupu water plant in Yangpu District and the Gubei Civic Center in Changning District, to learn about the planning and construction of urban public space as well as community governance and services. 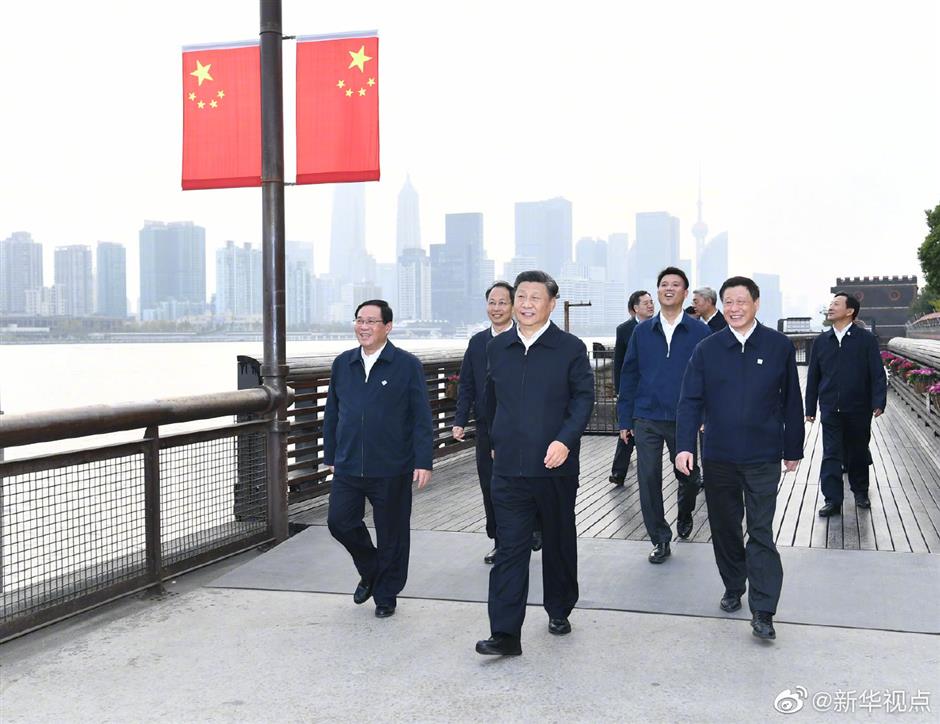 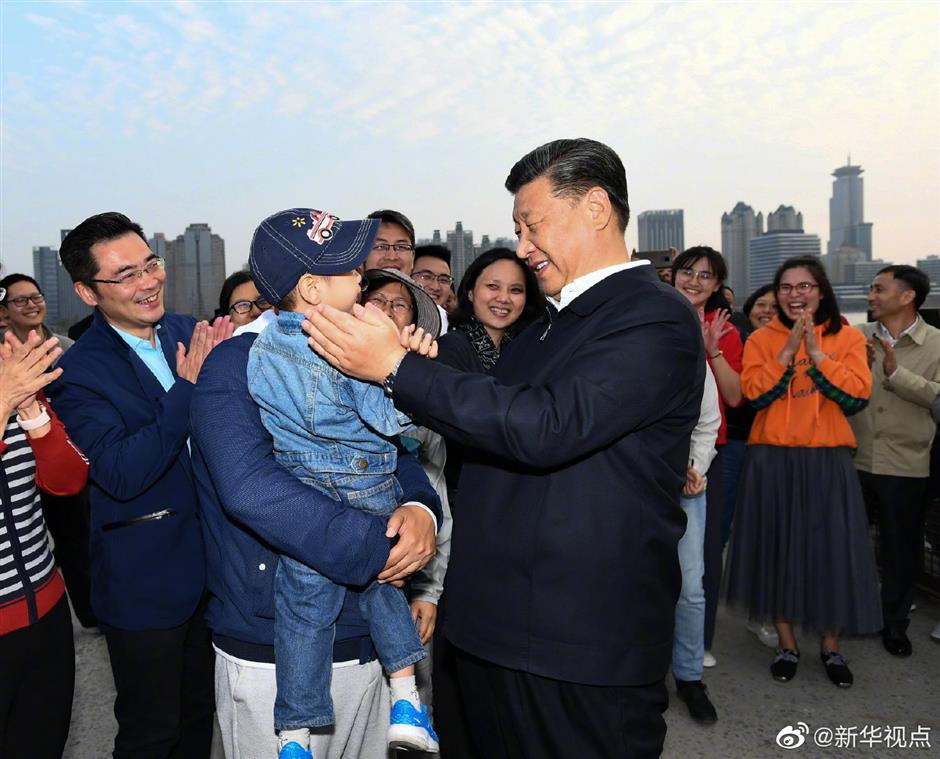 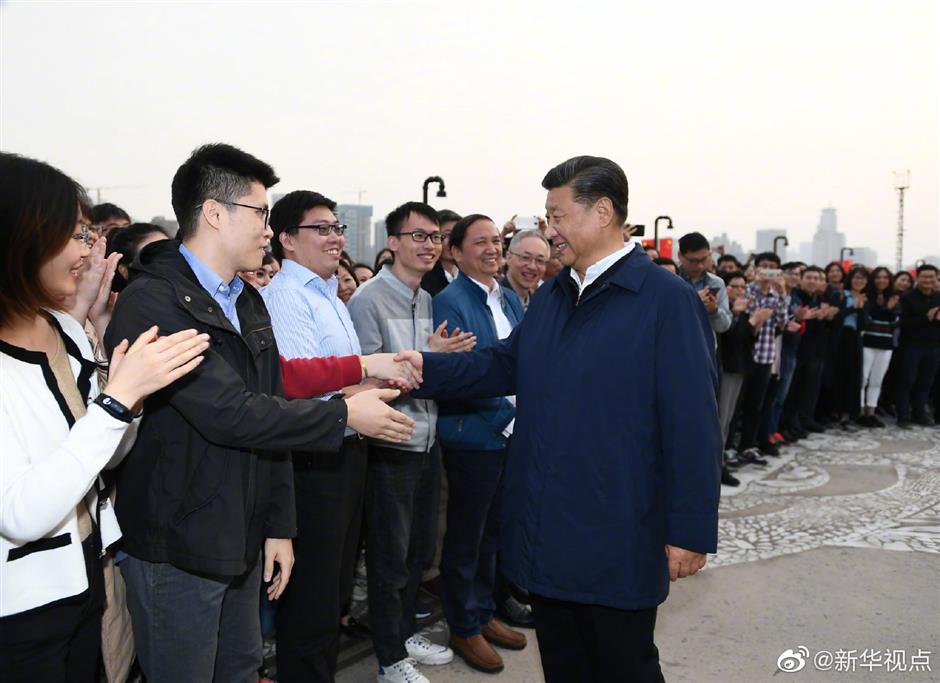 "The cities are built by the people and are for the people," Xi said while visiting a section of the Yangshupu water plant.

People now have a sense of happiness and gain as the previous rust-belt area, which had witnessed Shanghai's century-old industrial development, has now turned into a beautiful livable zone, Xi said.

Xi called for efforts to reasonably arrange the space for production, living and ecological purposes and expand public space so that the public would have places for leisure, fitness and entertainment.

"We should let the city become a paradise for the public to comfortably live and work in," Xi said. 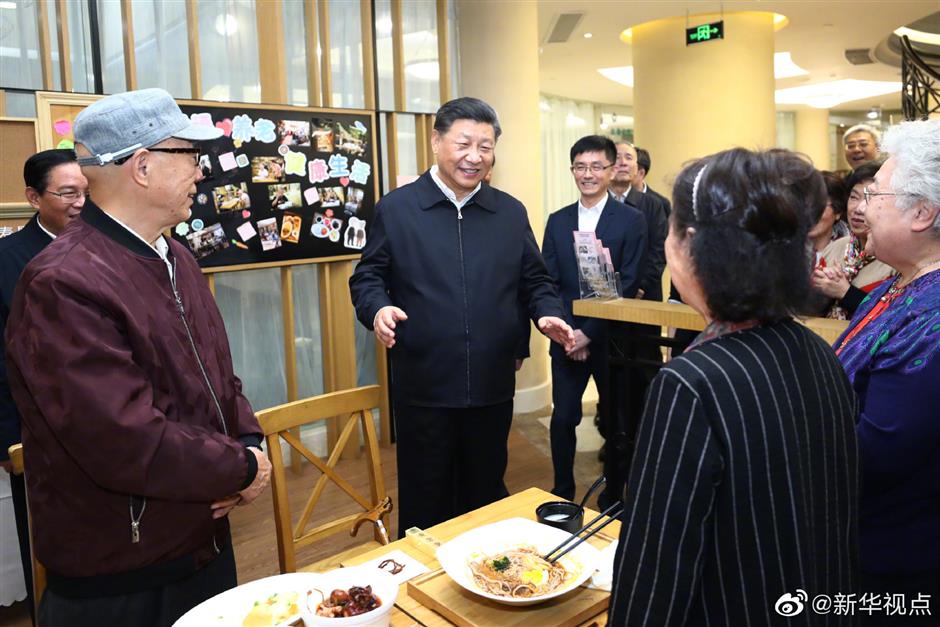 President Xi Jinping talk to the residents at the Gubei Civic Center. 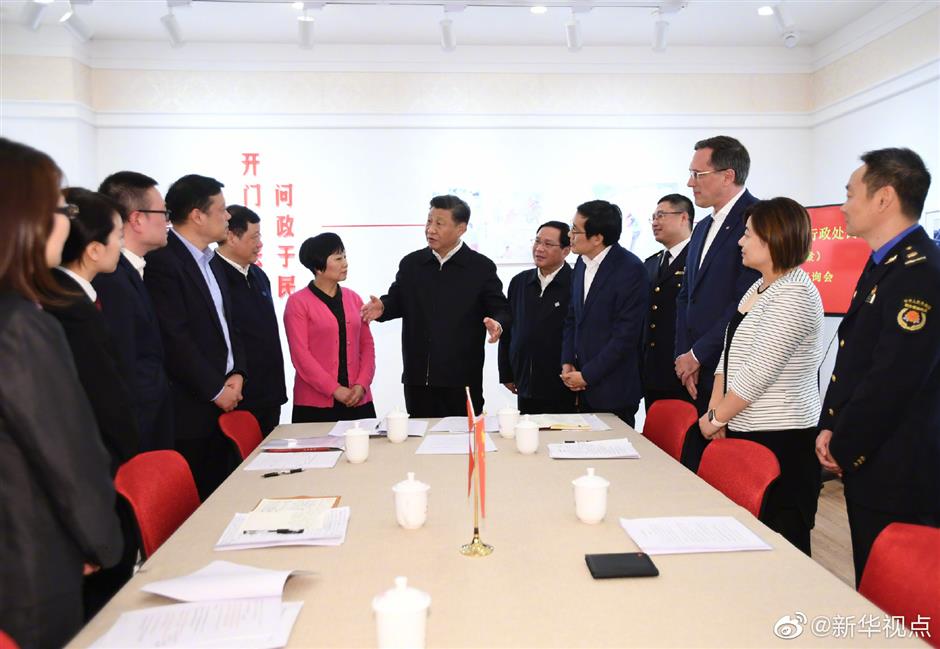 President Xi Jinping talk to the residents at the Gubei Civic Center.

Xi also said China's people's democracy is a type of whole-process democracy when he visited the Gubei Civic Center at a time a consultation meeting on a draft law was being held. Xi talked to both the Chinese and foreign residents attending the meeting and asked in detail about the work of soliciting opinions on the draft.

Xi said China is on the path of socialist political advancement with Chinese characteristics, where all major legislative decisions are made after going through procedures and democratic deliberations to make sure the decision-making is sound and democratic.

He called on more efforts to develop socialist democracy with Chinese characteristics.