The operation, which involved inserting electrode poles into the patient's cochlea, was conducted using a robotic arm instead of a doctor’s hand to improve stability and accuracy, the hospital said on Monday.

“Artificial cochlea implant surgery is the most effective treatment for patients with serious hearing disability and over 800,000 people have received such implants around the world,” said Dr Wu Hao, chief surgeon of the first robot-assisted implant operation. “The procedure requires a high degree of surgical skill, due to the small operating area and the need for accuracy. It's difficult to avoid shaking of the fingers, or an imbalance of strength, when inserting the electrode poles, which are 0.4 milliliters in diameter and 20 to 30 milliliters in length. Any shake or improper pressure can cause damage to the delicate structure inside cochlea.”

The hospital has established a Sino-French joint robot laboratory dedicated to otology surgery with Paris Public Hospitals Group. It will also boost domestic production of high-tech products and the transformation of clinical research into practical devices. A new generation of medical devices for otology surgery is also under development. 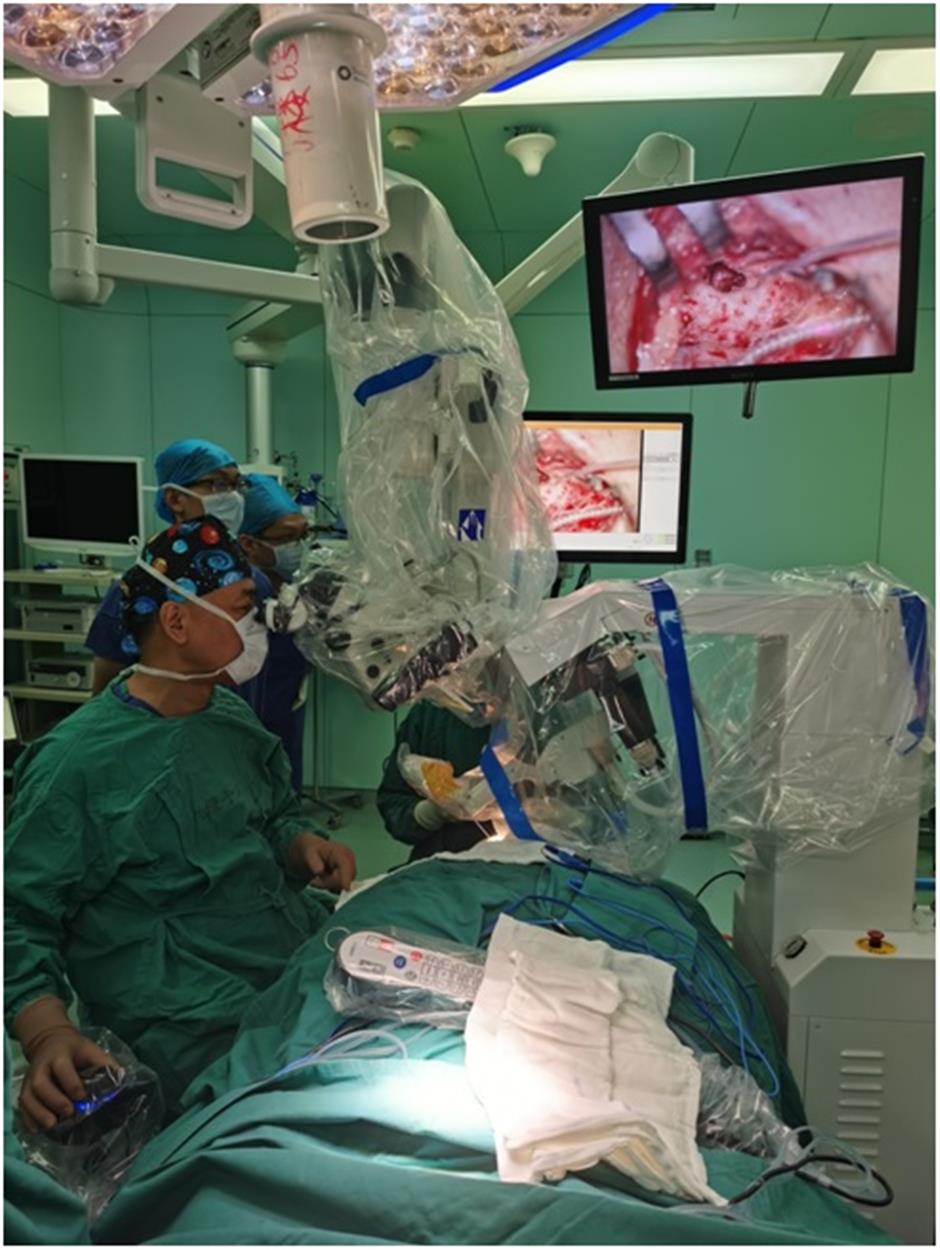