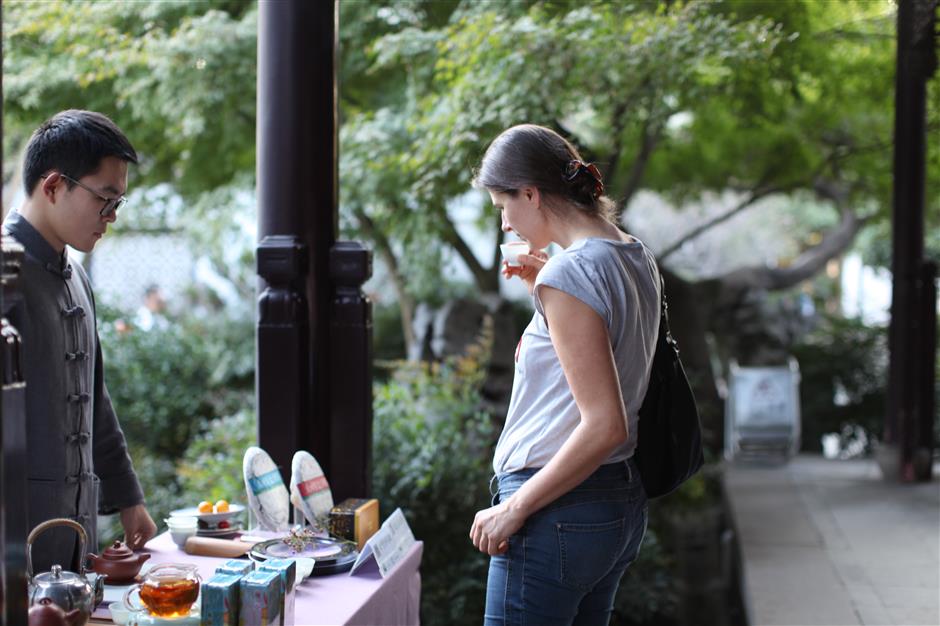 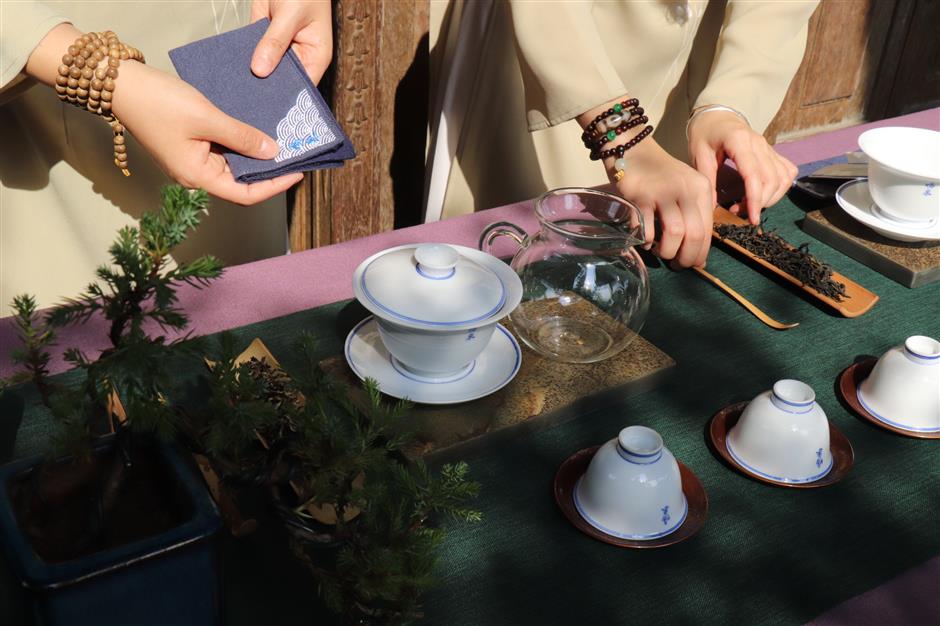 A tea ceremony is performed during the event.

A tea culture exchange event was held at Guilin Park in Xuhui District over the weekend, filling the classic Jiangnan-style (regions to the south of the lower reaches of the Yangtze River) garden with the fragrance of tea and books.

Visitors were invited to sip about 10 varieties of tea such as Pu'er tea, black tea and Oolong tea brewed by tea houses in Xuhui.

Bookstores in the district brought tea sets and tea books to the event.

Lectures and discussions on tea culture were held on topics such as tea and collection, tea and health, and tea and haipai (the unique Shanghai style of East-meets-West) culture.

The event was hosted by the Shanghai Xuhui Tea Culture Society, established in 2017. Managed by the Xuhui District government and Xuhui District Administration of Culture and Tourism, the society aims to promote a healthy lifestyle and create a Chinese tea culture exchange platform.

Guilin Park, a Jiangnan-style classic garden built in 1929, is known for its dense woods of 1,000 osmanthus trees. 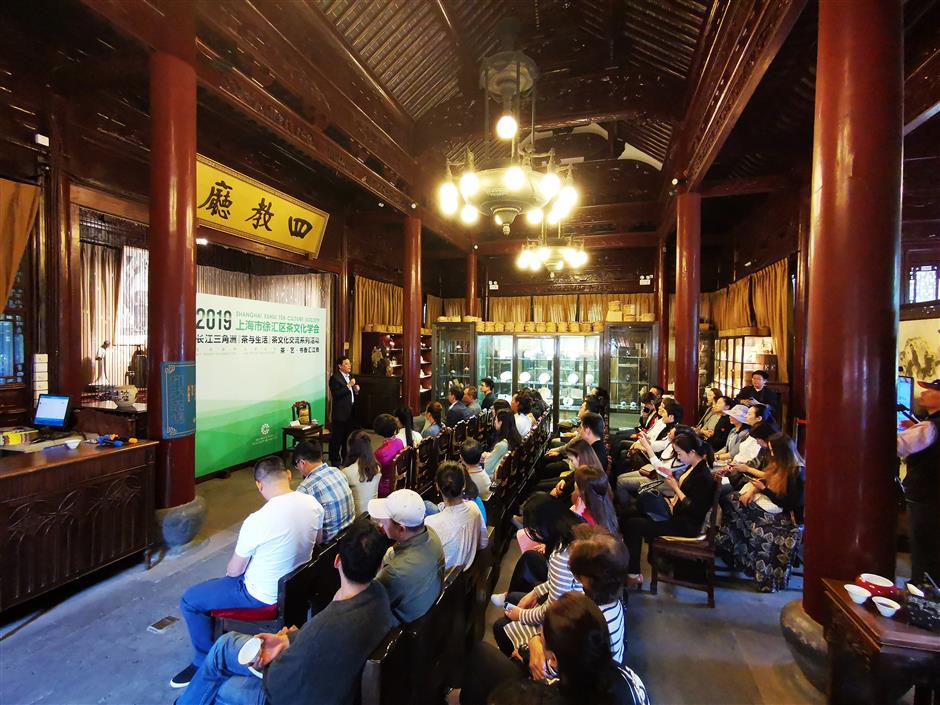