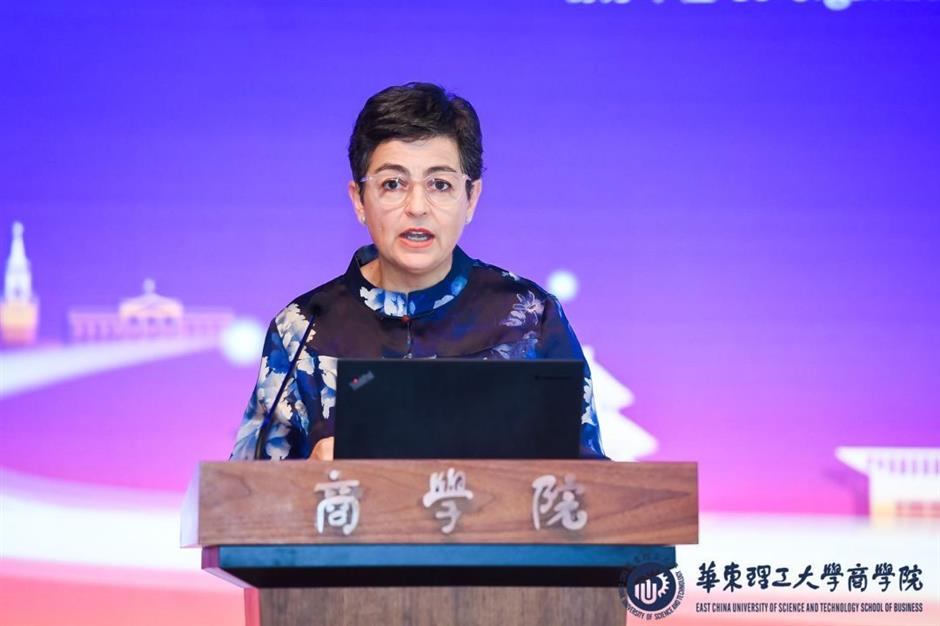 Arancha Gonzalez said China had important messages to the rest of the world.

Arancha Gonzalez, United Nations assistant secretary-general and executive director of the International Trade Center, praised the China International Import Expo at a conference in Shanghai on Monday, ahead of its opening on Tuesday.

She said the world was experiencing downward economic growth and investment, as well as a loss of business confidence, but with the expo and the Belt and Road initiative China was sending a message that it would continue to open up and reform its economy to the benefit of all.

Gonzalez was speaking at the 2019 International Forum on Imports at East China University of Science and Technology School of Business.

She warned that unilateral trade measures would bring more uncertainties and affect more enterprises, leading world trade into a period of depression.

China was playing an increasingly important role in the world, she said, which was important to both developed and developing countries.

Opening up and continuing to support development of Belt and Road countries could benefit China’s economic development, Gonzalez said, promoting the vitality of its enterprises and adding vitality to world trade.

Gonzalez said the expo had attracted more than 100 medium and small enterprises from 25 countries last year, leading to more deals and contracts with their Chinese partners. This year, the companies will return to the expo to get more involved in the development of world trade, she said.

She said climate change had pushed all countries to lower trade barriers, especially for green technologies, and encouraged China to play a bigger role in transferring green technologies via the initiative and the expo.

A Lingang-East China University of Science and Technology Research Institute of Free Trade Zone Innovation was established during the forum. It will explore routes for word trade and sustainable development.