Not just trade but culture too

The China International Import Expo is not only a trade carnival for business people around the world but also a cultural feast offered by artists from all over the country.

Some arts would hardly be seen but for the expo. Paper-cutting from Tian Yali is one of them.

Tian, an inheritor of intangible cultural heritage, is from Junyi, a small county in Tongchuan in Shaanxi Province. She was making paper earrings when Shanghai Daily was at the pavilion.

“Our local tradition is to wear paper-cutting accessories at weddings or other celebrating events,” said Tian. “Most of my works also reflect the daily routines of local people.”

A four-meter-tall paper-cutting scroll hangs at the entrance to the pavilion. Tian said it took two months to design and make. It celebrates the 70th anniversary of the founding of the People’s Republic of China.

The scroll, using bright red paper, depicts people young and old celebrating in Tian’anmen Square. After the expo, Tian is donating the artwork to a museum in Shanghai.

“We bear witness of how life is much better in northwest China,” said Tian. “And through my paper-cutting, I’d like to share such joy with the world.” 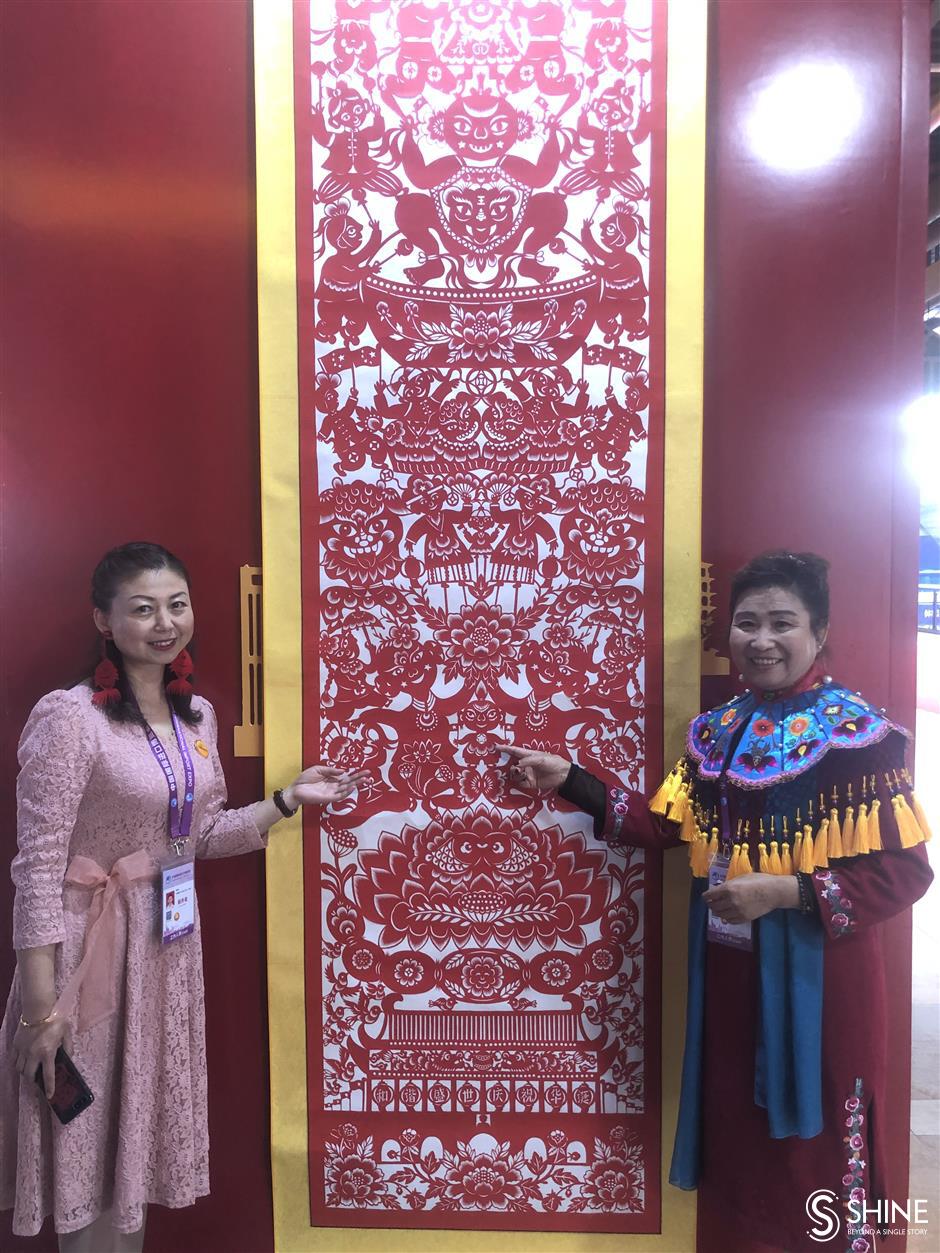 Paper-cutting artist Tian Yali (right) with her apprentice who wears a pair of paper earrings sitting in front of a four meters long paper-cutting scroll crafted by Tian.

A few steps away, Wang Tianwen is showing volunteers how to play with his shadow puppets.

“You see the five figures here, they represent the five roles in a traditional Chinese opera,” Wang told volunteers as he controlled the strings to make the puppets move. “A skilled puppet master should be able to control at least all five of them and complete a play.”

Wang told Shanghai Daily shadow play can be traced back to the Yuan Dynasty (1271-1368) in the 13th century.

Though shadow play is a tradition in many places in China, Shaanxi shadow plays stand out for their elaborate puppet figures, Wang said.

“All the figures are made with cow leather,” said Wang. “You want to be able to tell all details of the past through the shadows and lights on a curtain.”

As an example, he cites the ancient practice of foot binding at a time when small feet were considered beautiful and the way young women walked was considered decent.

“I made the bound feet for the figure to restore the historical context,” said Wang. “While you play the puppet, you also want to demonstrate how the woman sits and kneels, even a skilled master of puppets will lose the essence of such details if the figure is not properly made.”

Wang, who is 70, has been making puppets for over 50 years. He is now focusing on passing on his skills.

“My daughter is also a puppet crafter now,” said Wang. “She brought in some new ideas into this traditional business.”

With his daughter, Wang started making figures from not only traditional opera figures but also characters from popular animations.

“Times are changing, and the art should also keep up with them to maintain its vitality,” said Wang.

For the expo, which opened on Tuesday, Wang and other artists from the Shaanxi Province Pavilion have prepared many interesting experiences and small gifts.

“The expo has given us an excellent chance to show the world our beautiful culture,” Wang said. 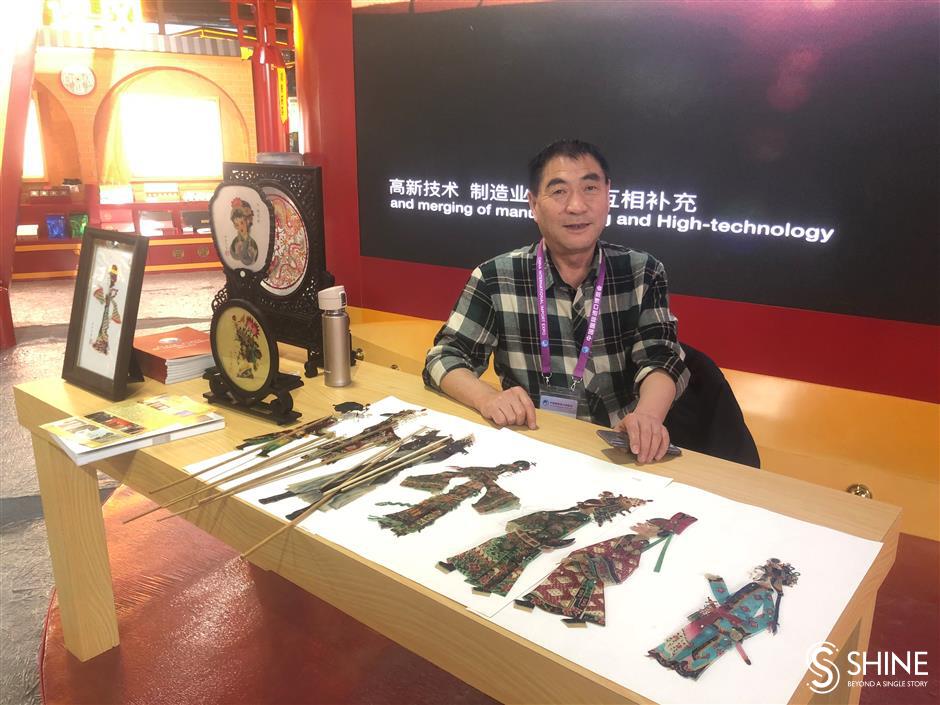