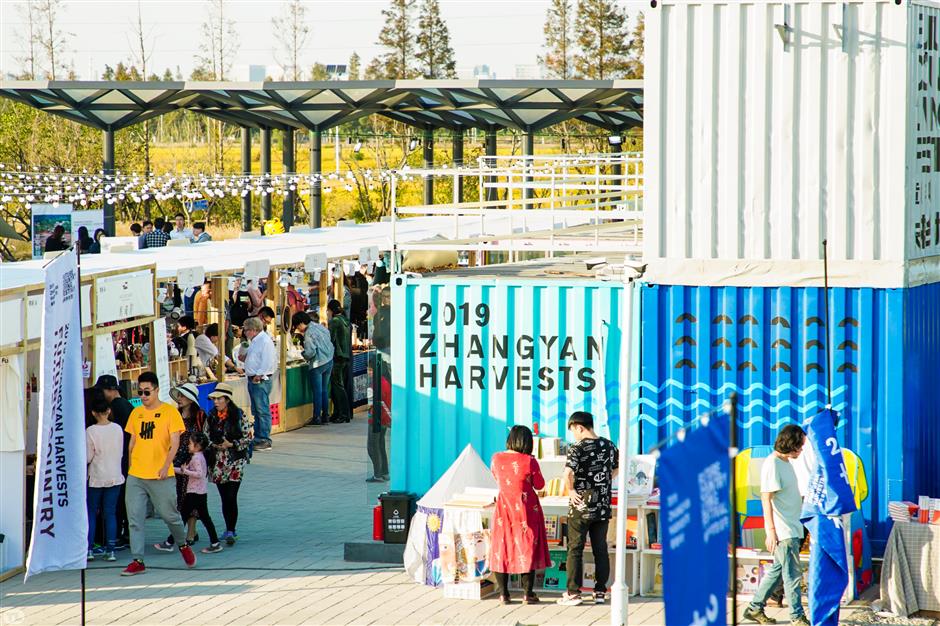 The 2019 Zhangyan Harvest and Future Country Living Festival is held at Zhangyan Village in Chonggu Town of Qingpu District.

A unique harvest festival has opened in a historic village in Shanghai's northeast outskirts with innovative exhibitions, workshops and markets to explore the future of rural life.

Professors, architects and designers jointly launched the Harvest and Future Country Living Festival in Zhangyan Village, which dates back to the Tang Dynasty（AD 618-907), in Chonggu Town, Qingpu District.

Visitors can get inspired by colorful exhibitions, learn folk heritage skills at workshops, shop at bazaars stocked with well-designed rural products, as well as experience the labor of local farmers by harvesting a rice field every weekend during the festival, which runs through November 24.

The festival, jointly planned by Lou Yongqi, dean of Tongji University's College of Design and Innovation; John Thackara, a senior fellow at the Royal College of Art in UK, and architect Aldo Cibic from Italy, is part of the township government efforts to convert the traditional agricultural town into a demonstration area of urbanization in rural Chinese towns.

The festival has gathered sustainability practitioners from home and abroad, scholars and social organizations to discuss the food, clothing, accommodation and transport in villages of the future, said Jin Biao, Party secretary of the town.

"The event will offer the best reference of the town's sustainable development and help to create a better life for villagers," Jin said.

Chonggu is next to the Hongqiao Central Business District, where the China International Import Expo is taking place. The town plans to build a technology industrial park and a rural revitalization zone. 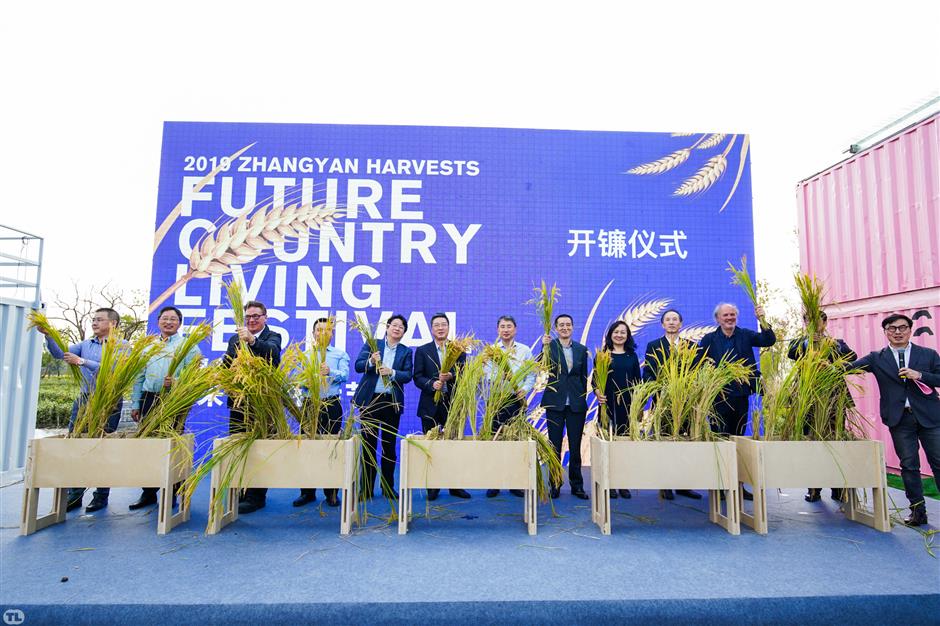 Professors, architects and designers try their hands at paddy harvesting to launch the Harvest and Future Country Living Festival in Zhangyan Village in Chonggu Town of Qingpu District. 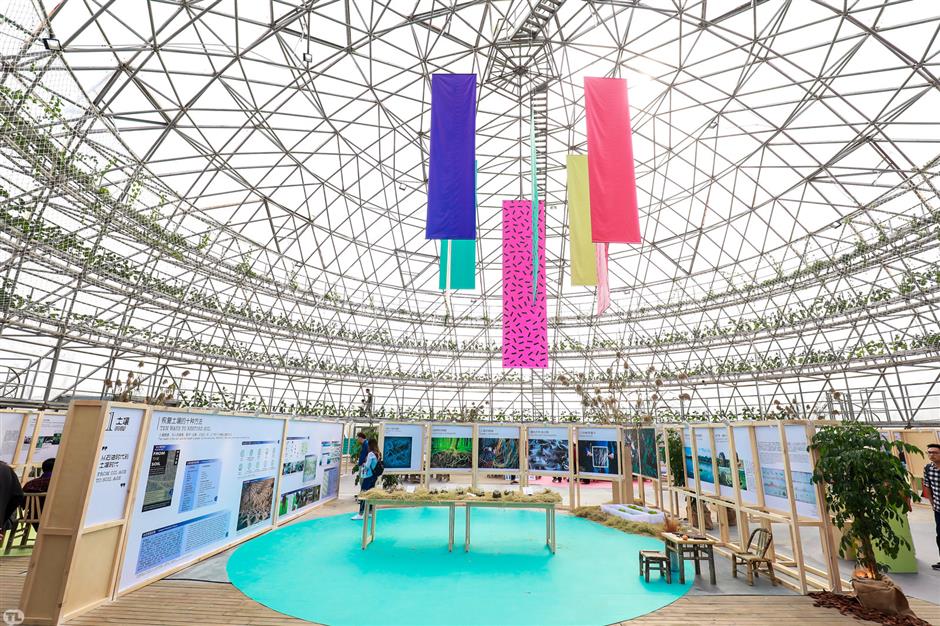 The main exhibition is "Urban-Rural Future Lab," created by John Thackara, a senior fellow at the Royal College of Art in UK, for the 2019 Zhangyan Harvest and Future Country Living Festival.

The village originated as a prosperous marketplace along the ancient Tongbotang River. It once featured numerous stores opened by grain and silk merchants, along with teahouses and hostels. It was nicknamed "Gold Zhangyan" in its heydays, but later became a place of agriculture when business and trade eventually relocated.

More than 30 projects and art installations from over a dozen of artists from both home and abroad are being displayed in the ancient village. Themes range from green construction, environmental friendly materials, ecological restoration, intangible culture heritage, waste recycling, cultural revitalization, community building and entrepreneurship.

The main exhibition "Urban-Rural Future Lab" was arranged by Thackara, who is known for his previous exhibitions at Eco City Lab in France and the Dott Social Innovation Fair in UK. His first exhibition in China offers a vision of a future "urban village," where urban dwellers can become part-time farmer and farmers can become involved in urban life.

As part of the exhibition, discarded jeans are collected and recycled into fashion products. Coffee grounds from cafes are converted into ecological fertilizers. Many ancient rural traditions are joined with new technologies such as the Internet of Things and artificial intelligence.

"Village can become the source of innovation," said Lou. Local villages can focus on innovative agriculture while helping to revitalize rural organizations, talent, industries, culture and ecology, he added.

During the festival, visitors can also borrow a sickle and a pair of gloves to harvest the village's paddy field. The rice they harvest will be dried and sent to their homes. 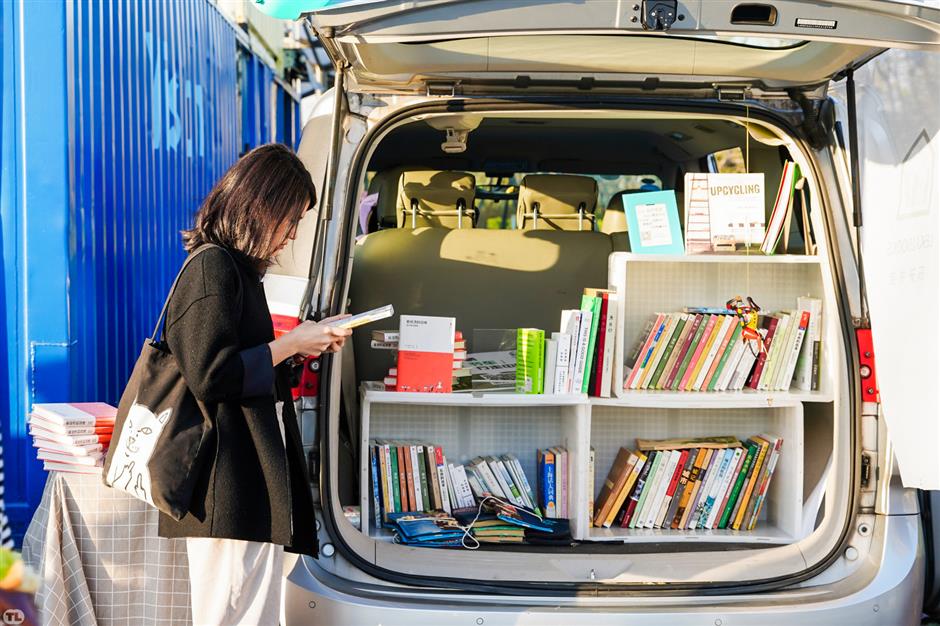 A visit browses an exhibition at the 2019 Zhangyan Harvest and Future Country Living Festival. 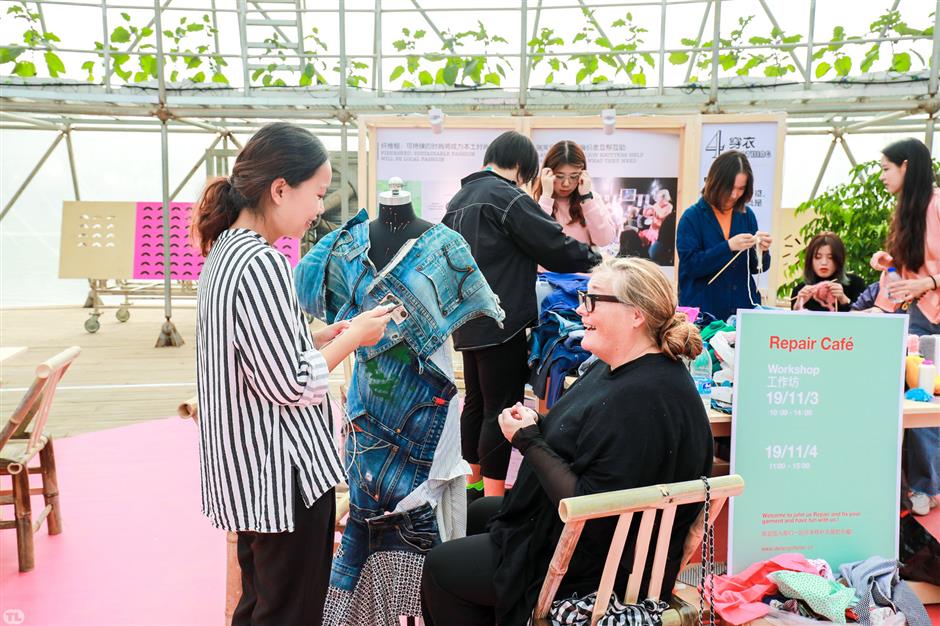 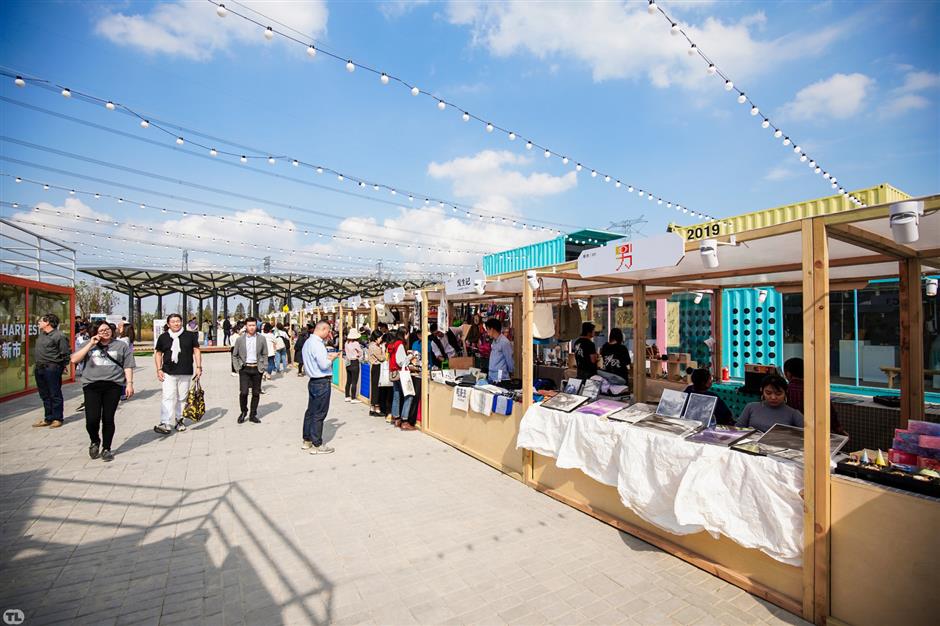