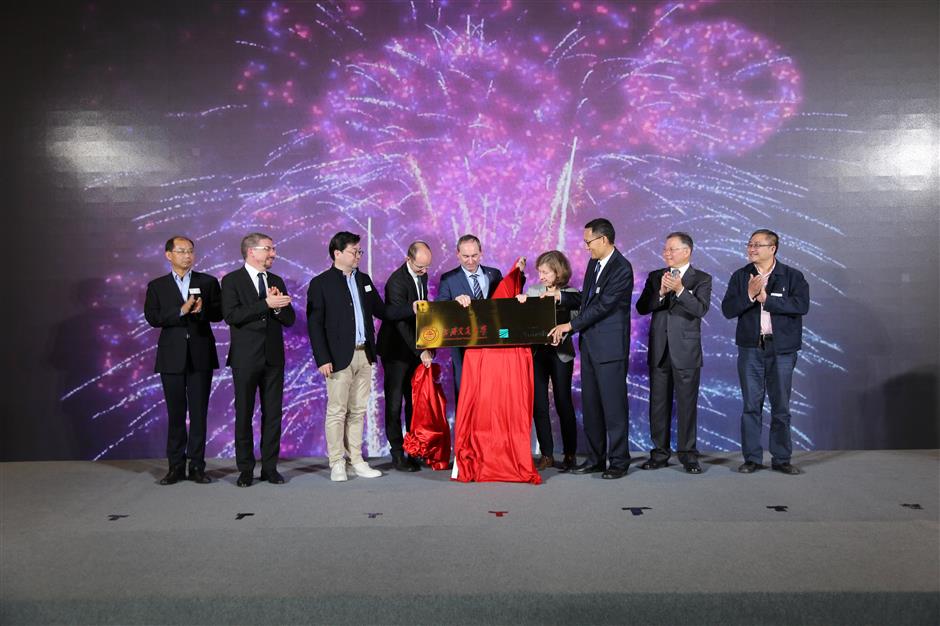 The Fraunhofer Project Center for Urban Eco-Development is inaugurated on Monday.

A new international project center in pursuit of an eco-friendly urban future through cutting-edge technologies has been launched in Shanghai.

The center, with offices in Yangpu District, will focus on research in smart cities, green buildings and urban management. It aims to turn academic results into industrial practices, to be applied in Shanghai as well as other Chinese cities.

On the agenda for the next two years are plant-based natural water retention strategies, which can play an important role in sustainable urban water management, according to Gunnar Grün, deputy director of the Fraunhofer Institute for Building Physics.

Back in Germany, many buildings were built in the 1970s and can't meet today’s demands for modern living and sustainable development. So they were renewed from the inside out, including with new-energy systems. Such solutions can also be applied in China as well, he told Shanghai Daily.

China has enormous market demands and opportunities in the areas of smart and ecological construction and urban development. However, the supply of relevant technologies and approaches is lagging.

“We don’t have such a big city like Shanghai in Germany,” Grün said.

“They have advanced technologies, and we have a big market,” said Li Hong, executive director of the Fraunhofer project center in Shanghai. “Especially, they have developed a system which can detect damage inside old buildings. In China, we have so many urban renewal programs featuring heritage-listed buildings. The system can greatly help us.”

Though the project center was just launched, Li said some of Shanghai’s leading companies have already come forward for cooperation.

“We’ve reached an agreement with the Shanghai Industrial Investment Holdings Co for cooperation in three programs. Within half a year, there will be great progress,” he told Shanghai Daily.

“If Chinese companies approach Fraunhofer-Gesellschaft by themselves, asking to buy their patents, mostly they will be rejected as they can’t get official approval from German authorities. But this center helps to remove all these barriers,” he said.

It is the second Fraunhofer project center in Shanghai and China. The first one, the Fraunhofer Project Center for Smart Manufacturing, was established in March in Lingang, an emerging smart manufacturing base in coastal Pudong.