When people talk about Gansu, the province of the glorious Mogao Caves, they often mention the silk road that flourished in the Tang Dynasty (AD 618-907), its rich Buddhist culture or its famous beef noodles.

Ruan Lin brought another of the province's delights to the second China International Import Expo — the ingenious art of gourd carving.

Within five minutes, Jinbao, the expo mascot, is smiling and waving at people on a small gourd no larger than an egg. 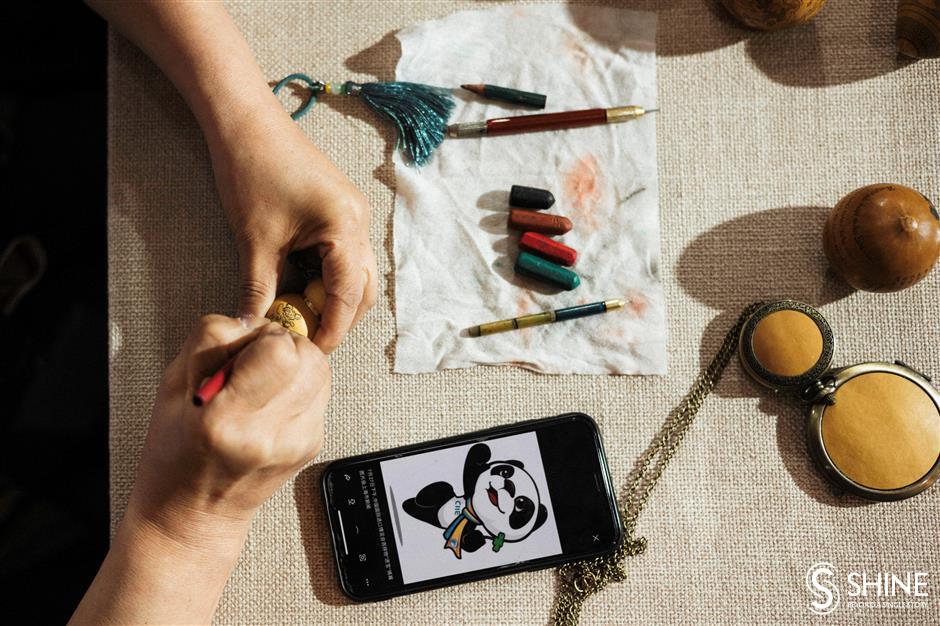 Ruan is an inheritor of the province-level intangible cultural heritage. It might look easy when the tools are in Ruan’s hands, but the bruises and calluses tell the story of the painstaking practice behind her proficiency.

“Such microscopic carving sometimes takes months or even years to finish,” she said. “Gourd carving is still a niche culture outside Gansu.” 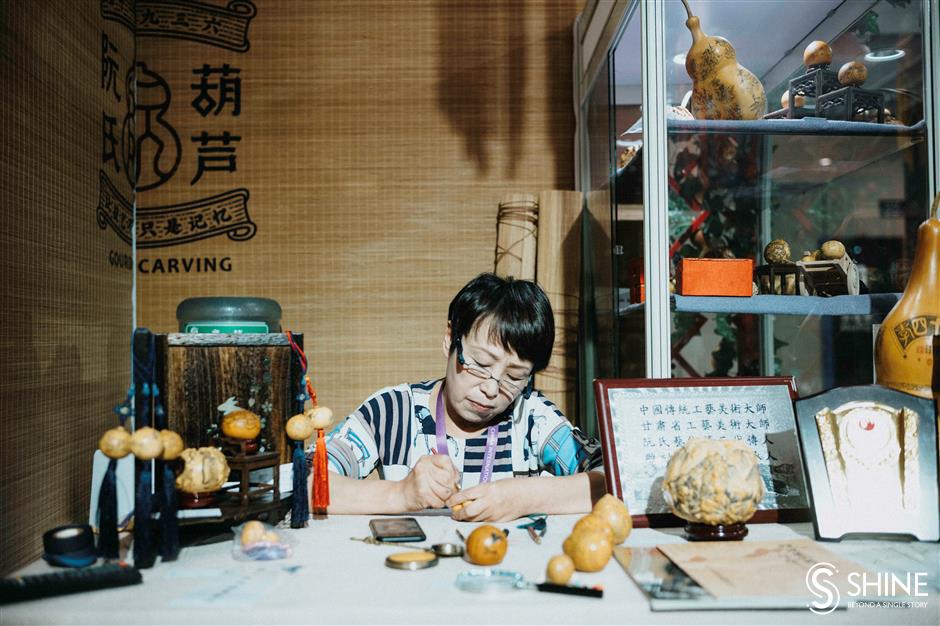 Ruan Lin, a master of the art of gourd carving, at work.