The Xinjiang Uygur Autonomous Region’s pavilion of intangible cultural heritage on the footpath between Hall 1 and 2 drew a crowd on Tuesday afternoon with its melodious music. The Kazakhs ethnic group dancers gave an improvisational performance that drew rounds of applause from the visitors.

Music was one of the nine tangible heritages the autonomous region brought to the China International Import Expo. Others included embroidery, pottery, silk and jade craft.

Paerhati Abudusufuer from Kuqa in the region's Aksu Prefecture brought 43 traditional Xinjiang instruments, every one of them handmade by him and his apprentice.

“It is such a good chance for us to enjoy some authentic culture which we hardly have time to witness,” said Xie. “I bought the dap for my son who is quite fond of percussion instruments.”

Abudusufuer said the distinct tone of the instruments was one of the most important features that shaped the soul of Xinjiang music.

“We came from the far west of China,” he said. “The expo gave us a precious opportunity to let our music and culture be heard.”

“First you pick the right wood, then you peel it and shape the instrument,” he said. “It is quite delicate for a minor deviation will make the instrument out of tune.”

Yet such time-consuming craftsmanship is driving more and more young people from the job. Abudusufuer is the third generation of his family making musical instruments, but feared for the future of the craft.

As fewer people in the urban area were willing to take it up, Abudusufuer moved his workshop from Urumqi, the region's capital, to his hometown of Kuqa.

“We have a workshop that can house some 400 instrument makers,” said Amanguli Ahemaiti, Abudusufuer’s translator and assistant. “Now we have about 75, all of them were local farmers who learned the skills from Abudusufuer and 35 of them came from families in grave poverty.”

Abudusufuer said traditional cultural heritage can only be truly saved when people feel fulfillment from it.

“If what I’m doing can drag my compatriots out of poverty,” he said, “that would be a real blessing that the culture can bring to human beings.” 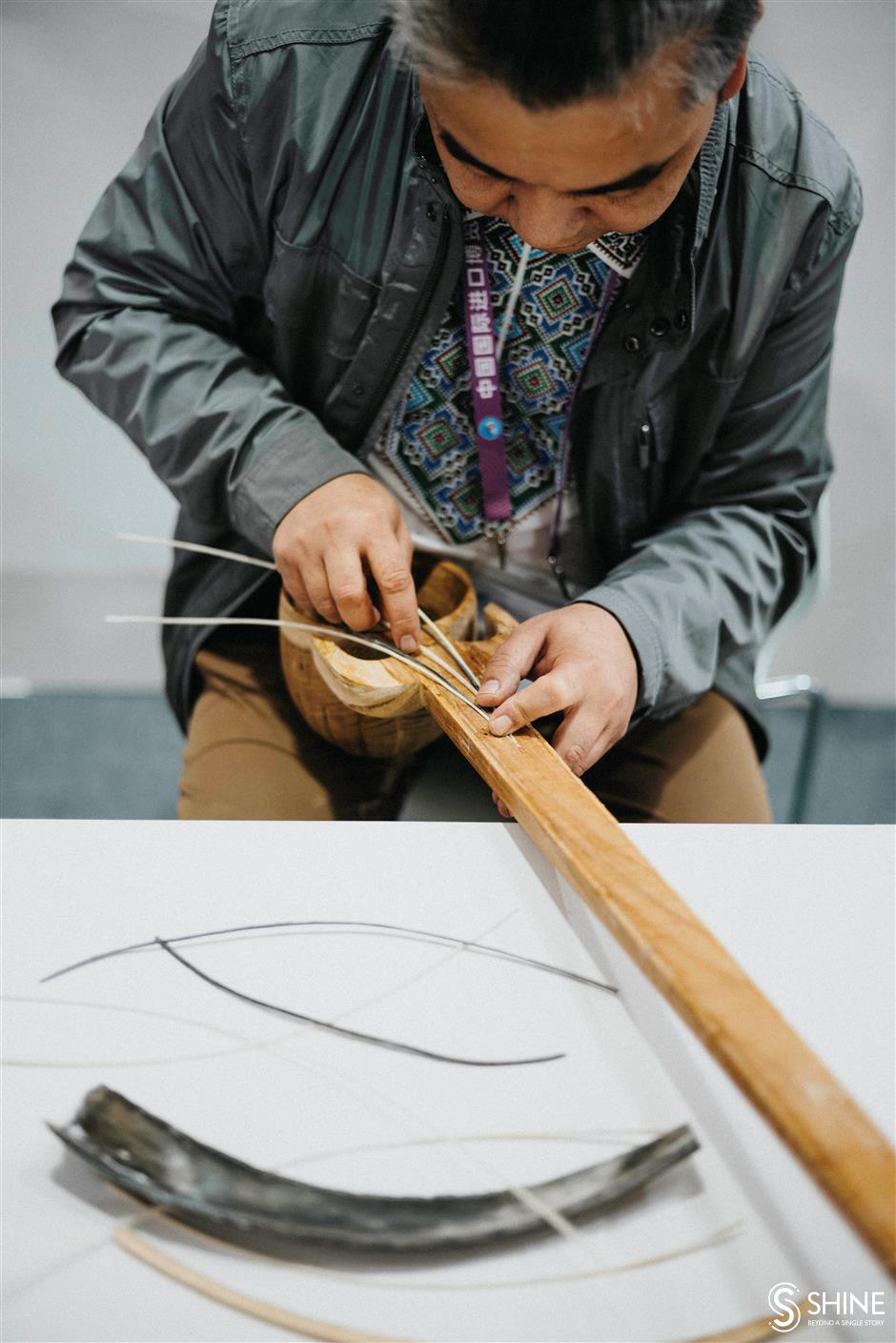