It's back to the future at the 2nd import expo

In case you’ve been living under a huge rock, you’ll already know that the second China International Import Expo has well and truly begun, and I’m back at the exhibition center making my way around 360,000 square meters checking out what’s new. And there’s a lot!

The expo, in case you didn’t know, is the world’s opportunity to bring goods and services right into China in the hope of attracting new customers in the most populous nation on Earth. In fact, around 3,000 enterprises from more than 150 countries and regions are here showing off their finest at the import expo. 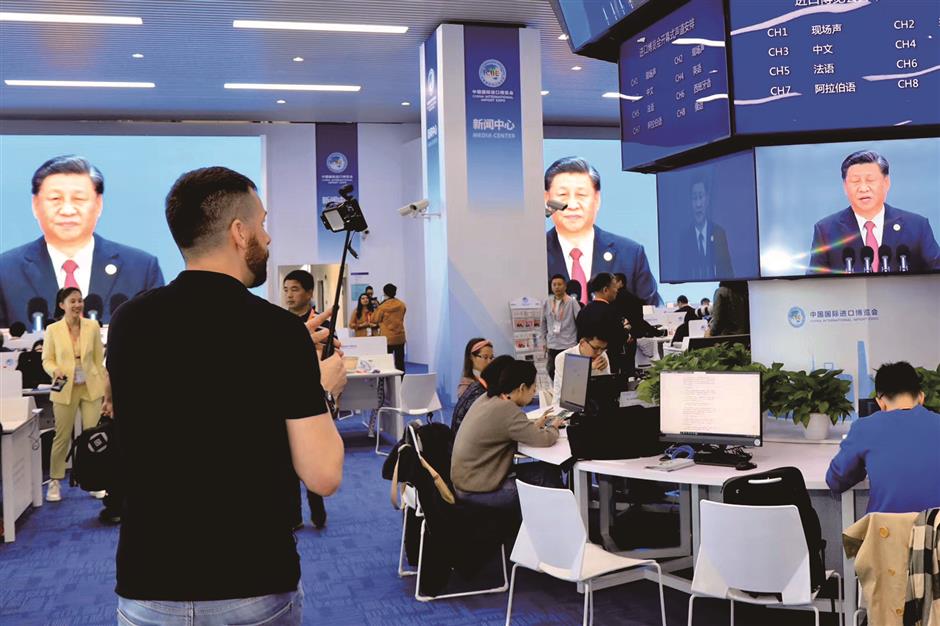 Andy vlogs at the expo media center when Chinese President Xi Jinping delivered a speech at the opening ceremony on Tuesday.

Those things range wildly from honey and milk to cars (including self-driving and flying versions), planes, makeup, robotics, logistics and more.

This year’s expo opened with much the same fanfare as last year, and while I wasn’t honored with the opportunity to see President Xi in the flesh at his opening address, I did enjoy his speech at the expo media center with hundreds of other reporters from around China and the world.

The expo media center this year welcomes around 4,300 journalists, 900 of whom come from overseas. The center is equipped with plenty of work stations, simultaneous translations, fast Internet, professional services and an array of very interesting books on China in multiple languages.

Like last year, many of the local media are interested in interviewing me about my experience covering the expo, and they always look a bit upset when I tell them I represent local media too. Thankfully Shanghai Daily has booked a private office in the center this year, so I can always go there and hide when things start to get a bit tough.

The inaugural import expo last year was already mind-blowing enough, but this year’s just feels that much bigger and more impressive. And it turns out it really is — China’s Minister of Commerce Zhong Shan confirmed that this year’s exhibition space is tens of thousands of square meters larger than its predecessor. The space will be packed with brand-new technologies and products, he promised. 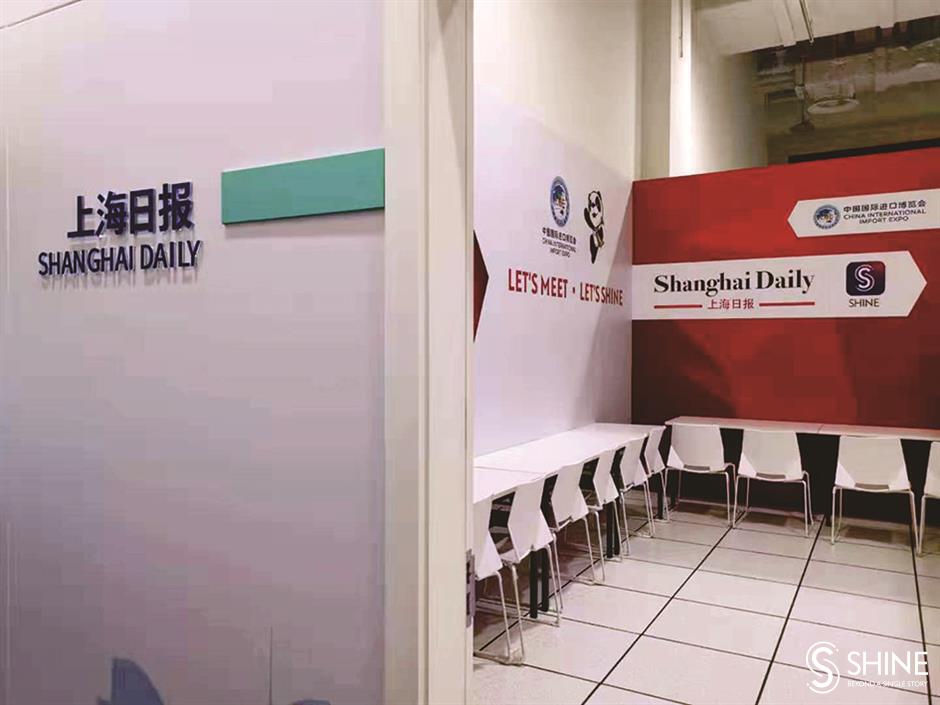 Shanghai Daily has booked a private office in the expo media center this year where Andy can hide when things start to get a bit tough.

Hot stuff to check out

There’s plenty I’m looking forward to checking out that I read about before the event, including flying a simulator for China’s first-ever domestically designed and built large passenger jet, the C919, as well as the latest self-driving technology in the brand-new outdoor experience area.

The space features plenty to play around with, including an ice and snow experience center filled with, you guessed it, ice and snow-related products and services, a self-driving experience using real cars and a giant huoguo (hotpot) from Chongqing. I know this is the import expo but I can’t turn up the opportunity to experience anything hotpot-related! 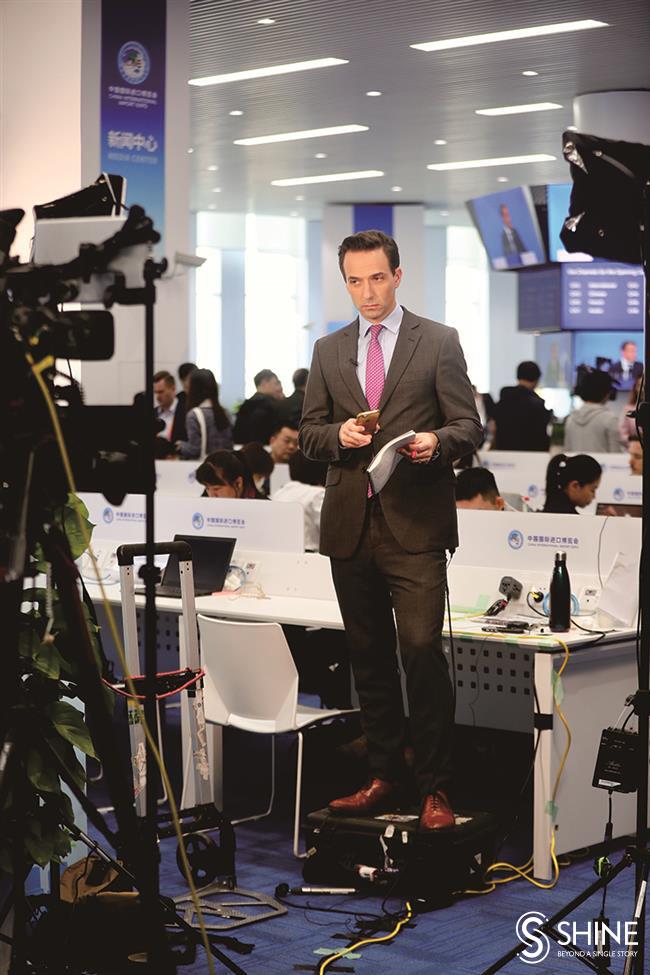 Reporters from around the world are busy working at the expo media center. The center serves more than 4,300 reporters, including 900 from foreign media.

The ice and snow experience center also features lots of virtual reality technology — I was keen to have a go myself until the reporter in front of me got a bit too excited while skiing down a snowy slope that she fell right on her backside. She laughed it off but I wasn’t prepared to suffer the same fate.

The outdoor experience center also features a KFC truck — that’s a first, even for me! Next to an old Shanghai spring-onion cake stand with delicious snacks at least twice as healthy as the Colonel’s offerings, if not nearly as delicious. 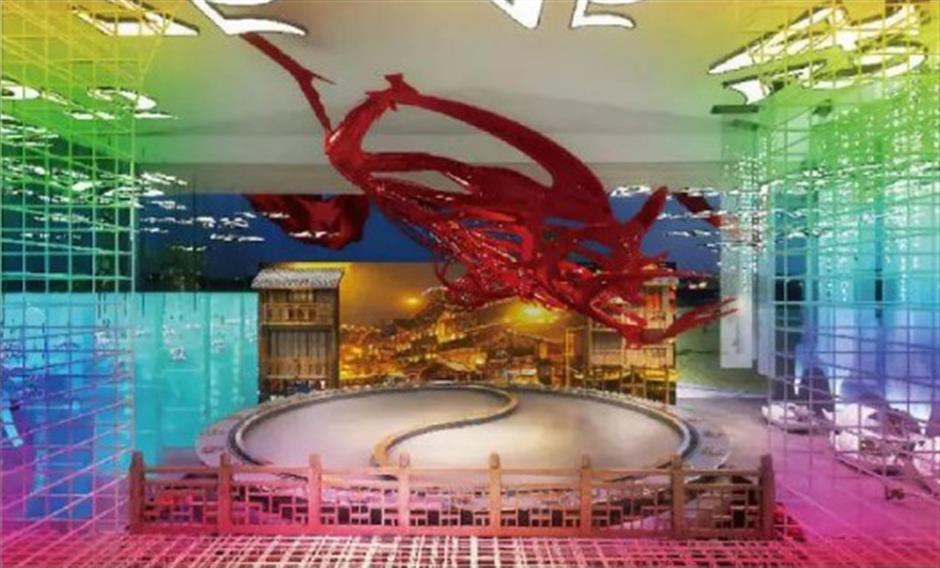 Andy wants to try this giant huoguo (hotpot) from Chongqing, which can let 56 people dine together.

I’ve heard this year also features fresh milk from New Zealand, which is interesting in that most New Zealand milk here in China is either in powder form or of the UHT (ultra heat treated) variety, which allows it to last much longer. Apparently someone has figured out a way to get fresh milk from the farm back in New Zealand to Chinese stores in around 72 hours.

I’m sure there’s plenty more I will discover too, as I continue investigating. See you tomorrow!

>Check out Andy's vlog to learn more about the event!